BBC Naga Munchetty from Breakfast stripped off a dress worn by co-host Charlie Stayt and is facing backlash online after behaving “rudely” during a segment of coverage from an ice cream factory on this morning’s show.

The interview, conducted by reporter Hannah Miller, saw the program go live just after 9am at the Snugburys ice cream factory in Nantwich.

After a cheerful exchange with the factory worker and a tasting of some of the flavors on offer, Ms. Miller returned to the studio and told Naga and Charlie, “It’s definitely not too early. I bet you wish you were here right now!’

As the ice cream machine laughed, Naga chimed in to say, “I don’t like ice cream, Hannah.” 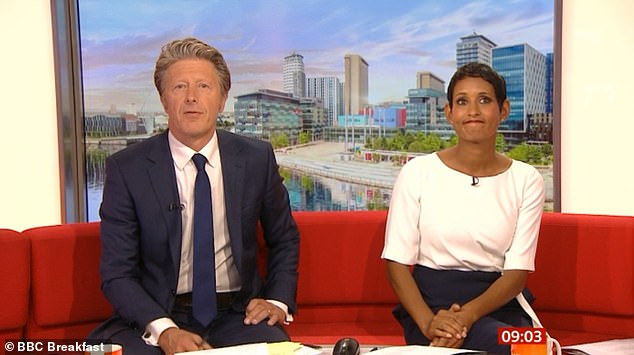 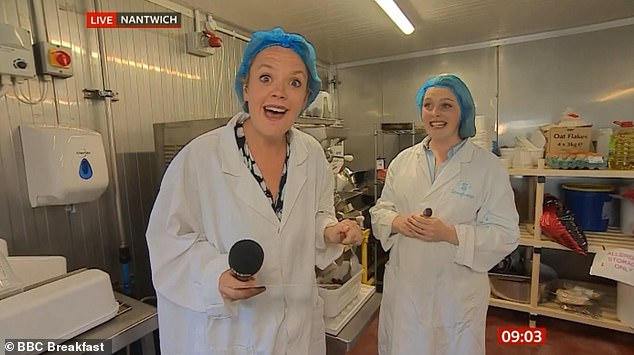 Business correspondent Hannah Miller did her best to keep the segment fun and upbeat, but the ice cream factory worker was clearly quite embarrassed 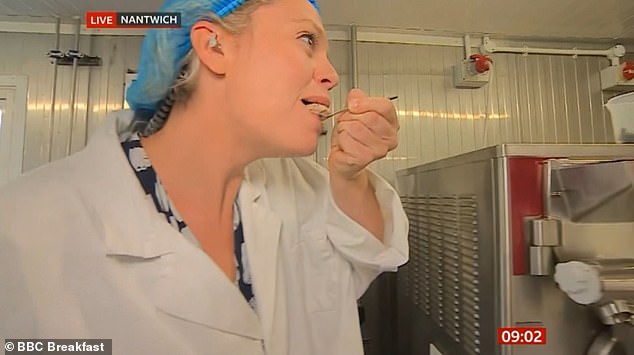 The drama arose after Ms Miller sampled some of the ice cream made at the Nantwich factory, before quipping: “I bet you wish you were here right now!” 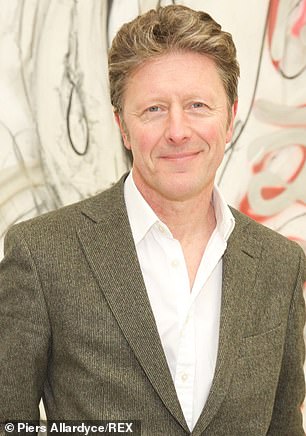 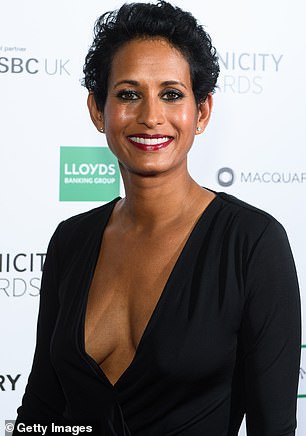 Charlie and Naga have had some tense moments over the past few months, with viewers suggesting they’re not fans of each other

She went on to say that she doesn’t like “cold food,” nor is she a fan of brownies.

The segment got quite chilly as Naga spoke, with some awkward pauses.

But the business presenter ended up trying to put some fun back into it by telling the rather embarrassed factory worker, “Well, I’m having a great time.”

As the camera cut away, Naga added, “Well, I’m glad you enjoy the ice cream.”

But that wasn’t the end of the awkward encounter as Naga’s co-host Charlie challenged her for what she said on live TV.

“Think you turned the tone down a bit, if I do say so?” Charlie commented – he seemed visibly surprised by Naga’s responses during the segment and eyed her intently.

But Naga’s reaction didn’t sit well with viewers as she just laughed and said, “Oh shut up, come on.”

She then said “I’m sorry” but laughed again.

Charlie continued to stare at his co-host and said, “Well, she worked hard to write the story and then…” 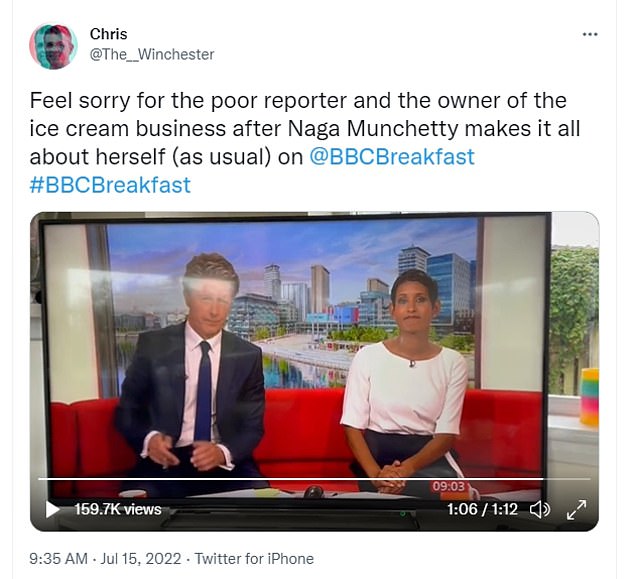 The clip went viral on social media after Chris posted on Twitter claiming Naga was trying to “make it all about herself”. 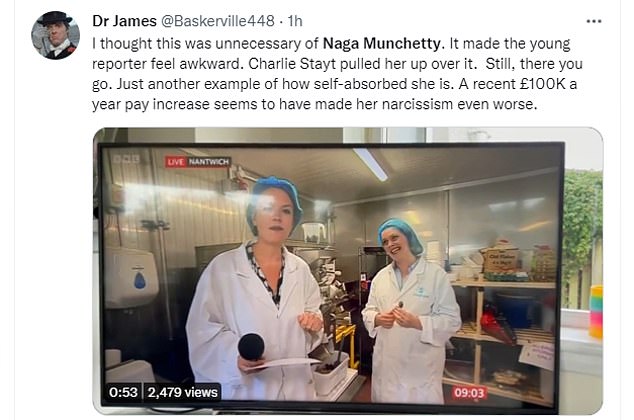 Then he seemed to remember they were on the air and quickly switched back to the autocue to continue with the regular breakfast routine.

The rather tense exchange didn’t go unnoticed, and viewers were quick to share their reactions, calling Naga “rude,” “mean,” and claiming she’s trying to make the program “all about herself.”

Others praised their co-host and Ms. Miller for their hard work and pledged their support to the factory worker in Shot.

However, some viewers saw no problem with Naga’s questioning, pointing out that she apologized after the segment ended.

Her supporters criticized Charlie for “dressing her roughly on national television.”

Meanwhile, BBC Breakfast posted a clip of the interaction on social media, captioning it with Naga’s “I don’t like ice cream” comment. The post continued, “Which member of the #BBCBreakfast team would say they’re not an ice cream fanatic?”

Naga made headlines earlier this week when it was revealed the BBC was giving her a £110,000 pay rise, meaning her salary will now be £365,000 a year.

This includes her work at BBC Breakfast, Radio and Panorama.

MailOnline has reached out to the BBC for comment.