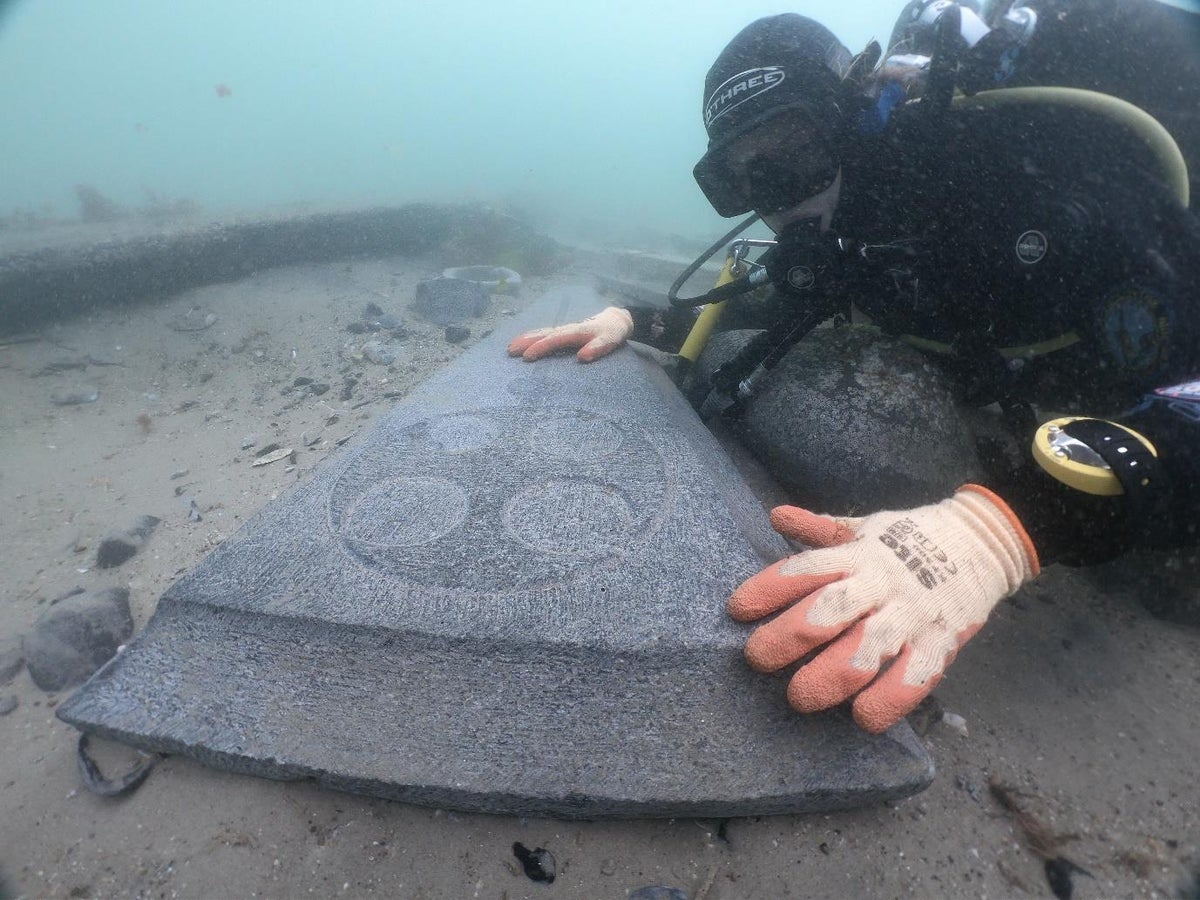 A medieval shipwreck lying off the coast of Dorset the highest level of legal protection has been granted to preserve it for future generations.

Discovered in 2020 by local diver Trevor Small in the waters of Poole Bay, the 13th-century ship known as the ‘Mortar Wreck’ is the oldest known wreck with the remains of the hull still visible.

It got its name because of the mortar bowls used to grind grain, which were among the first artifacts found on the site.

Tree ring dating of the ship’s timbers has shown that it was built Irish Oak trees planted between 1242 and 1265 during the reign of King Henry III. were felled.

There are no other known wrecks of seagoing ships from the 11th to 14th centuries in English waters, although two Bronze Age wrecks have been discovered here devonian and Kent.

It is one of three ships designated as protected wreck sites under the Protection of Wrecks Act 1973 by the Department for Digital, Culture, Media and Sport (DCMS) on Wednesday.

This means that divers must apply for a license from the DCMS before diving at the dive sites to protect the structures and the artifacts within.

The mortar wreck and two 16th and 17th century sites off the Needles Channel near the Isle of White have been placed under protection on the advice of the Historic public body England.

In addition to the mortars, two immaculate pre-carved tombstones made of Purbeck stone were found at the site, both of different Gothic designs.

One shows a wheel-headed cross and the other a cross with splayed arms – both were common styles in the 13th century.

These types of tombstones were a sign of high status and are found in south coast churchyards.

Mr Small, who has over 30 years diving experience in Dorset waters, said: “I was born into a seafaring family. I have sailed thousands of nautical miles looking for shipwrecks from my home port of Poole.

“In the summer of 2020 I discovered what I thought was an undiscovered wreck site. The recent storms had revealed something unknown on the seabed. I was given permission to dive the wreck.

“The rest is history. I found one of the oldest shipwrecks in England.”

It is not known where the ship went or how it was damaged, but Mr Small, Historic England, and a team of archaeologists from Bournemouth University are continuing to study the wreck.

Marine archaeologist Tom Cousins, who is part of the Bournemouth University team studying the wreck, said: “There are very few 750-year-old ships left that we can see today and so we are very fortunate to have an example discovered have rare like this, and in such good condition.

“A combination of deoxygenated water, sand and rocks helped preserve one side of the ship and the hull is clearly visible.”

Surviving wrecks from before 1700 are extremely rare, Historic England said, as is finding previously unrecorded wrecks in the Solent, a heavily traveled shipping route.

Both ships are believed to have stranded on the shingle bank in the Needles Channel – a known hazard – before sinking.

Several cannons, a large anchor and more than 50 very large lead ingots and stone cannonballs were found at site NW96.

The ingots would have been used as commodity for trading purposes and would have been melted down to make a variety of products including bullets, lead on roofs and pipes, Historic England said.

The technique used to cast the ingots fell into disuse around 1580, while stone cannonballs were replaced by iron shot in the late 16th century.

The finds indicate that the wreck dates from the 16th or very late 15th century.

One of the cannons found on the NW68 site was cast in Amsterdam between 1621 and 1661 and dates the ship to the mid to late 17th century.

Archaeologists believe it may have taken part in the Battle of Portland in 1653, when the Commonwealth of England fleet was attacked by the Dutch Republic during the First Anglo-Dutch War.

The two sides were locked in a struggle for dominance of the English Channel.