A social media star charged after throwing white powder at a man during a livestream before shouting “anthrax” has filmed himself driving a limousine to court.

Shannon Joyce, who runs the Mango Inquirer Facebook Page, hired the luxury vehicle and chauffeur to drive him to Darwin Magistrates’ Court on Friday.

Joyce was charged with assault after he made video of himself throwing white powder at a vendor and screaming “anthrax” at parap markets on March 26.

He claimed a salesperson had called him a pedophile online and that the white powder was just self-raising flour.

Joyce decided to go to court “in style” and donned a black shirt, rented a limousine, and had a red carpet rolled out upon his arrival at the courthouse. 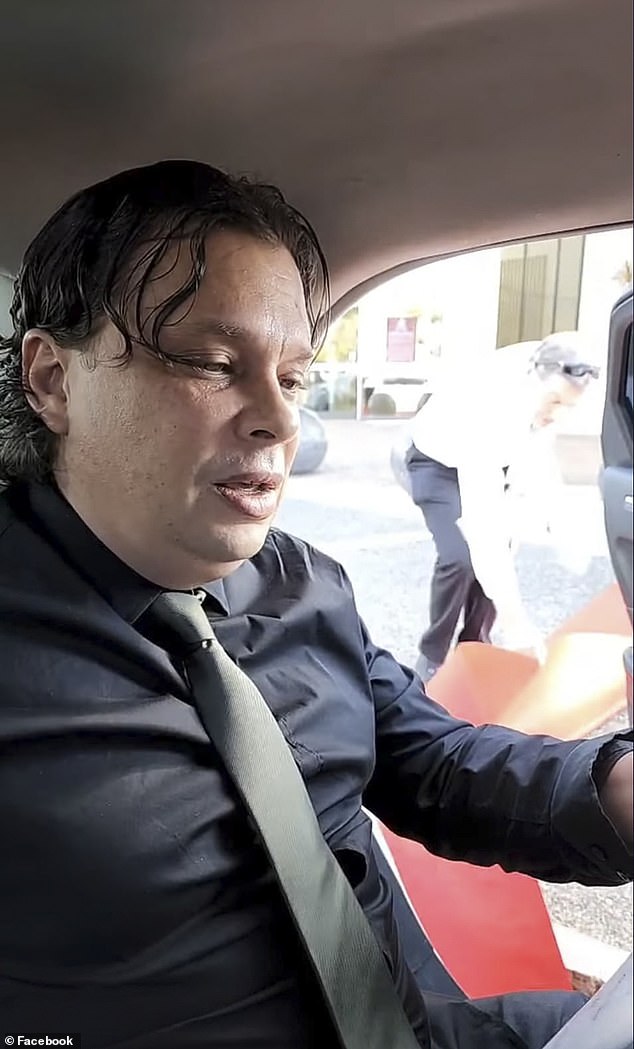 A social media star who was charged after throwing white powder at a man before shouting “anthrax” during a live stream filmed himself driving a limousine to court (pictured Shannon Joyce). 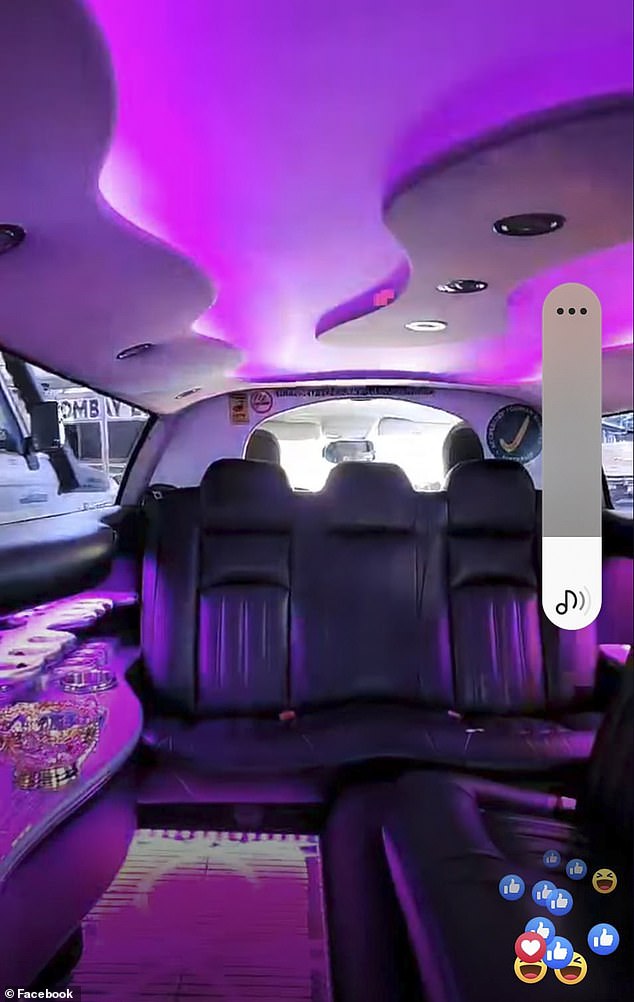 Shannon Joyce, who runs the Mango Inquirer Facebook page, hired the luxury vehicle and chauffeur to drive him to Darwin Magistrates’ Court on Friday

His more than 43,000 Facebook followers watched as Joyce was live streamed from the back of the limousine.

“I’m on my way to court and thought I’d spend my last few moments in style,” he said.

The video showed neon lights flashing on the floor and ceiling of the limousine, with a small luxury drinks counter and a television on the side.

“So my testimony before the judge will go in that direction,” he said.

“Your Honor, I deeply regret the incident that took place in the Parap markets on March 26th of this year.

“At the time of my offence, I was working 70 hours a week for two employers in the homelessness and psychiatric sectors.”

Joyce said he worked non-stop for a month prior to the incident.

“On the Saturday morning of my offense, I was just done with work at the city homeless shelter at 7 a.m.,” he continued.

“I took a disposable coffee mug and flour from my employer’s kitchen.”

Joyce claimed he threw the substance at the seller because he thought it would be “considered funny”.

“At worst, I thought it would just be seen as a prank,” he said. 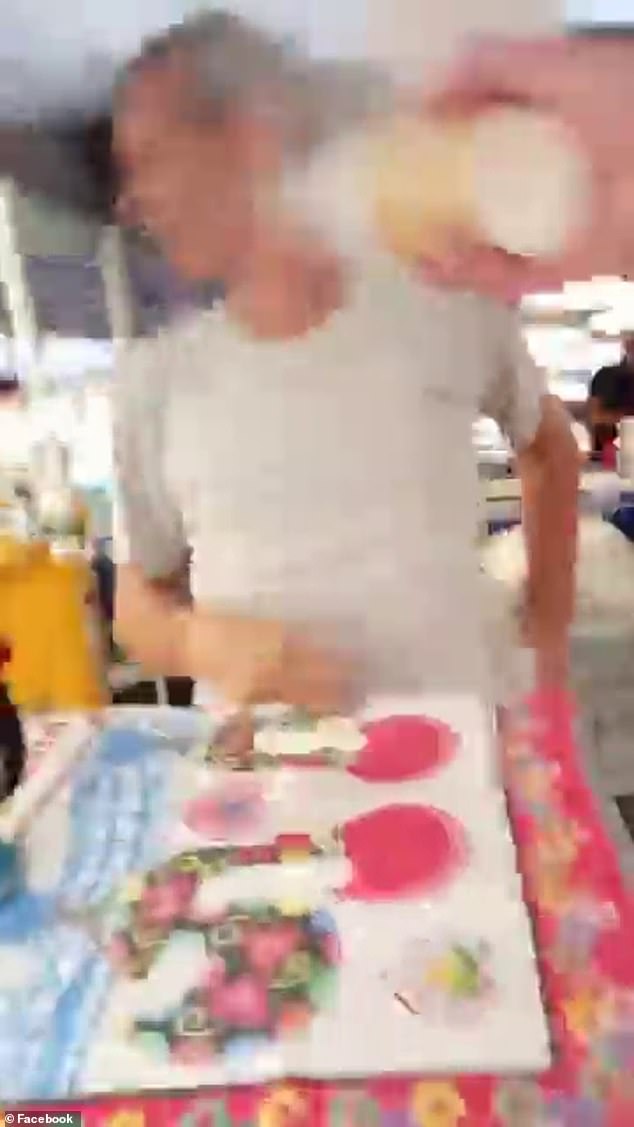 “I would like to publicly apologize to the victim and reassure the couple that they need not fear me for their safety.”

The limo pulled up in front of the courthouse before a person laid out a red carpet.

Joyce pleaded guilty to the assault and received a 12-month good conduct sentence with $1,000 security and a $150 Victim Assistance Fee.

Judge Alan Woodcock described the act as uncivilized but acknowledged the defendant’s history of working with vulnerable people.

“He has a background in disability services, is a mentor and works in the field of helping the homeless,” he said.

“Of course, none of this helps his victim, who he told he was going to throw anthrax live on the internet, which was uncivilized and ill-considered.”