MAIL ON SUNDAY COMMENT: Trust in Truss – to prevent travesty

As Tory MEPs prepare to vote in the third round of the leadership contest tomorrow with a tremendous burden on their shoulders.

You are not only installing a new party leader, but also a new prime minister.

This person will have just over two years to turn the tide of the Conservatives and prevent a Labor-led coalition of chaos from coming to power. The stakes couldn’t be higher.

It should have been clear to these MPs that there are only two credible candidates.

Penny Mordaunt was no longer the favourite, but her image was tarnished by the day as her records and views came under scrutiny. 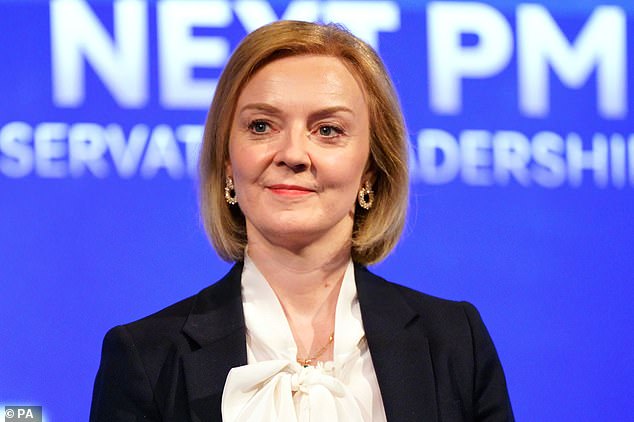 In various cabinet posts, she has opposed the EU on Northern Ireland and Putin on Ukraine. She negotiated tricky post-Brexit trade deals in record time

And she’s now been challenged on whether she’s controversially supported transgender self-identification.

If this election is about restoring trust and stability, it is clearly not the solution.

Tom Tugendhat is clearly a decent man, but he doesn’t even have experience as an undersecretary. Choosing him would be an act of recklessness.

And while Kemi Badenoch is undoubtedly a star of the future, she’s not ready for the top job just yet. But there is no doubt that her drive and intelligence will enhance the next cabinet.

That leaves two candidates who have shown they are qualified for high office.

The first is Rishi Sunak. He guided the economy through the worst pandemic in a century with skill and surefootedness and was the right man for this crisis.

His propensity to raise taxes has since caused many a headache for Tory voters, particularly the increase in National Insurance (NI), which this paper passionately opposes.

Freezing of personal allowances and plans for a drastic increase in corporate taxes have led some to wonder if his instincts are truly conservative. Many will also find it impossible to forgive his betrayal of Boris. 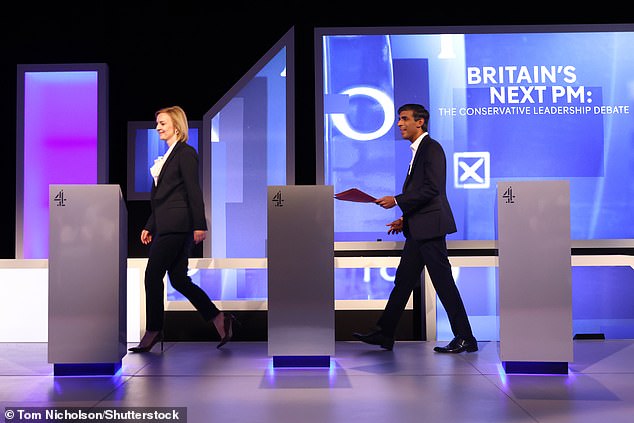 That leaves two candidates who have shown they are qualified for high office. The first is Rishi Sunak. He guided the economy through the worst pandemic in a century with skill and surefootedness and was the right man for this crisis

In contrast, Liz Truss, the other standout contestant, was loyal to Boris to the end. She is firmly in the centre-right party and has imaginative plans to lower the cost of living for families through targeted tax cuts and by scrapping the NI increase.

Ms. Truss lacks Mr. Sunak’s gleaming style, as we saw in her rather wooden performance in the opening debate. But there’s no doubting her truly blue Toryism – or her determination.

In various cabinet posts, she has opposed the EU on Northern Ireland and Putin on Ukraine. She negotiated tricky post-Brexit trade deals in record time.

Politicians are not trusted lightly. But through her actions, Ms. Truss deserved it.

However, she is by no means certain that she will create the final contest in which the Tories vote at grassroots level between the two candidates ultimately chosen by MPs.

Mr Sunak is almost a shoo-in but with the traditionalist Tory vote split between Ms Badenoch and Ms Truss, Penny could thwart Mordaunt. That would be a travesty.

In that newspaper, recently eliminated candidate Suella Braverman, who is now supporting Ms Truss, urges Ms Badenoch to follow her example. If Ms Badenoch falls behind Ms Truss, she could be rewarded with an important cabinet post.

Above all, MEPs have a duty to ensure that this competition does not look like a Westminster stitch-up. In order to achieve this, they must ensure that at least one traditional Tory is included in the final shortlist.

One of the themes of Friday night’s Channel 4 debate was that Boris must have known about all the parties at Downing Street. And no one was more devout in their disapproval than Rishi Sunak.

But didn’t the ex-Chancellor work in the same building? A picture of a gathering even appeared to have been taken from #11.

By his own logic, Mr. Sunak must have known for sure.

So isn’t there a touch of hypocrisy in this hypocritical condemnation of his old boss?