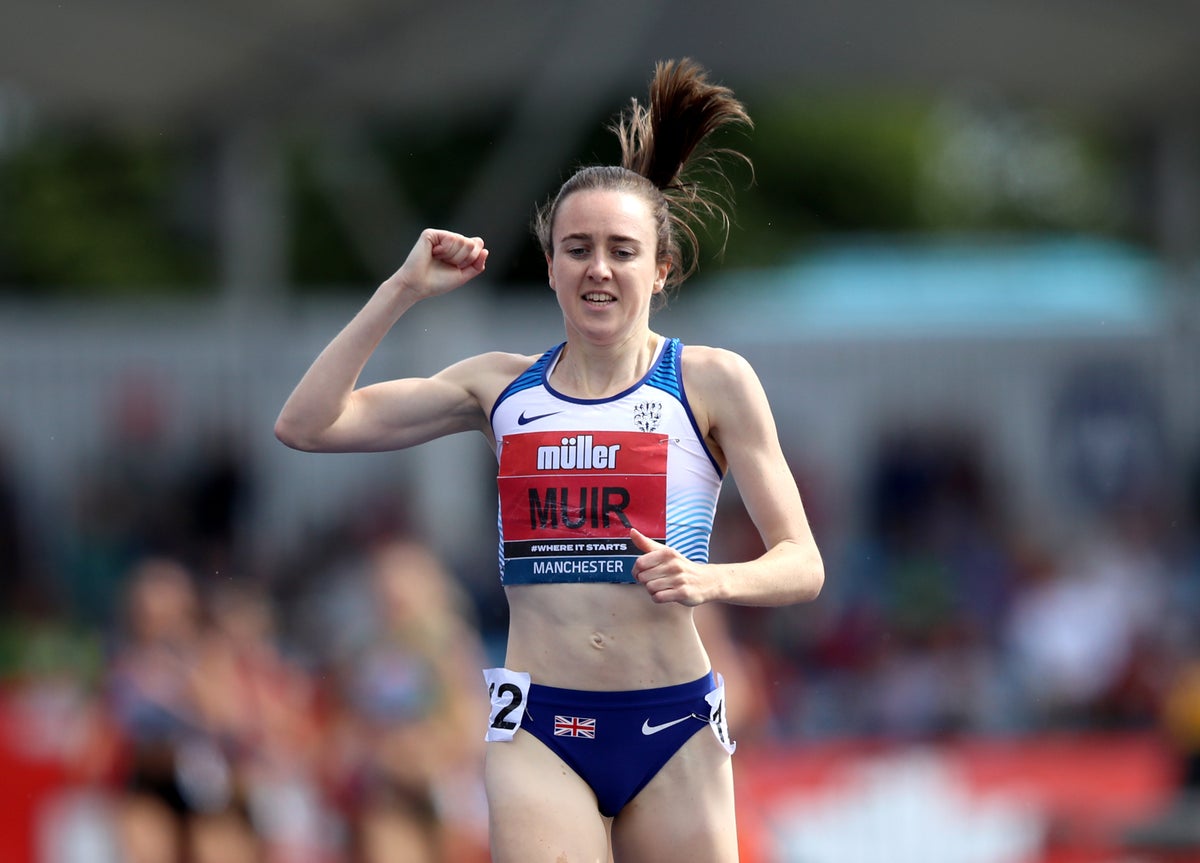 The Scot achieved the best season of the year with three minutes and 55.28 seconds Eugene on Monday evening.

Muir was almost immediately involved in a breakaway with Kipyegon, Tsegay and Hirut Meshesha as the race got tough at Hayward Field.

Meshesha was then dropped with over two laps to go as the medal winning trio battled for their podium places and Kipyegon took the title.

The 29-year-old amassed 6222 points after two days of competition in Oregon, with Nafi Thiam reclaiming the title after being beaten by Johnson-Thompson ahead of Anouk Vetter and Anna Hall in 2019.

After 18 months through injury and a late change in coaching, she could no longer keep the title she won with a British record three years ago in Doha.

Expecting a podium challenge was also unrealistic, and she finished 533 points short of the medal spots.

Johnson-Thompson said: “I love the sport. The last year has thrown me back, life is not fair and I have questioned that. After the championships I wanted to take a break from the sport, I don’t want to do that, how can it be fair that a torn Achilles tendon can just tear?

“This time I actually feel like I have my hunger back. I’ve been away from the championships but it’s like I want to put the work in and get back to where I was.

“As soon as I was done, I absorbed the moment, it’s a different mentality. That will motivate me through the winter.”

With day one off her sixth day, Johnson-Thompson said she was in Eugene to fight as she regained her top fitness and confidence, but a poor 6.28m long jump pushed her further into seventh place back after accumulating 937 points.

With a personal best of 39.18m in the javelin, the Commonwealth Games winner continued to lose ground and ran the 800m in two minutes and 19.16 seconds.

defending champion Dina Asher Smith shook off her 100m disappointment from Sunday and advanced to the 200m semifinals.

The 26-year-old, who was looking to defend her title won in Doha, ran 22.56 seconds in under 24 hours after finishing fourth in the 100m final, despite matching her British record time of 10.83 seconds.

She said: “It’s part of the job (to go further from the 100m). It was easy. These are two completely different events.

“Obviously I would have loved to have been on the podium in the 100m, but I’ve put in some really good runs and I’m proud of that. This is a different event and you need to be ready with your A game.

Beth Dobbin ran 23.04 seconds and got no further. British skipper Nethaneel Mitchell-Blake, along with Joe Ferguson, reached the men’s 200m semi-final in 20.11 seconds, but Adam Gemili missed it.

Previously, Jess Piasecki had finished tenth in the marathon, but Charlotte Purdue and Rose Harvey did not finish.

Piasecki said: “First of all, I’m happy about 12th place in the world rankings. Of course I was higher, but the wheels probably came off a bit in the last 7 km. But I did it really well and I really enjoyed it.”

Meanwhile, Holly Bradshaw is doubtful for the Commonwealth Games after suffering a serious hamstring injury in a freak accident in Eugene.

Her pole broke during her last practice jump, forcing her to retire before the competition.

She wrote on Twitter: “I will do everything in my power to make it back in time for the Commonwealth Games, but with only two weeks away it’s not an easy task.”