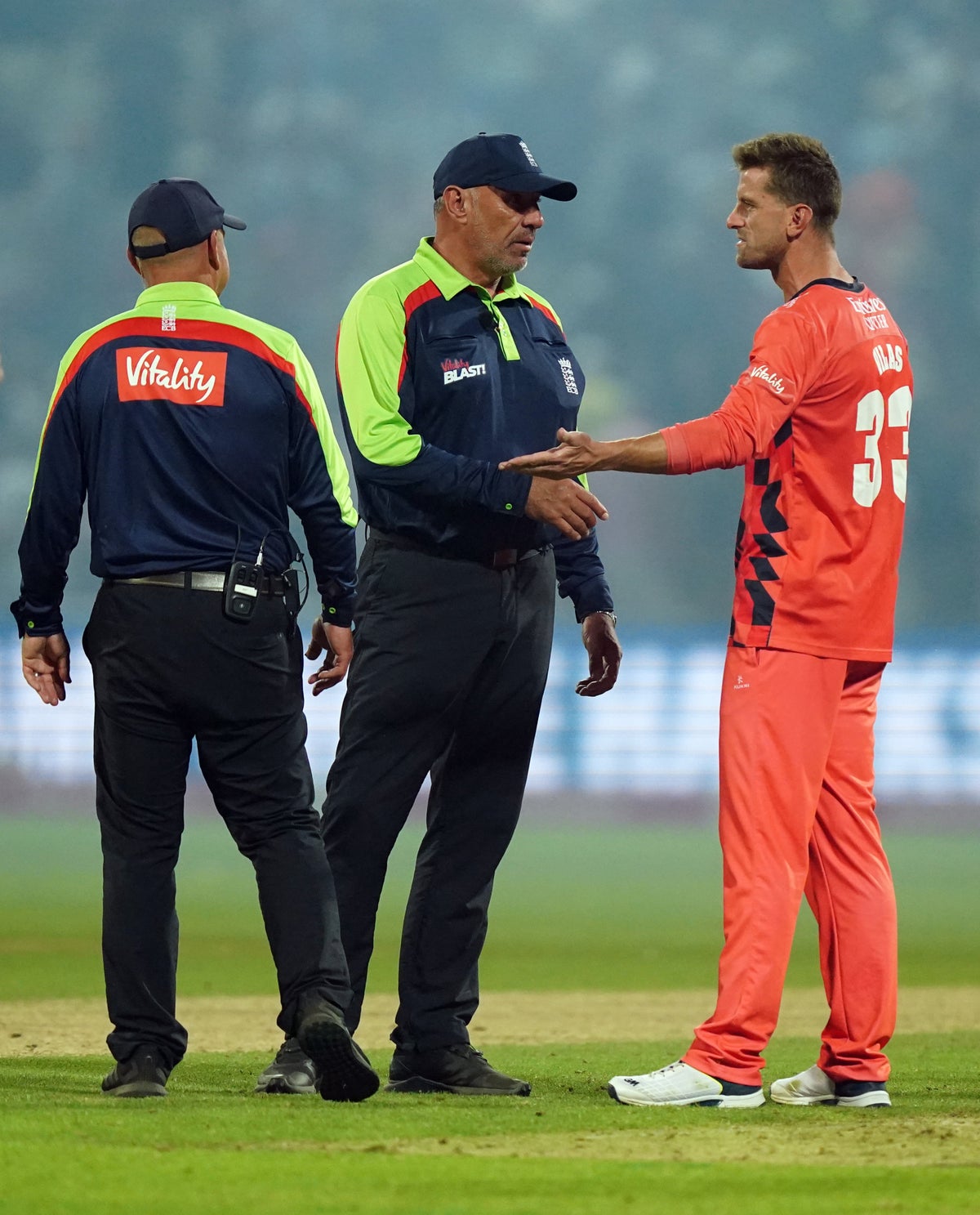 Dane Vilas asked why Lancashire was denied the chance to run another bye from the last legitimate delivery of the Vitality Blast final, which would have beaten her Hampshire.

When Lancashire needed four from the last ball, Nathan Ellis’ Yorker shot into Richard Gleeson’s stumps, but as fireworks filled the night sky, replays showed the Hampshire seamer had gone too far.

Gleeson missed the ensuing free kick, but he and Tom Hartley ran through for a single and then appeared to complete a second run which would have been enough to even the scores and give Lancashire the win as their power play score also superior with the sides was tied losing eight wickets.

But amid chaotic scenes, Hampshire soaked up stumps and although Vilas protested to the umpires at the end, a dead ball was believed to have been called out before the second run was over.

Rule 20.2 states that “whether or not the ball is finally decided is the sole business of the referee,” and while Vilas ultimately accepted what had happened, he felt the officials were a little hasty.

“We thought the ball was still live,” said Vilas. “There was a bit of confusion out there but the referees called the ball dead once they removed the stumps on the striker’s end.

“It was all banging out there at that point and I can’t be 100% sure what exactly was being said, but we thought we might have checked to see if there was an assessment or something.

“But obviously that wasn’t the case and it ended up going to Hampshire.”

Asked if the umpires could have consulted after a replay, Vilas added: “We look after everything else but ultimately it’s their decision and their decision is final which we as players know and respect.”

Hampshire’s win in just a single run earned them a third crown as they equaled Leicestershire’s record for most England T20 national titles after successfully defending 152 for eight.

Of the excitement at the end, Vince said: “They didn’t want to run two to the wicketkeeper so I’m not sure what[Vilas]is trying to say.”

Vince eventually preferred to praise his side’s bravery after posting what appeared to be an underperforming total, and even that was thanks to Ben McDermott’s 62-from-36 break.

Matt Parkinson Four for 26 for Lancashire, who reached 72 for one in the eighth over before being restricted against spin twins Liam Dawson and mason crane as they lost wickets at regular intervals before Ellis finally got them over the line by the tightest of margins.

“The resilience and faith within the group probably comes with the win,” added Vince, whose side celebrated their first semi-final win in six attempts by beating Somerset earlier in the day.

“You have to experience these situations a couple of times to build faith, and not just in T20 but in Four Days cricket as well. We know we’re never out of the game.

“It would have been easy to sit back and let them ride to victory, especially after the start they got, but there’s no point in saying it, the guys have to do it and they did it brilliantly.”

Hampshire’s bowlers dutifully stuck to their task as Lancashire’s challenge waned, but Vilas was pleased with their efforts, though they fell short.

“I’m very disappointed not to lift the trophy but I’m extremely proud of the lads,” added Vilas.

“It was a great day but very, very disappointing that we weren’t on the winning side when we did well.”