The fashionista daughter of the Marquess and Marchioness of Waterford has shown what it’s really like to live in a stately home – and it’s not as glamorous as it might seem from the outside.

The stylist was 19 when her parents took up residence at the 855-year-old stately stake, which is one of Ireland’s oldest residences and has been the home of the Marquess of Waterford and his ancestors since the 12th century. 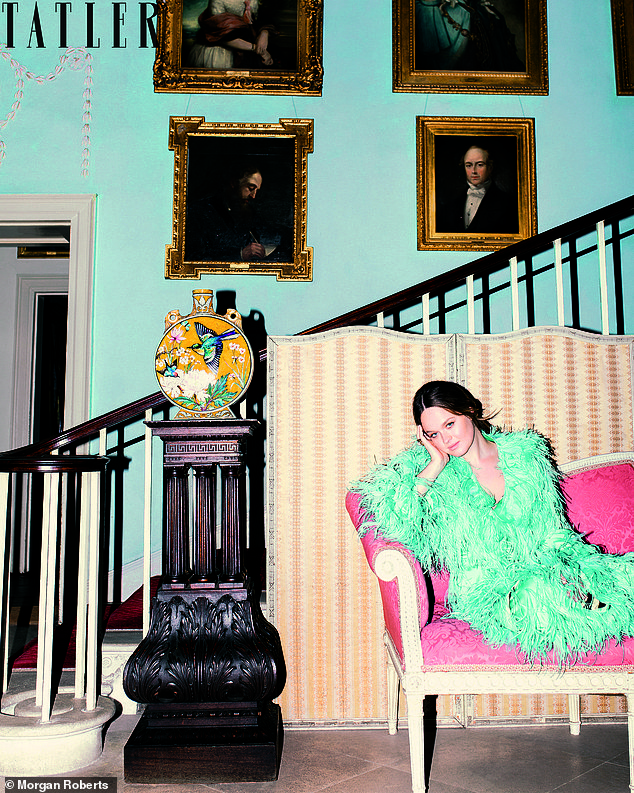 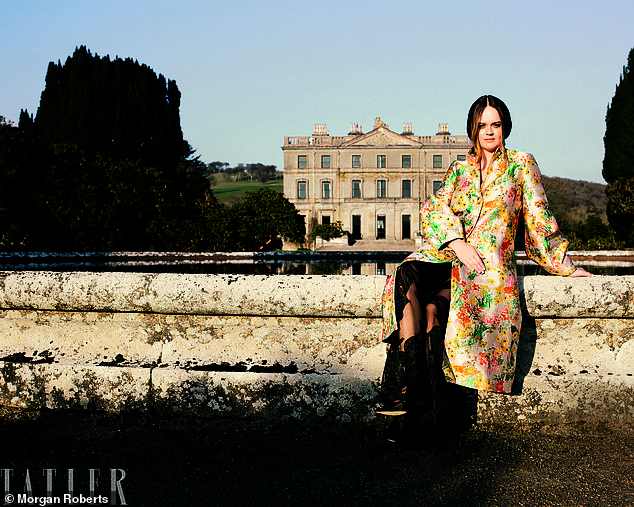 Nestled on 2,500 acres, the historic home features an exquisite collection of art and furniture and overlooks extensive grounds with tiered lawns, a lake and an arboretum. In the picture, Lady Camilla poses for a photo in front of Curraghmore House

Nestled on 2,500 acres, the historic home features an exquisite collection of art and furniture and overlooks extensive grounds with tiered lawns, a lake and an arboretum.

But living in such a luxurious environment comes at a price and the family have had to sacrifice their privacy to pay the bills. The house and gardens are open for tours, meaning the family will have to deal with tourists roaming their home.

“The funding that Curraghmore needs is just tremendous. You almost have to pay to breathe here,” Camilla explained.

“I always try to support my parents and what they do. It’s a big job and people don’t necessarily understand how difficult it is to maintain the house. And what’s so unusual is that we actually live here.”

She added: “There are days when you just want a little bit of peace and privacy, so the tours can be difficult, but you have to understand that it’s also a business.” 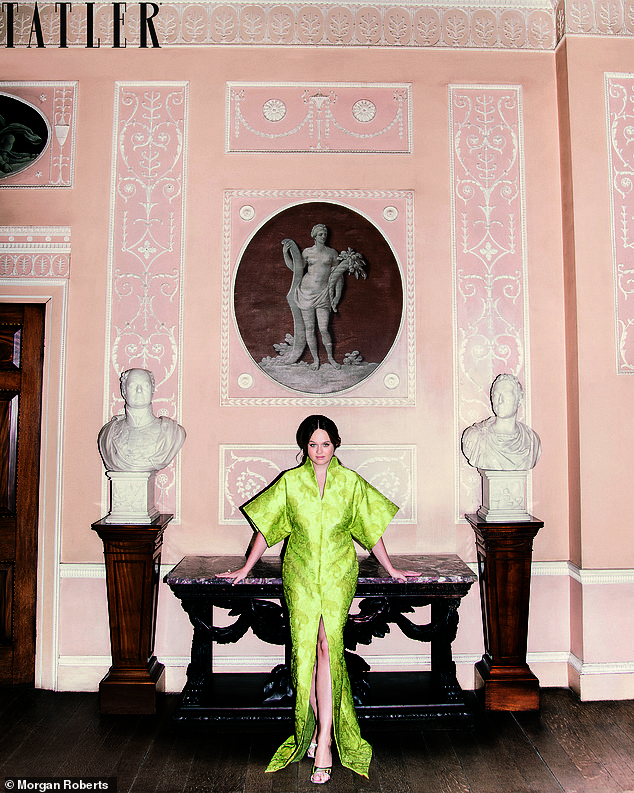 The stylist, pictured at home, was 19 when her parents moved into the 855-year-old mansion, one of Ireland’s oldest residences and home of the Marquess of Waterford and his ancestors since the 12th century

Camilla, who spends most of her time at her flat in Fulham, south-west London but returns to Curraghmore for regular visits, shared how she once saw Keeping Up With The Kardashians in one of the few rooms with WiFi as the tour group walked through the door.

“I was so embarrassed,” she admitted.

Lady Camilla is eager to dispel the misconception that she spends her day gossiping while she collects a bill on her father’s credit card.

“When you have kids with people like my dad, you always assume you can have everything. I want to make it clear that this is not the case for me. I’m self-sufficient. My parents raised me to understand that.’

Lady Camilla studied fashion design at Bath Spa University, earning a living working part-time at Jigsaw and working shifts behind the bar at a catering company. 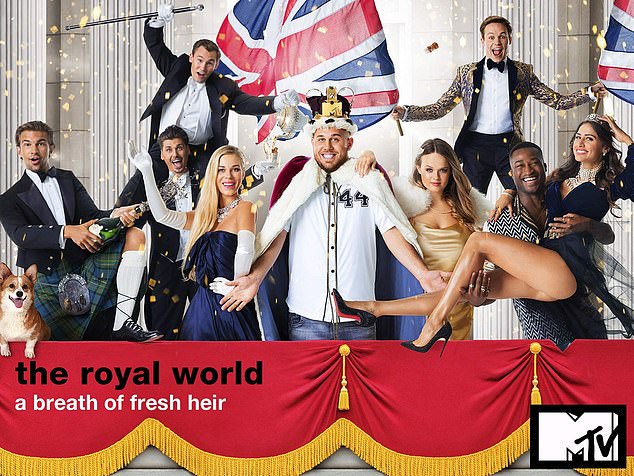 Reality TV stint: Lady Camilla, pictured center right, appeared on the failed MTV reality show The Royal World. She said this led to her being viciously trolled on social media 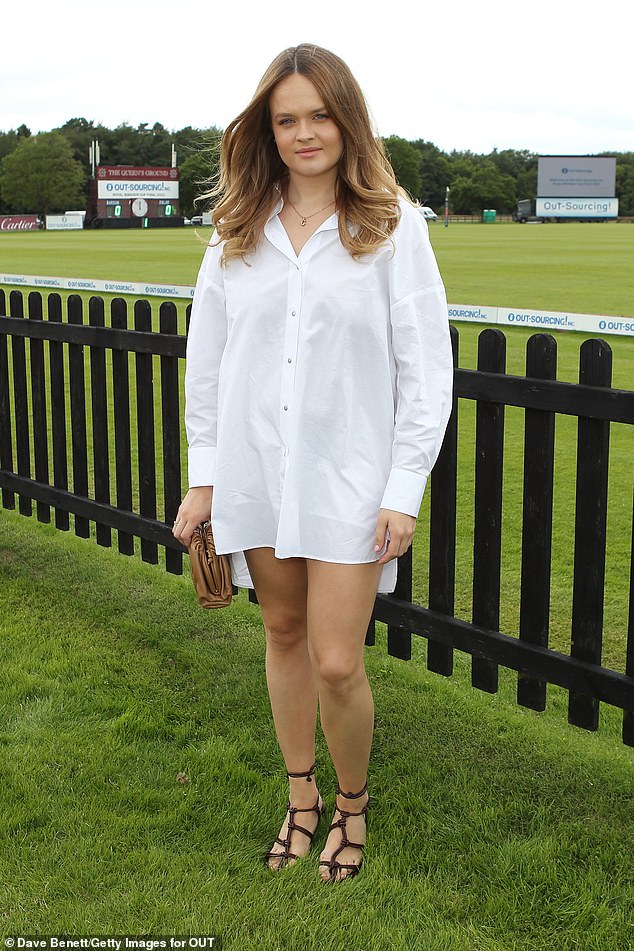 There she started a clothing brand of the same name, which enjoyed some success when she was asked to star in the Made In Chelsea-style six-part MTV reality series The Royal World.

The show, which featured a cast of well-heeled aristos and royal figures, was canceled after one run, but there was enough time for Lady Camilla to feel the sting of negative public perception and become the victim of vicious trolling.

“Actually, you are told what to say. You get poached by people who unfortunately don’t have the right values, and you get thrown into all this negativity. You’re framed completely differently.’

The Marquess and Marchioness are busy maintaining the house.

The top floor, including Camilla’s bedroom, is currently being renovated and the roof needs a complete redo.

To raise much-needed cash, the family is converting some of the outbuildings into lovely holiday accommodation and the property’s tea rooms are open to the public.

Later this month, Curraghmore will also host the music festival All Together Now, helmed by Nick Cave & The Bad Seeds, which is expected to draw 20,000 in attendance.

Lady Camilla added of the work: “It’s about preserving the house so it doesn’t fall into disrepair. We have to keep it alive for another 100 years!’