Julie Bishop has met with Hollywood stars Hugh Grant and Kate Walsh in her new role at a major mining services company – having left her career in politics behind.

The 65-year-old proudly starred in a glitzy video for the unveiling of the company’s luxurious new headquarters in the Western Australian capital, with special cameos from Jackman and Walsh.

From headstands with the in-house psychologist to dining at the office’s five-star restaurant, the ad shows Ms Bishop going through what a day at the company is like. 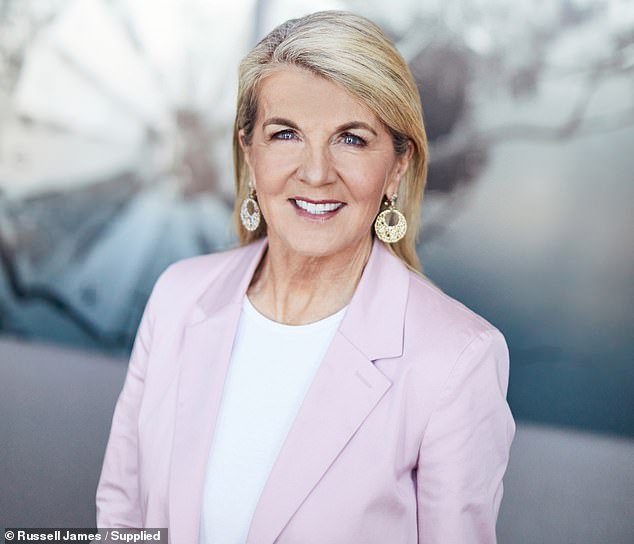 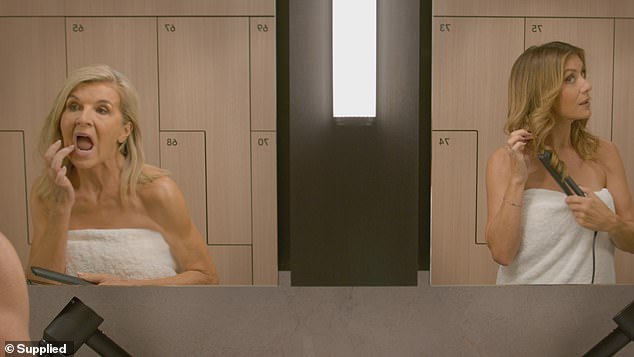 At the star-studded Perth office tour, Ms Bishop competes with American actress Kate Walsh for a hair straightener in the changing rooms of the building’s gym 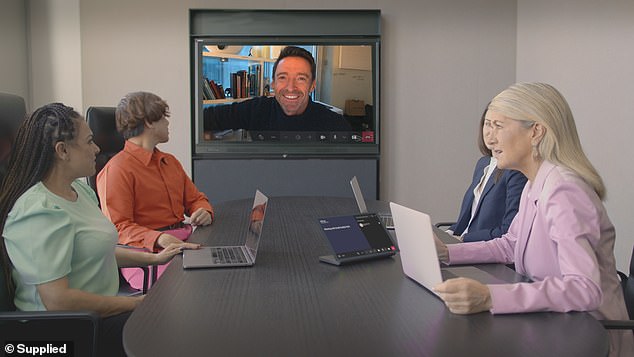 In the video, Ms Bishop’s meeting was interrupted by famous Australian actor Hugh Jackman asking for more lithium, to which the former politician replied, “How much lithium does a man need?”.

She shared tips on how employees can make the most of their 9-to-5 workweek, with MinResHQ being one of only 120 buildings worldwide to receive a Platinum WELL rating – the highest certification for human well-being.

At one point in the video, the former politician tussles with Walsh over a hair straightener in a dressing room.

Finally, she hands it to the actress and tells her, “No problem, we have more than one hair straightener. 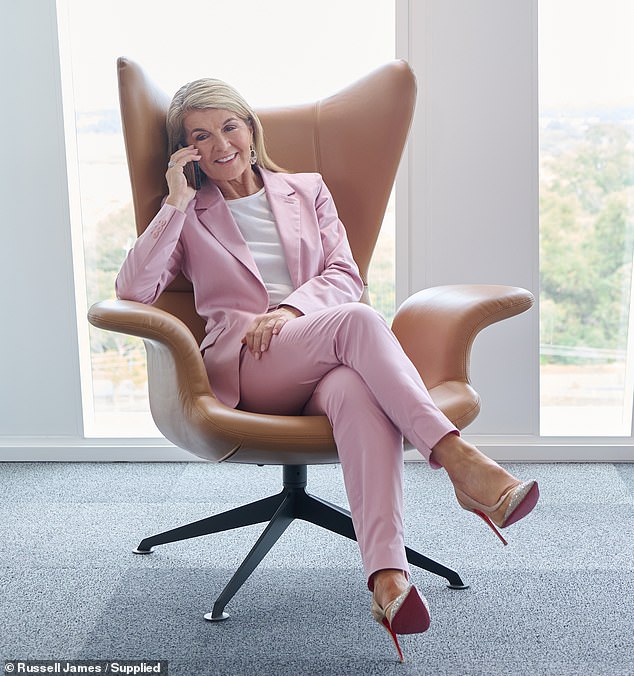 “In fact, we have more than one of everything.”

Ms. Bishop is later seen at a board meeting with her colleagues, only for Jackman to interrupt her and personally request more lithium.

“Hey Jules, my phone is kind of dead, can you just send me a refill of lithium,” says the A-lister.

“I mean seriously, how much lithium does a man need?” Mrs Bishop replies.

West Coast Eagles star Jeremy McGovern was also in the ad and was seen doing some foot exercises with kids at the office crèche. 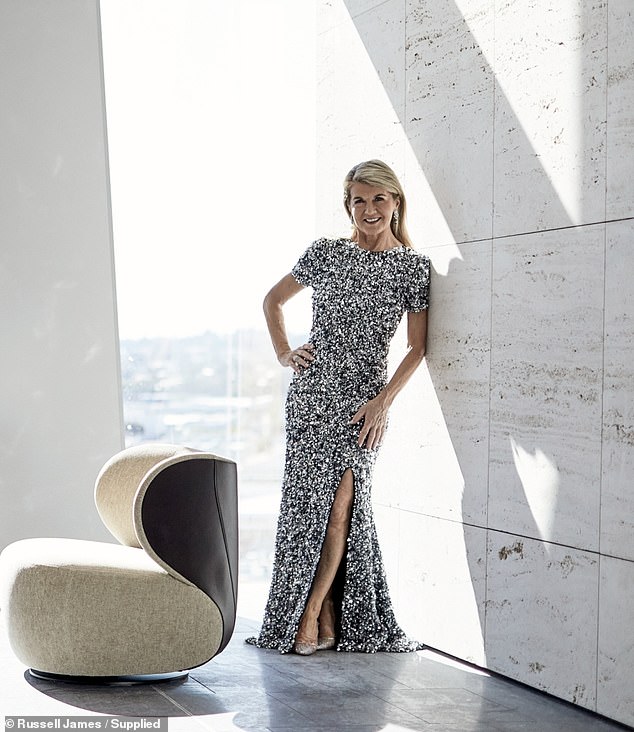 Ms Bishop’s new position at the mining company is just one of many glamorous roles the former minister has embraced since she left politics in 2019.

Since 2020 she has been Chancellor of the Australian National University and Chair of the Board of the Prince’s Trust.

She has also taken a seat on the board of service firm Palladium and founded her own consulting firm, Julie Bishop and Partners.

Her other notable roles include her membership of the Gender Equality Advisor Council – an independent expert group convened by Boris Johnson under the UK G7 Presidency.

She was also included in Channel Nine’s coverage of this year’s federal election.

On Monday evening, she spoke at the graduation ceremony of the Mineral Resources Professional Development Program. 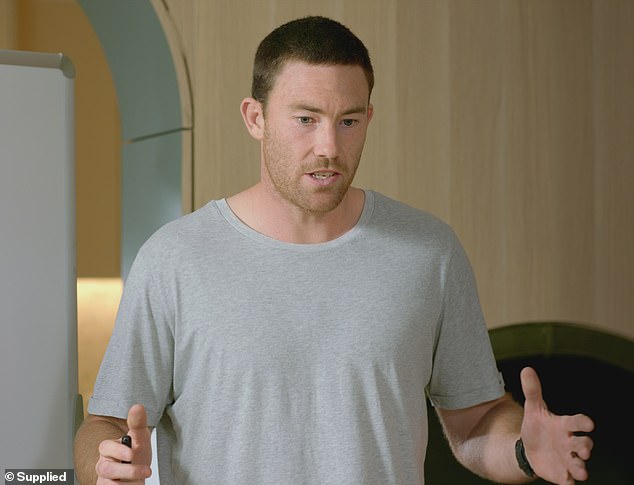 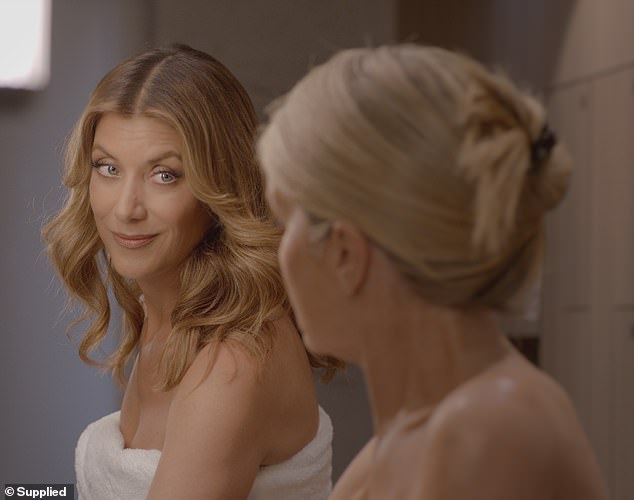 In the video, Ms Bishop assured her audience that there was “more than one of everything” after an altercation with Kate Walsh over a hair straightener 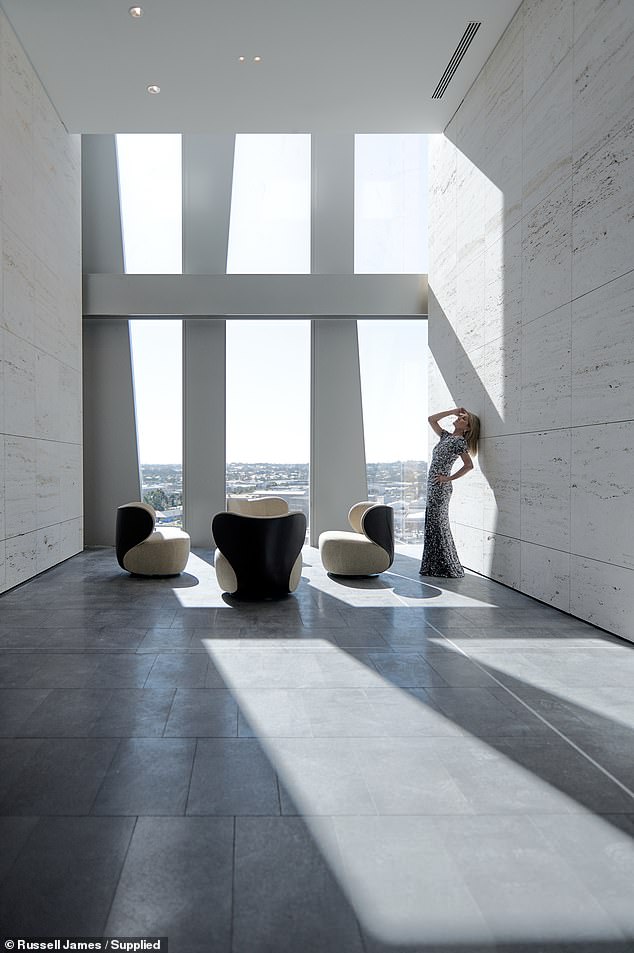 ‘Reaching out to employees who are graduates of Mineral Resources’ professional development program, sharing my career path, sliding door moments and a few tips!’ She wrote on Instagram after sharing some snaps of the night.

A psychologist and a mental health director are also available to staff.

A spokesman told Daily Mail Australia the office is “set up as its own ecosystem, it’s a place where you can work, eat, exercise and be in nature all in one place”.

Staff can work anywhere, from their desks, which can be adjusted to stand or sit, to the sky gardens, yoga deck, and outdoor patio.