BREAKING NEWS: Jane Fonda, 84, announces she has cancer after being diagnosed with non-Hodgkin’s lymphoma

Through Jimmy McCloskey for Dailymail.com

Hollywood megastar Jane Fonda says she has been diagnosed with non-Hodgkin lymphoma and is receiving chemotherapy for the disease.

Fonda, 84, accepted Instagram Friday and wrote: “So my dear friends, I have something personal that I want to share.

“I was diagnosed with non-Hodgkin lymphoma and started chemotherapy.

“This is a very treatable cancer. 80% of people survive, so I’m very lucky.”

The thrice-married star, who previously battled the disease, said she’s “lucky” to have “health insurance and access to the best doctors and treatments.”

Fonda added that she was “privileged as a celebrity.”

She was previously diagnosed with both breast and skin cancer, and the latter blamed her past love of sunbathing.

Fonda says she attended the 2016 Golden Globes in a white ruffled dress designed to disguise recent surgery that required her breast removal.

She told Vogue: “I’m getting out of the car and I’ve got that weird white dress with all the ruffles? That’s because I just had a mastectomy and had to cover my bandages. 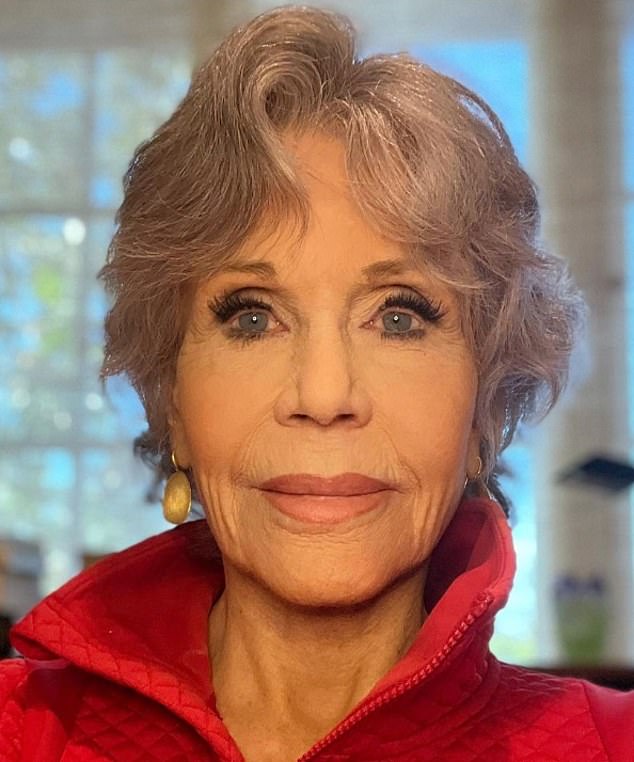 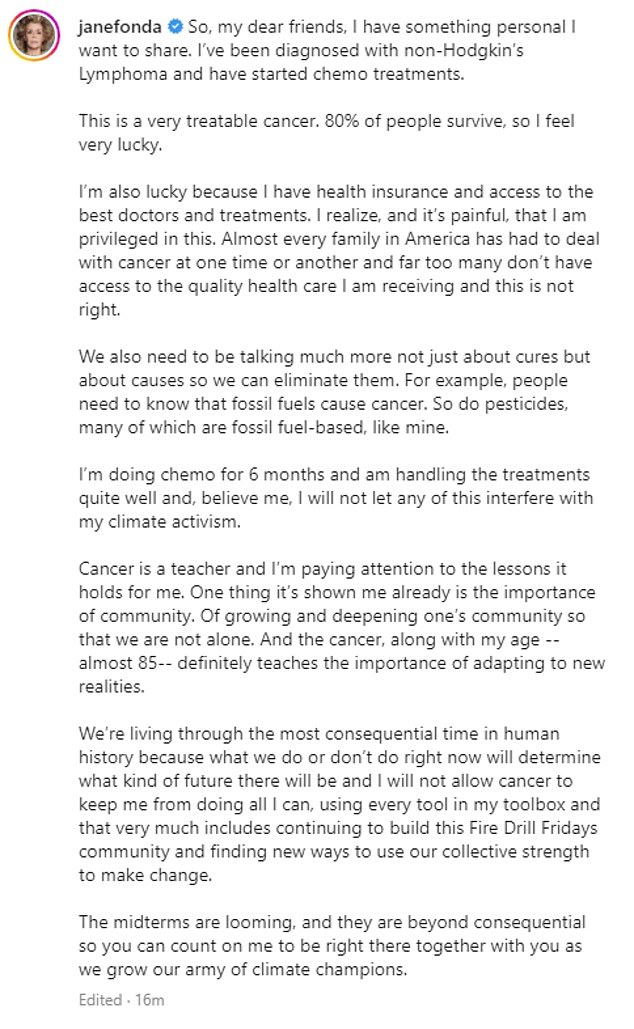 In her Instagram post, Fonda reassured fans and loved ones, saying she has to adjust to a new reality as she battles cancer.

“Cancer is a teacher and I pay attention to the lessons it teaches me,” she wrote. “One thing it has already shown me is the importance of community. Growing and deepening our own community so that we are not alone.

“And cancer, along with my age — almost 85 — definitely teaches the importance of adjusting to new realities.”

Story development, check back for updates.