Through Alice Wright for the Daily Mail

A showing of Extinction Rebellion won a humorous message of apparent support for the leadership candidate Penny Mordaunt.

Miss Mordaunt shared a video of activists dancing in sync with the Bee Gees’ 1977 hit Stayin’ Alive on the streets of New York MelbourneAustralia.

Alongside the clip from Australia in October 2019, Miss Mordaunt referenced the antics of the UK protesters, saying: “Ha I see your giant pink octopus, you’ve glued yourself to the tarmac, your fake blood-covered fire engine and I’m saving you this.” .’ 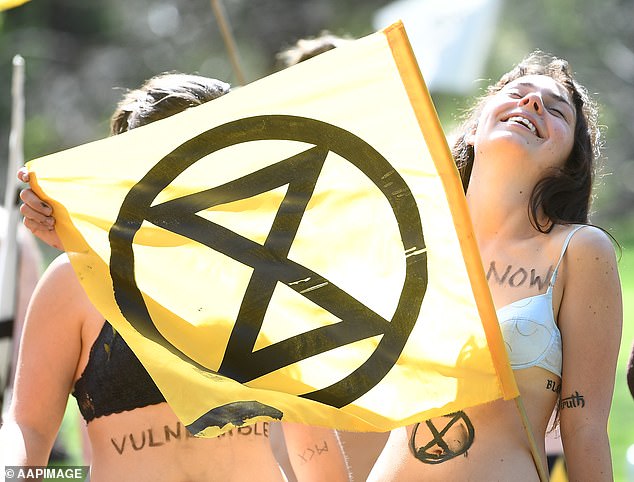 Mob mentality: protesters dance in the streets of Melbourne in 2019

The MP for Portsmouth North added supporting hashtags to her message, including “this is what I call a protest” and the tongue-in-cheek “civil disco-service”.

Extinction Rebellion held a series of demonstrations in London over the summer and autumn of 2019.

A week before Miss Mordaunt’s tweet, the campaign group used a fire truck to spray fake blood all over the Treasury in Whitehall.

The blockade of several locations around Westminster led to the arrest of 135 protesters.

In the video shared by Miss Mordaunt, protesters dressed in bright clothing danced in the street and waved flags with the Extinction Rebellion logo.

Chancellor Nadhim Zahawi agreed with Miss Mordaunt, replying to her message: “Well that’s tempting to move, either I or Dom C are leading the dance!” in a reference to Boris Johnson’s former chief adviser Dominic Cummings.