The House of Representatives on Thursday passed a bill 260-169 that would allow law enforcement agencies to deploy an Amber Alarm-like phone notification system in active shooter situations.

Fourty three republican joined Democrats in voting for the bill, and one democratRep. Ron Kind, D-Wis., who is not running for re-election, voted against.

Supporters of the bill said it would allow police to alert the public to unsafe situations more quickly. They said police typically rely on social media and news reports to spread the word. Critics said the bill was unnecessary and likely to incite public fear.

“This law is a sensible public safety law that the police have been asking for over and over again and we are overdue to deliver it to them,” Cicilline said on the floor of the house. 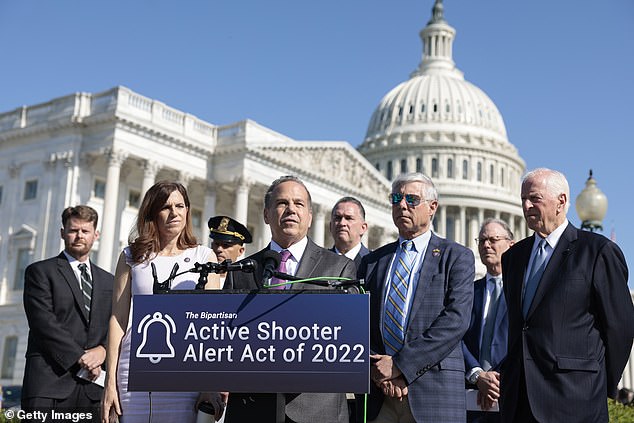 The bill would give the Department of Justice a new role known as the national coordinator of the Active Shooter Alert Communications network, and that coordinator would work with the FEMA Administrator, FCC Chairman, Secretary of Transportation to assist state and local law enforcement agencies in the Establishment of such a network to support warning systems.

Upton, the Republican leader on the bill, pointed to the July 4 mass shooting at a parade in Highland Park, Illinois, where the alleged gunman was at large for eight hours, driving across state lines into Wisconsin.

“Wouldn’t it have been nice to have a system that would have warned the entire parade route to take cover and maybe some of the people killed or wounded wouldn’t have happened?” he asked. 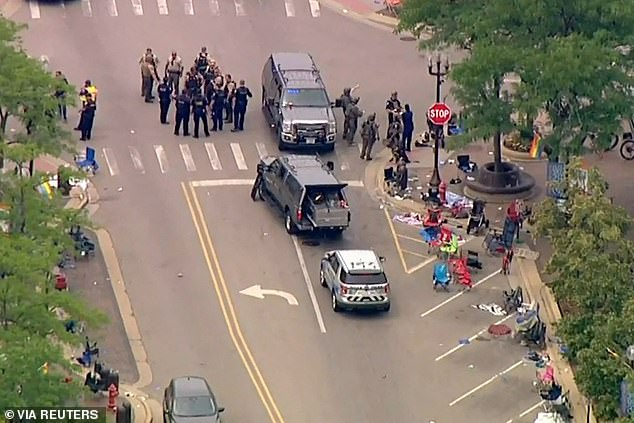 Police are deployed after gunfire broke out on a July 4th parade route in the affluent Chicago suburb of Highland Park, Illinois 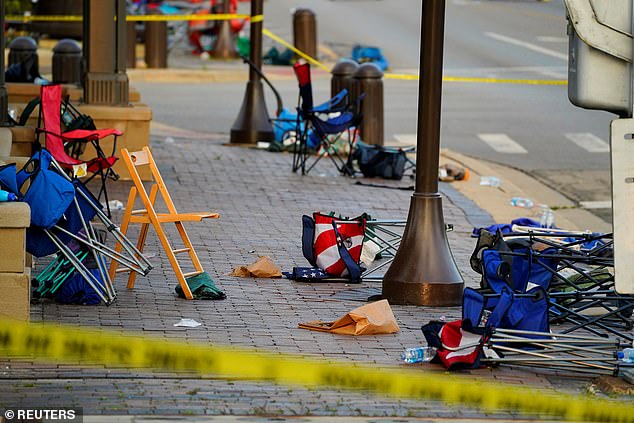 After a mass shooting at a July 4th parade, people’s belongings lie abandoned along the parade route

Upton said he’s heard from “law enforcement and police chiefs that active shooter alerts can be an important tool in providing our communities with accurate, real-time information and one that they believe will help in these dangerous situations.”

House Speaker Nancy Pelosi claimed Republicans were more concerned about their “political survival” than the survival of children Thursday after 168 voted against the bill.

“If your child were in a school where there was a robbery, wouldn’t you want to know? How can these Republicans vote no?” she said.

“These people believe that their political survival is more important than the survival of their children.” 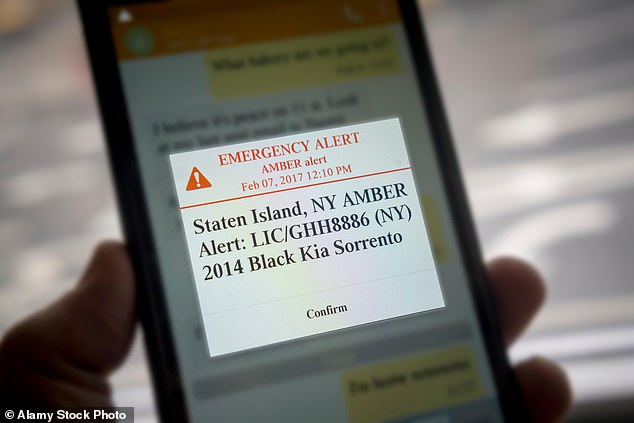 Rep. Matt Gaetz, R-Fla., warned that such a bill could cause chaos and offered a hypothesis that if someone fired a gun several blocks away, a stadium full of concertgoers would all get an alert, maybe even by mistake.

“Would that make the situation safer? Of course not. It would lead to stampede, tragedy, hysteria, failure and maybe even more deaths,” he said.

Gaetz said the bill was vague about how far from an incident people would still receive alerts and what types of events would warrant an alert.

“This bill is like yelling ‘fire’ in a movie theater, only the fire is in another movie theater across the street,” he said.

Rep. Jim Jordan, R-Ohio, described the bill as “fear-mongering by Democrats that guns are a pervasive threat.”

Democrats, meanwhile, taunted Republicans for being “pro-life” but voting against the law.

“The vast majority of the House of Representatives-Republicans Conference voted against a bill to warn people of nearby active shooters,” Rep. Bonnie Watson Coleman, DN.J., wrote on Twitter. “The bill does not restrict gun ownership. All it does is protect communities. In case you were wondering what the ‘Pro-Life’ party really stands for.’

“Last night 168 Republicans voted against the Active Shooter Alert Act, which would set up a system to send alerts straight to people’s phones, alerting them in the event of an active shooter nearby. That could save lives. But most of the “pro-life” party voted to try to block it,” MP Pramila Jayapal, chair of the House Progressive Caucus, wrote on Twitter.