The parents of the tragic 11-month-old Charlie Gard will address MPs on a bill that would help families avoid court hearings over their children’s hospital care.

Connie Yates and Chris Gard are backing a bill that, if approved, would give parents more say in how their children are treated.

The couple hopes it will keep other families from struggling through grueling legal battles as they have.

They will speak to MPs about proposed rule changes that could make “Charlie’s Law” a reality by the end of 2023.

Her family garnered international attention in 2017 when they fought to continue treatment for their son Charlie after he was diagnosed with mitochondrial DNA depletion syndrome. 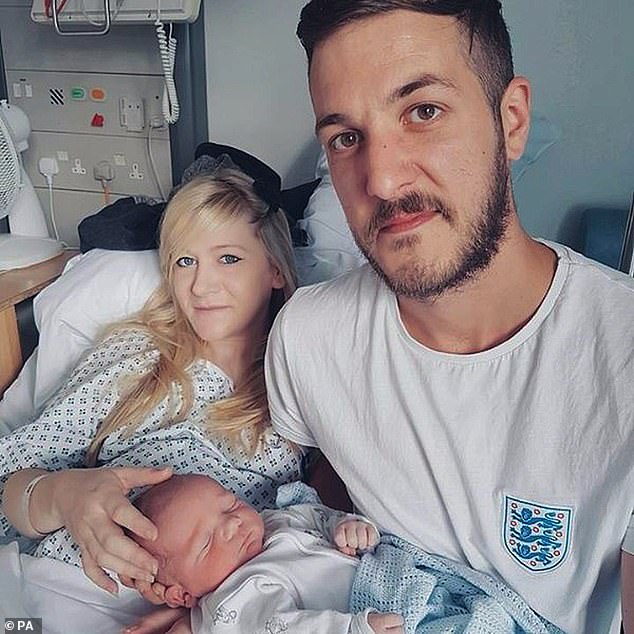 Connie Yates and Chris Gard, pictured here with their son Charlie in March 2017, support a proposed change in legislation that would allow parents to have a greater say in how their children are treated in hospital 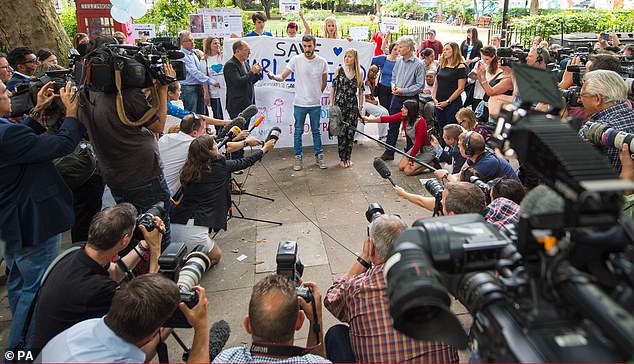 The couple attracted international attention when they were taken to the High Court by bosses at Great Ormond Street Hospital after disagreeing with doctors who wanted their son off life support. Here they are pictured speaking to the media in Queen Square, London in July 2017 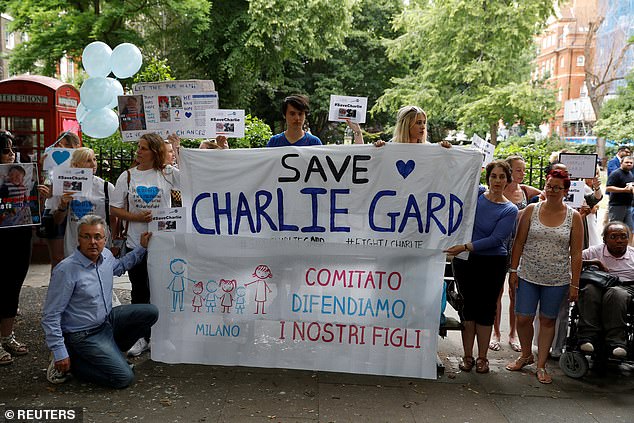 The couple received support from around the world during their fight to allow their son to continue treatment for mitochondrial DNA depletion syndrome. Pictured are family supporters in central London in July 2017

This rare condition that causes muscle weakness and brain damage that requires Charlie to be put on a life support machine at Great Ormond Street Hospital in London.

The doctors at the hospital told the couple that they wanted to turn off the machine and that Charlie could die with dignity.

However, his parents disagreed, raising £1.3million for possible treatment in the United States, with their plight even catching the eye of then-US President Donald Trump.

After a lengthy court battle, the judges ruled that doctors should be allowed to turn off Charlie’s life support and he sadly passed away on July 28, 2017.

Since then, Connie and Charlie have had another son – Oliver – and have moved to Inverness in Scotland, but they say they don’t want another parent to go through what they went through.

They will contribute to a Commons review of health rules, which could include new rules giving parents more choice over how their children are treated and where that happens.

It would also allow parents to request arbitration and independent experts if they disagree with the hospital doctors’ decision.

Speaking to the Sunday People, they said if the proposed changes are approved their beloved Charlie will have a “changed story”.

Chris said: “When our boy died there was a treatment in the US that could have saved him and we were prevented from taking him because the courts blocked it.

“We still cannot understand how this could have happened. So we made it our goal to change the law for Charlie so no other family has to go through what we did. 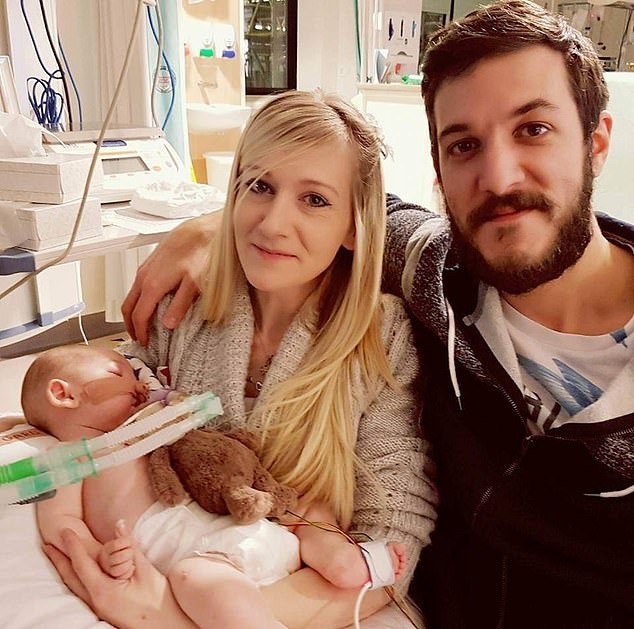 The couple, pictured here with Charlie in 2017, say no parent should have to go through what they went through trying to save their son 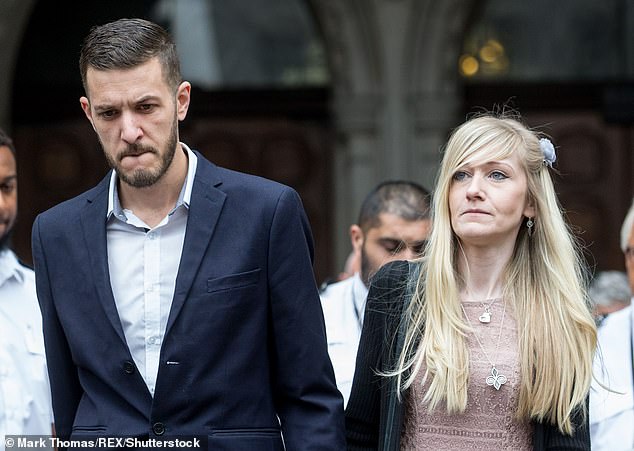 Chris Gard and Connie Yates, pictured here outside the High Court in 2017, say they still don’t understand why they weren’t allowed to bring their son to the United States for treatment

“This review gives us our greatest hope yet. We want Charlie’s name to go down in history as the little boy who really made a difference.”

Connie added; “The most important thing is to prevent other families from arguing with the hospital about what is right for their own child.

“It may be too late for Charlie, but we cannot allow this to happen to other children.

“We couldn’t and don’t understand why we couldn’t have the final say on our son’s future. We were just a regular couple with a baby. Why did we have to be taken to the High Court?’ 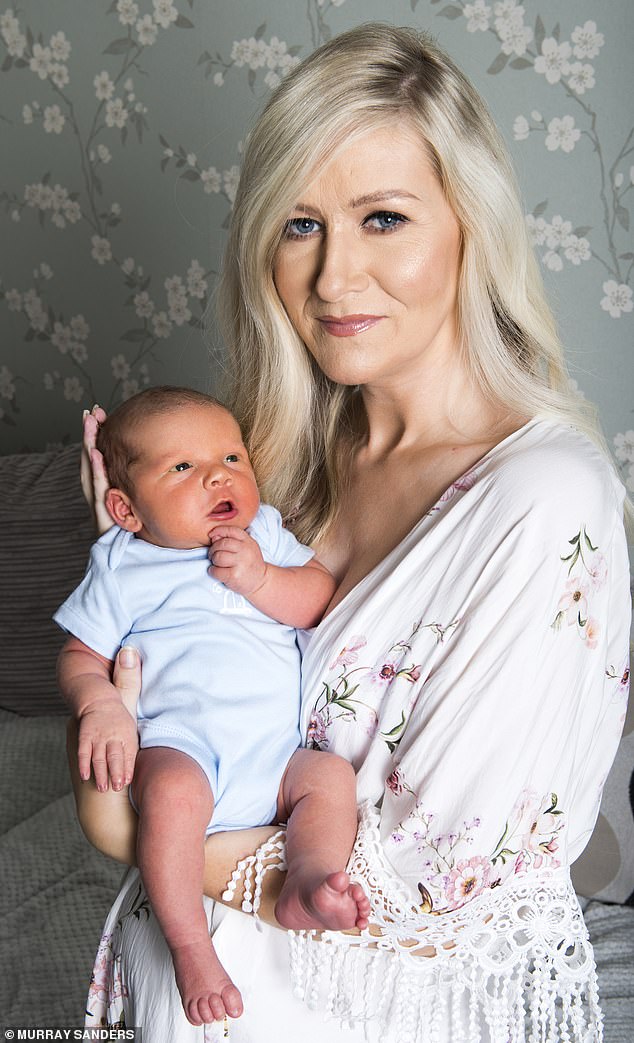 Since Charlie’s death, the couple has had another son, whose brother Oliver was born in 2020. The picture shows Connie with Oliver when he was a week old

The couple, who were supported out of court by family, friends and supporters in 2017, have since founded the Charlie Gard Foundationthat helps people dealing with rare genetic diseases.

They also have another son, Oliver, who is now almost two years old and was born the day after his brother’s birthday.

The couple, who have pictures of Charlie all over the house, say they are heartbroken that Oliver will never meet his big brother.

Speaking to the Daily Mail shortly after Oliver’s birth in 2020, Chris said: “It’s bittersweet because of course we would have loved to have met her in person, but when Ollie reaches the right age he will surely become something about his older brother experienced and what a hero he was to us.’