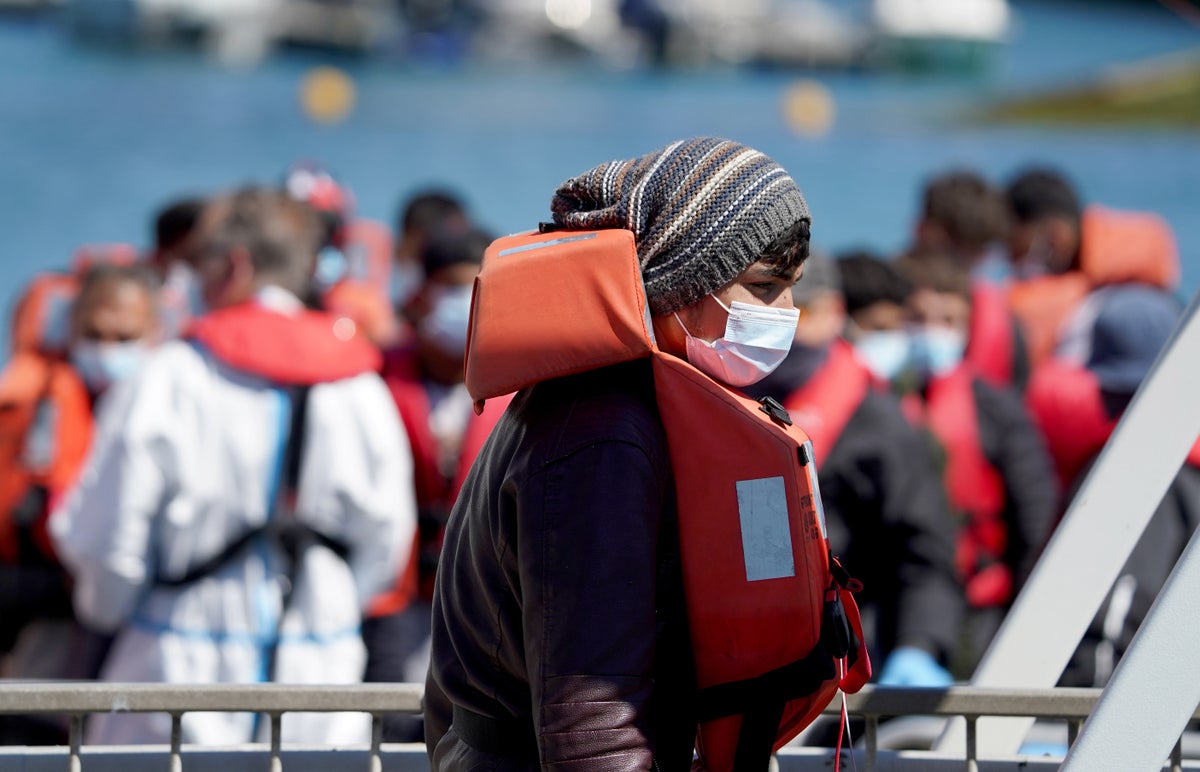 Its report, released days after the home secretary Priti Patel dropped out of an evidence session, said that poor resourcing for staff and technology had been a “significant factor” in the collapse of the system, causing decision making to slow as asylum claims rose.

A record 110,000 asylum seekers are awaiting initial decisions on their claims, and the government has a legal duty to house those facing destitution during the average 14 months each one takes.

An agreement allowing asylum seekers to be sent back to EU countries they travelled through was lost during Brexit and the government has “entirely failed” to replace it, the report said.

It said the necessary cooperation with France on Channel crossings had been made “very political post-Brexit”, and that the UK needed to cooperate with European countries rather than seeking a “magical single solution to dealing with irregular migration”.

Dame Diana Johnson, chair of the home affairs committee, said: “It is clear that the asylum system is broken, but it is not those making Channel crossings who broke it.”

She told The Independent: “Administrative problems that have been building up for many years are the root of why the system is in such a mess now.

“It’s the hard miles you have to do in government to get systems working properly, to have the thing functioning and fit for purpose – that’s the bread and butter stuff people have got to get right.

“But it’s not the stuff that gets headlines, whereas you do get headlines on sending everyone to Rwanda.”

The report concluded that the legal requirement to be present in the UK to claim asylum, combined with the government’s failure to provide safe and legal routes for those travelling across Europe, “leaves people little choice but to use drastic measures to get here”.

At least 166 people are believed to have died while attempting to cross the English Channel since 2014, but the number of small boat crossings has continued to rocket to new records.

The home affairs committee called for the government to focus on creating a safe and legal route for asylum seekers trying to reach the UK from mainland Europe, who are currently declared “inadmissible” and face being criminalised under new laws.

It suggested that juxtaposed asylum assessment facilities, in line with current border controls in northern France, would remove the need for crossings as long as French authorities took responsibility for claims rejected by Britain.

The report said that the Home Office had “failed to foresee the surge in small boats” in 2018, after crackdowns on lorry and ferry crossings caused asylum seekers and smugglers to seek alternative routes.

It said that official warnings in 2019 were not heeded and the government should not be “on the back foot as it responds to developments it was warned about more than two years ago”.

Ms Patel and other government ministers have pointed to the £4.7m daily cost of accommodating migrants in hotels as one of the justifications for the Rwanda deal and moves to criminalise Channel crossings, but the report said the Home Office’s decision backlog was forcing it to support more asylum seekers for longer.

“Antiquated IT systems, high staff turnover, and too few staff are among the reasons for this slow pace,” the home affairs committee found, describing how officials were forced to enter decision making information manually on massive spreadsheets that repeatedly crash.

“This crisis has been building over many years but this government’s response, characterised first by inattention and then by poor decision making, has exacerbated these problems and undermined public confidence in the asylum system.”

The report said that “inadequate” screening interviews for asylum seekers, and poor quality decision making on individual cases, was also leading to processing delays and increasing the likelihood of lengthy and costly appeals.

The report criticised a “worrying trend” of the Home Office making major policy announcements, such as the Rwanda deal and Royal Navy takeover in the Channel, without agreeing on the proposals with other government departments, working out the details or having evidence of their effectiveness.

“T﻿he government risks undermining its own ambitions and the UK’s international standing if it cannot demonstrate that proposed policies such as pushbacks, now abandoned, and offshore processing, such as the Rwanda partnership now being legally challenged, are compatible with international law and conventions,” it warned.

Ministers have claimed that crossings will be deterred by the Rwanda deal and the passing of laws that make arriving without permission in British waters a crime, but the home affairs committee said there was not yet any evidence of an effect.