Boyfriend banned from booking holiday after taking his girlfriend on trip to New Zealand that turned into a nightmare: ‘The bad things just keep happening’

An Australian woman has banned her boyfriend from booking her next holiday after he planned a trip that required the use of an “ice pick”, leaving the couple stranded New Zealandthe highest mountain.

Tourists Keenan Kulisa-Tunhla and Evelyn Loh have been hiding on Aoraki/Mount Cook after temperatures of -12C, heavy rain and snow blocked their only routes back to Queenstown.

It is 1,500 meters higher than Mount Kosciuszko and official advice recommends “mountaineering experience” to reach the hut he planned for your stay halfway up the summit.

Mr. Kulisa-Tunhla planned the adventure without checking the weather or the full requirements. 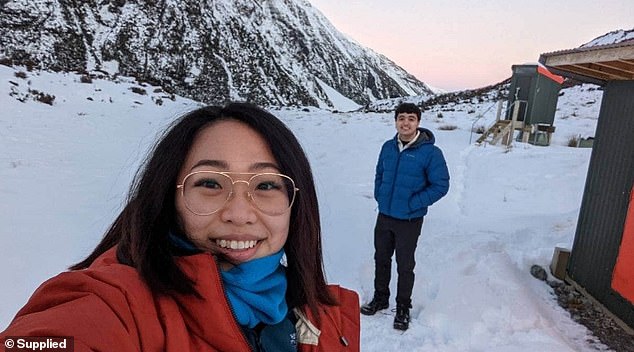 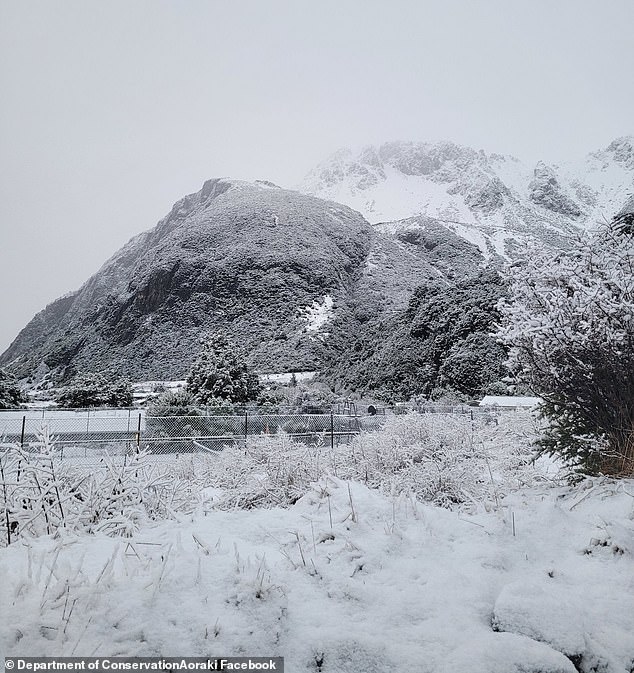 The official website describes a dangerous four-hour rocky, steep zigzag route to the miller’s hut in the mountainous national park.

“The route requires a good level of mountaineering experience, including walking on ice and snow with an ice ax and crampons, route finding and use of an avalanche transceiver, probe and shovel.”

The holiday was organized to celebrate her graduation after studying biomedicine at the University of Melbourne. stuff.co.nz reported.

The scenic lodge Mr. Kulisa-Tunhla was aiming for is just 30 minutes from Mt Olliver, the first peak Sir Edmund Hillary ever climbed.

That was before Hillary became the first person to climb the world’s highest mountain, Everest.

Ms Loh vowed there was “no way” he would let her boyfriend book another holiday for her because he “didn’t do it”. [the] Research’.

He admitted he didn’t check the prediction and the pair were strongly discouraged from attempting the climb. 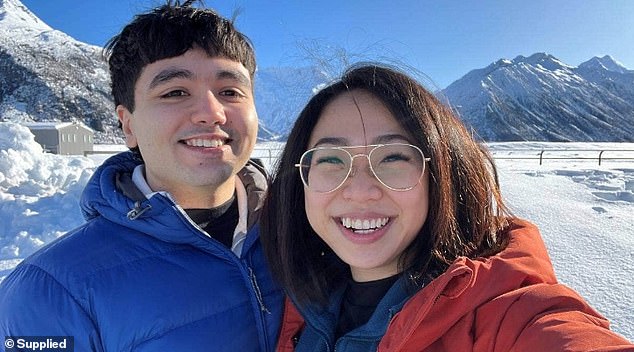 They opted for a safer walk up the Hooker Valley Track, each carrying 12kg backpacks and staying in a cabin – something Ms Loh is reluctant to repeat, although she enjoyed the walk.

The pair came down the mountain and made it back to Mount Cook Village, where they are trapped at the Aoraki Court Motel.

Storms of heavy rain and snow closed all roads outside the area and despite trying to find a ride from the freezing area via social media, Ms Loh and Mr Kulisa-Tunhla are staying there.

The two hope to leave the national park when the roads reopen and make their way back to Queenstown before embarking on a lower-altitude adventure in spectacular Milford Sound.