A footy fan has been charged after allegedly climbing to the top of one Sydney Cricket Ground stands during the rugby test between the Wallabies and England.

Footage circulating on social media shows the man on the roof of the Bill O’Reilly booth as Saturday night’s blockbuster match began.

In the second half, he appeared to urinate onto the big screen while playing on his phone.

Daniel King, 31, was arrested and taken to Surry Hills Police Station where he was charged with two felonies. 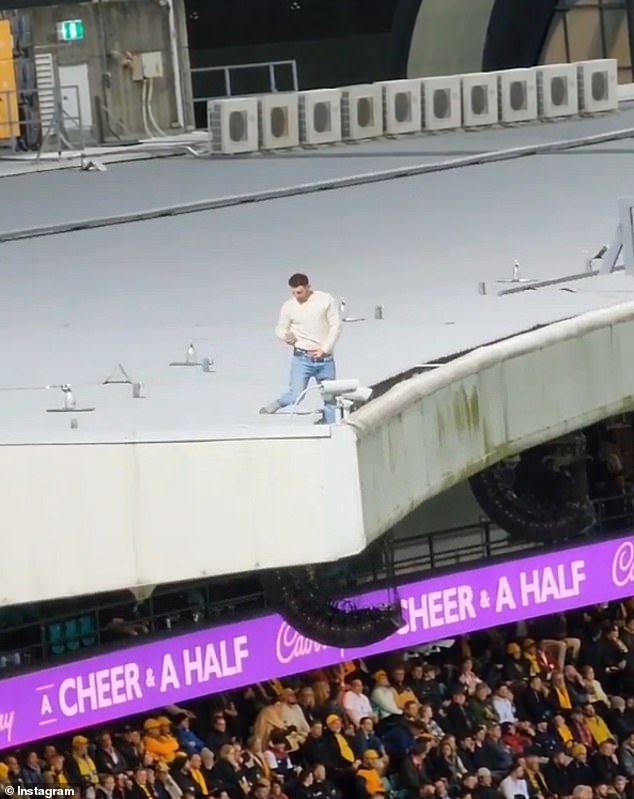 “Around 9.20pm on Saturday 16 July a man was at a sports stadium in Moore Park when he allegedly climbed to the top of a scoreboard at the stadium and onto the roof of a spectator stand,” said a NSW Police spokesman.

“Officers from Surry Hills Police Area Command and Police Rescue attended and shortly afterwards removed the man safely before he was arrested.”

Mr King was charged with conduct [an] in an obscene manner in/near public places and climbing buildings on proposed land without permission.

He was granted bail so he can appear in court again on July 25.

The incident was one of several wild events at the crucial Test, in which England beat the Wallabies 21-17 to win the inaugural Ella Mobbs Cup.

In another heated duel, England manager Eddie Jones got into a heated confrontation with a Wallabies fan who called him a “traitor”.

Footage posted to social media showed a man wearing a yellow beanie and holding a beer sledding Jones, who coached the Wallabies between 2001 and 2005.

As his security detail tried to hold him back, Jones pushed over to attack the man at the fence line. 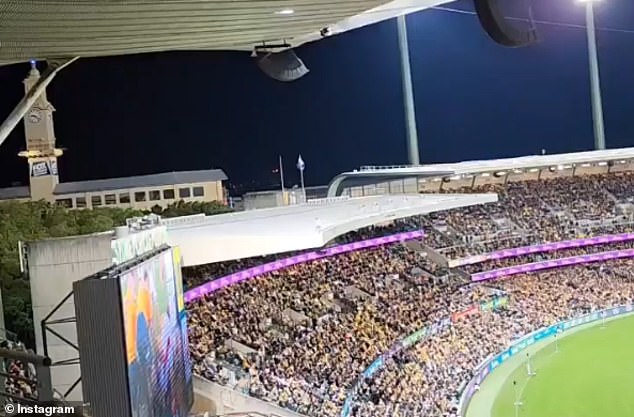 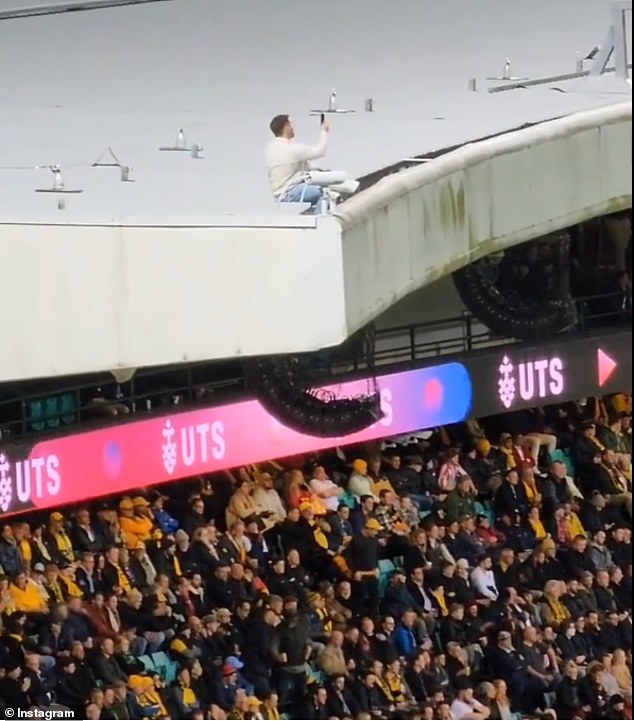 The man watched the rugby match from the top of the building, to the confusion of other fans 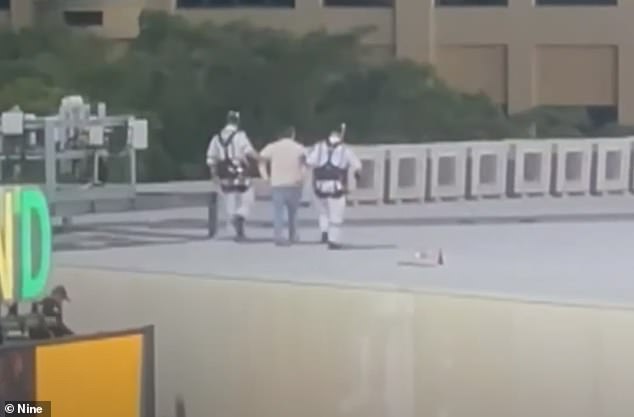 The man was later escorted off the roof by authorities, with police saying charges have been filed

The fan seemed shocked by Jones’ reaction and backed away.

The manager didn’t mention the incident in the post-match press conference but said after winning the Brisbane Test that he took great pleasure in silencing the crowd.

It came after England captain Courtney Lawes said his team were motivated by “clapping” comments from some Australian players in the media ahead of their SCG win.

“We saw a lot in the press about some of our players and what they said,” Lawes said.

“This is all fuel for our tank. Any good team uses that as motivation, I think.’