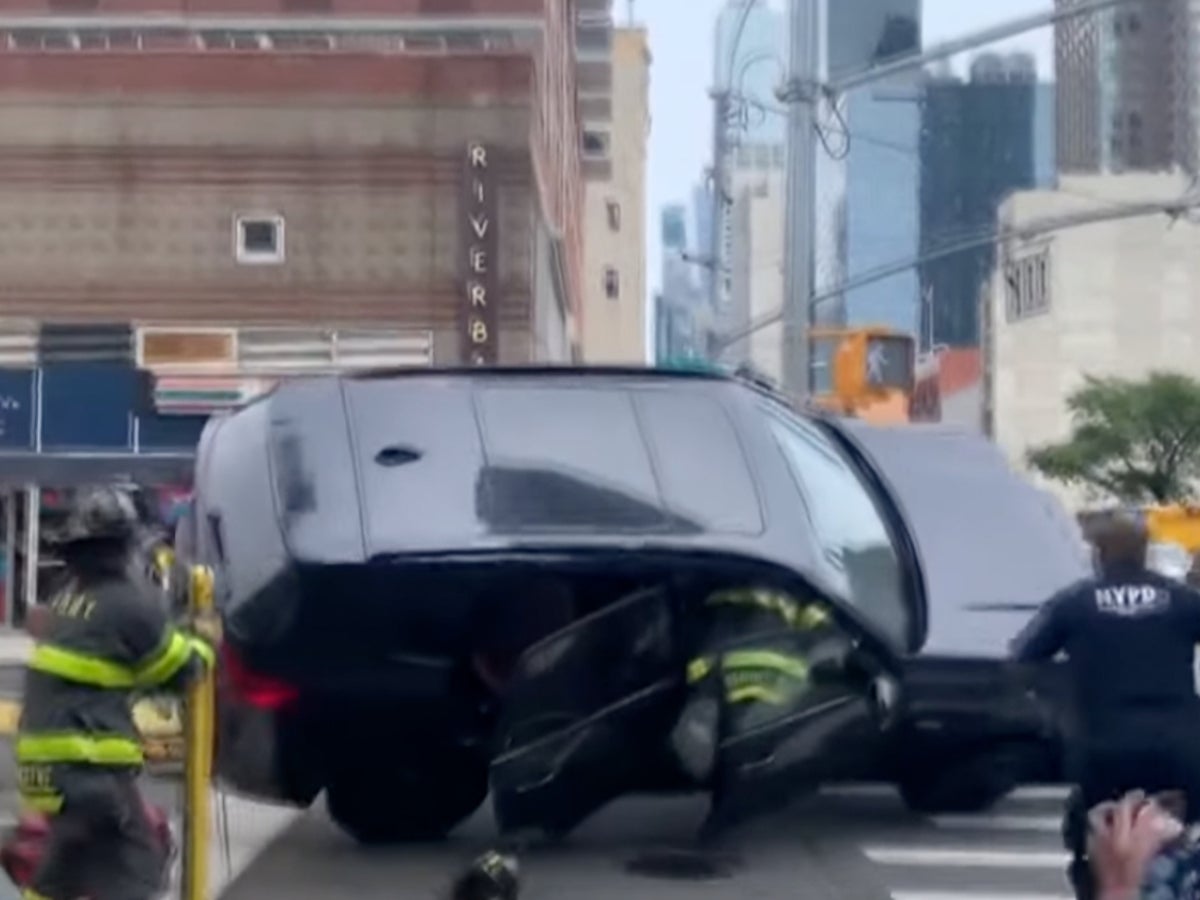 A new York Firefighter seriously injured after being pinned under vehicle he was trying to stabilize after crash Manhattan.

A car was located partially atop another car Sunday in the Hell’s Kitchen neighborhood of Manhattan after a collision.

The collision occurred on 11th Avenue and West 42nd Street, with firefighters arriving around 3:20 p.m FDNY.

The firefighter, identified as Ryan Warnock, was seriously injured and taken to the hospital for treatment, the FDNY said.

“As a result of the accident, a Volvo and a BMW were lying on top of each other. As members of Rescue 1 attempted to brace and stabilize the top of the car and remove the occupants inside, the driver of one of the vehicles put their foot on the gas, causing a car to fall and pinning Firefighter Ryan Warnock under,” said Acting FDNY Commissioner Laura Kavanagh , after PIX11.

“Fireman Warnock has been released and taken to Bellevue where he is in serious but stable condition and is being treated for injuries to his leg,” she added. “Every day, members of our great department risk their lives to protect the residents of our great city. We are grateful for the quick response of our members, whose quick responses helped quickly remove Firefighter Warnock and ensure he received the medical attention he needed.”

Authorities have not yet said what led to the crash, but an FDNY spokesman noted that no civilian injuries were reported. after PIX11 .