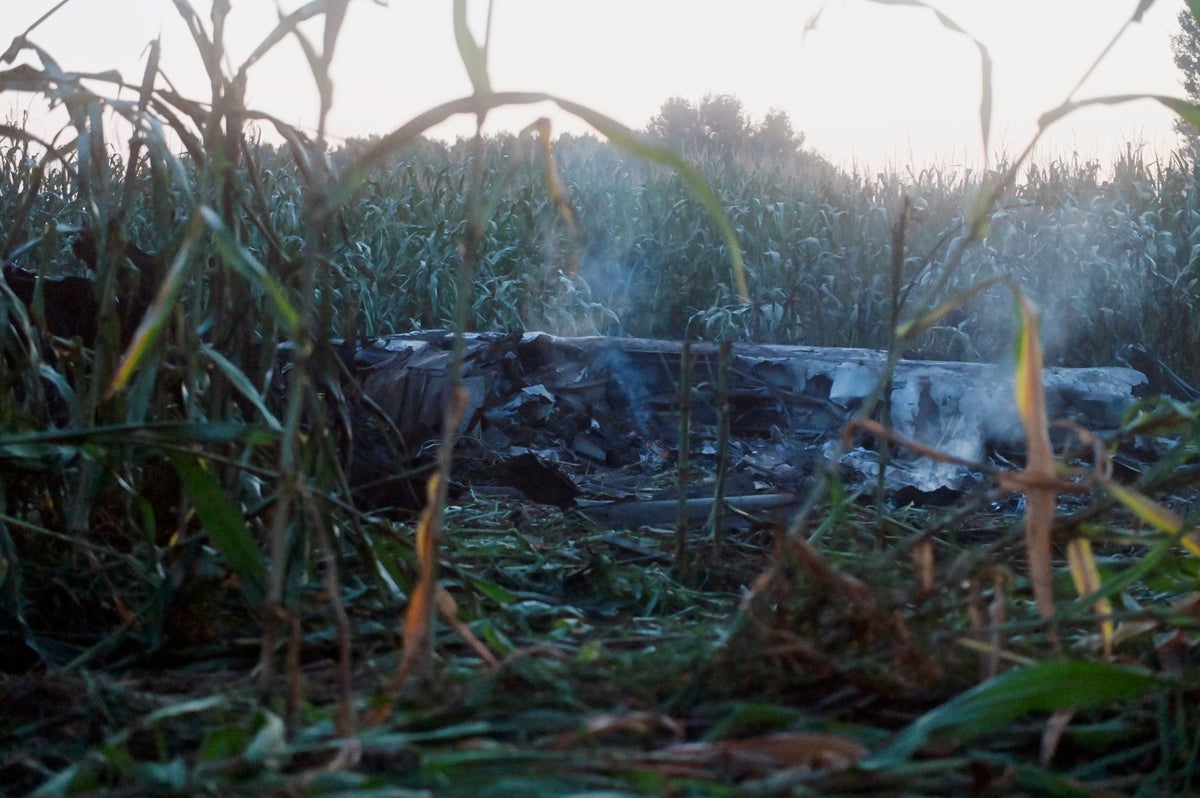 Experts | were ready to search the site of a plane crash in northern Greece early Sunday to determine what type of cargo it was transporting.

The An-12 cargo plane that took off from the city of Nis, Serbiaon Saturday, and was headed to amman, Jordan, crashed just before 11 p.m. local time about 40 kilometers west of Kavala International Airport. Minutes earlier, the pilot of the plane, operated by Ukrainian cargo airline Meridian, told air traffic controllers that there was a problem with one of its engines and that he needed to make an emergency landing. He was directed to Kavala airport but never made it there.

The aircraft is a Soviet-era four-engine turboprop freighter.

Greek media reported that there were eight people on the plane and that it was carrying 12 tons of “dangerous materials”, mostly explosives. However, local officials said they had no specific information about the cargo and provided a slightly different number of people on board.

Drone footage shows only small fragments remain of the plane, which crashed in fields between two villages and was dragged across the ground a short distance. Local residents reported seeing a fireball and hearing explosions for two hours after the crash. As of Sunday morning, a plume of white smoke was still rising from the front end of the plane.

Firefighters rushing to the scene of the crash during the night were prevented from reaching the crash site by smoke and an intense odor they feared could be toxic. Nearby residents have been instructed to keep their windows closed all night, not leave their homes and wear masks. Authorities say they don’t know if there were any dangerous chemicals on the plane, including those found in batteries.

The teams of explosives experts that will soon be operating on the ground will be reinforced by experts from the Hellenic Atomic Energy Commission, the authorities said.

The fire brigade cordoned off the area within a radius of about 400 meters.