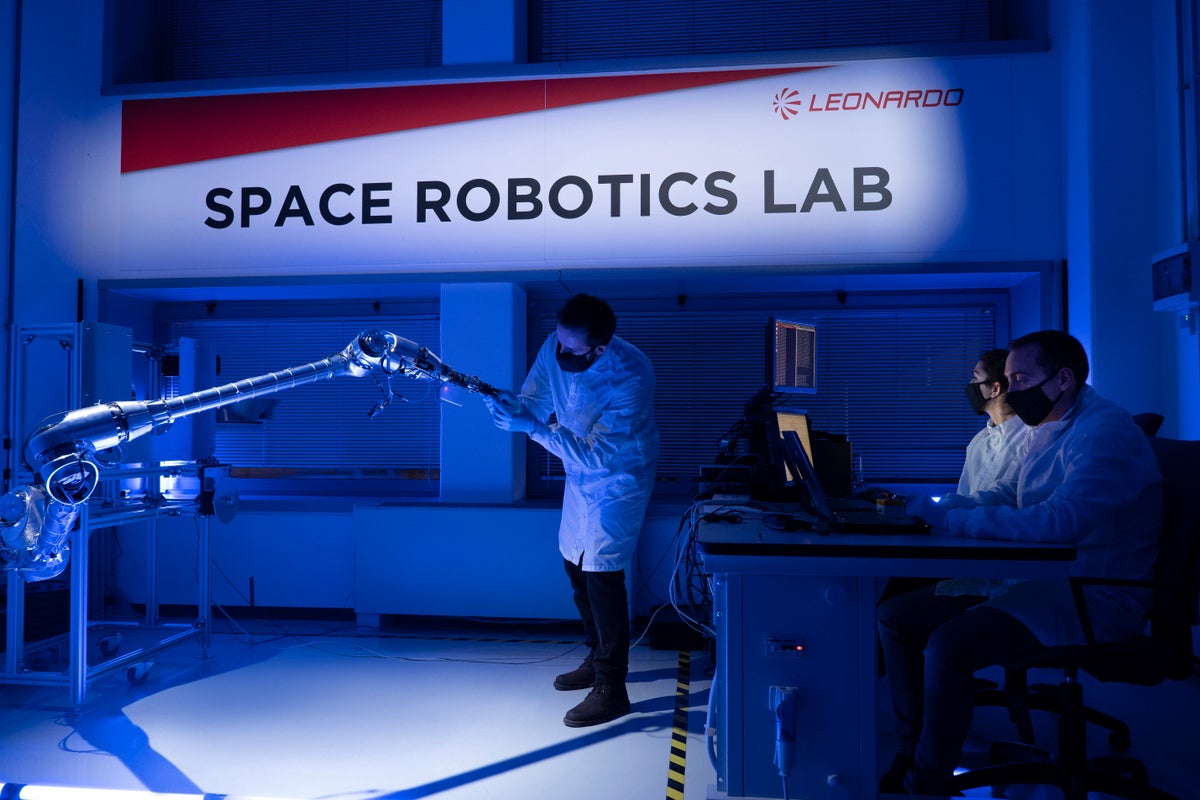 That Mars Example return mission, a collaboration between ESA and Nasa, is already underway, with Nasa’s rover recently drilling the eighth of a total of 38 samples of Martian rock and soil. ESA is developing another small rover to retrieve the samples and place them in an ascent vehicle that will launch the samples into orbit for recovery and transport back to Earth via ESA’s Earth Return Orbiter.

But ESA’s small rover, the Sample Fetch Rover, needs a delicate and agile robotic arm with which to grab, collect and transfer the Martian samples on Mars. ESA signed the contract with Leonardo at the Farnborough International Airshow on Tuesday to develop this arm, called the Sample Transfer Arm.

“Handling the precious samples from Mars and preparing them for delivery on an extraordinary journey from Mars to Earth is an amazing achievement,” said David Parker, ESA Director of Human and Robotic Exploration in an opinion. “The sample transfer arm will be the helping hand that will take planetary science to a new level.”

According to an ESA announcement, the 2.5-meter sample transfer arm will have seven degrees of freedom of movement and mimic a human arm with shoulder, elbow and wrist joints. It is intended to be largely autonomous, using two cameras and sensors to guide itself to remove tubes of sample material from the Perseverance rover, place them on the ground, pick them up again, place them in a container on the ascent vehicle and the to close lid.

The Leonardo consortium, commissioned by ESA to make such a simple robotic arm a reality, includes companies from Spain, France, Romania, Denmark, Greece, Switzerland and the Czech Republic.

The Mars Sample Return Mission aims to return the samples taken by Perseverance to Earth by 2033, where Earth-based laboratories can study the material in detail to learn more about past conditions on Mars and potentially answer the question of whether the Red planet has ever supported life.