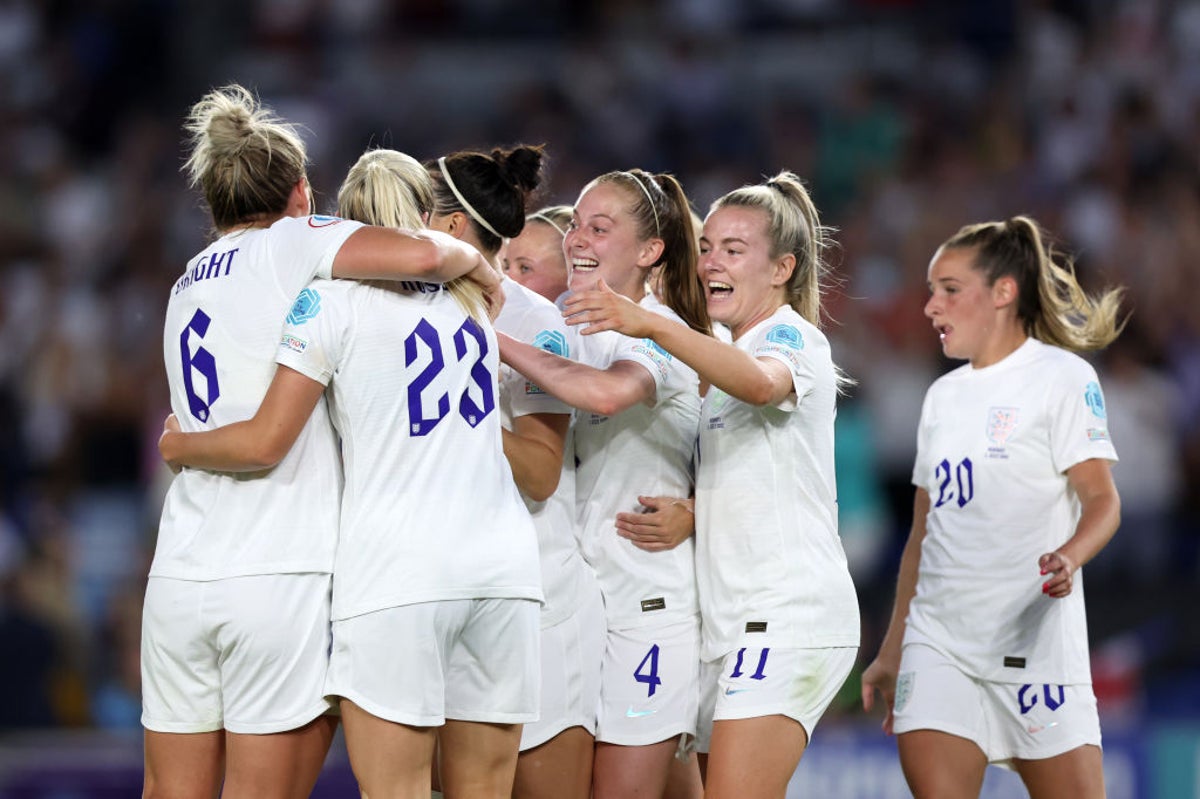 England will look to build on their growing momentum Euro 2022 in the final game of the group stage against Northern Ireland.

The Lionesses are through to the quarter-finals as group winners after their stunning 8-0 win over Norway on Monday.

The result sent shockwaves through the tournament and Northern Ireland, who are unable to qualify for the Round of 16 after back-to-back defeats, face a daunting task.

England manager Sarina Wiegman is out after testing positive for Covid-19 but has said the Lionesses are unlikely to make sweeping changes as they aim to keep up the rhythm for the quarter-finals.

When does England play Northern Ireland?

The match will kick off at 20:00 BST on Friday 15 July at St Mary’s Stadium, Southampton.

How can I watch on TV and is there a live stream?

The game will be broadcast live on BBC One from 7.30pm. It can also be streamed live on BBC iPlayer and the BBC Sport website.

England manager Sarina Wiegman is unavailable but said the Lionesses are unlikely to make any sweeping changes despite their place as group winners already being secured. Chloe Kelly, Ella Toone and Alex Greenwood could be pushing for starts.

Northern Ireland manager Kenny Shiels, meanwhile, has said he is already planning for the future and some of the younger members of his squad could offer valuable tournament experience. Northern Ireland remains without Simone Magill.