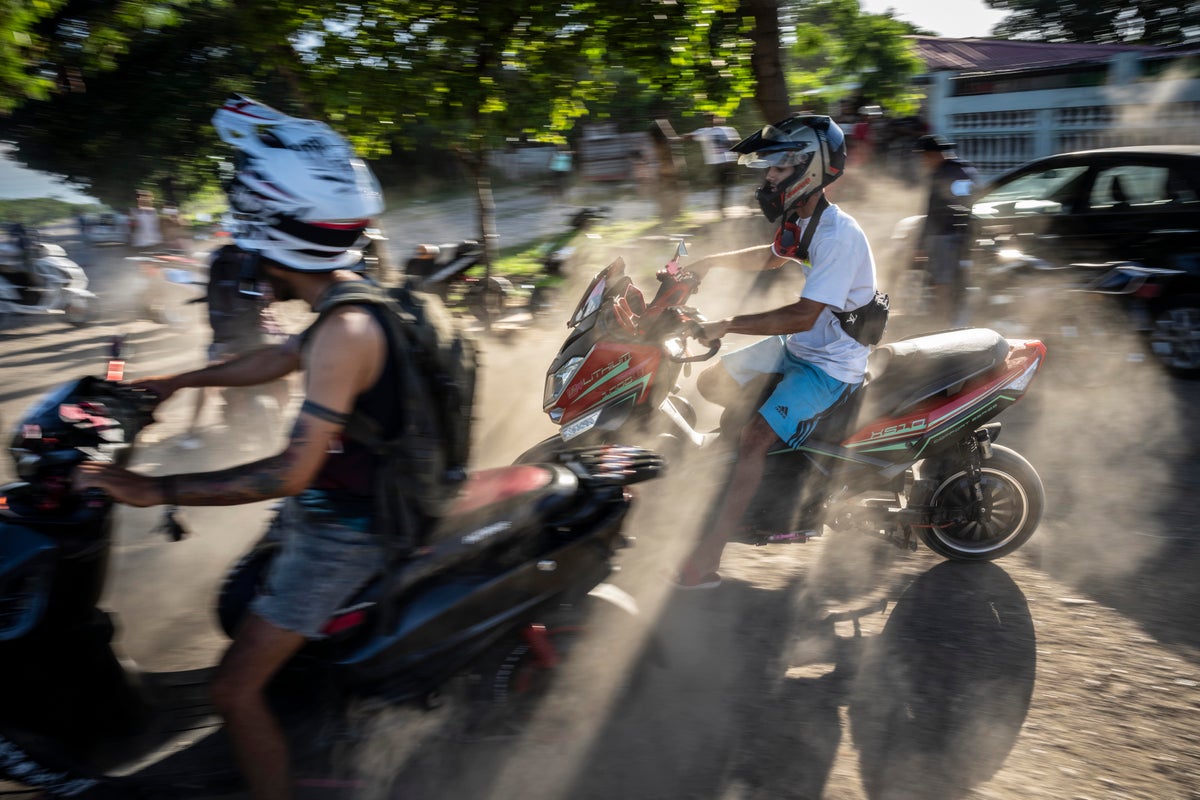 On this highway outside Cuba’s capital, young people ride back and forth on their electric motorcycles, perform stunts and talk about their two-wheelers, which would be largely silent if the music wasn’t blaring from the loudspeakers.

Cuba has been inundated in recent years by ‘motorinas’, as the island’s electric scooters are called, which have been promoted by the government as efficient alternatives to extreme gas and diesel shortages and as a solution to the country’s transportation problems.

Authorities have allowed their importation for the last decade – Cuban Motorbikes with petrol or diesel engines cannot be imported – and since then about 300,000 of them have circulated on the island, said Colonel Mario Ríos Labrada, head of vehicle registration at the National Transit Directorate. For comparison: estimated 500,000 cars.

The bikes can cost anywhere from $2,000 to $5,000. Many are from China and are imported to Cuba via Panama. Cuban officials say a locally made electric motorcycle called the “Minerva” is being made in an old bicycle factory in Villa Clara.

“There’s an ‘outbreak’ of electric motorcycles, everyone likes them,” said Ernesto José Salazar, 20, who works in a paint shop. “We met with 200 motorcycles, honked and listened to music.”

Young drivers organize themselves via social networks and spend hours discussing the advantages of a battery, where to buy tires or where to find the best workshop.

“Fuel is a lost cause, you have to look for it and queue up, having an electric motorcycle here is life itself now,” said Alejandro Vasallo, 23.

Cuban drivers face fuel shortages, particularly diesel fuel, which is also used to power the electricity generators that feed the country’s power grid, which collapsed this summer. The oil shortage was caused by troubles in Venezuela – an island ally and supplier – and US sanctions.

E-scooter drivers charge the batteries via normal sockets and are unlucky when the power fails.

Authorities in Cuba are promoting electric motorcycles as energy-efficient and an alternative to a public transportation system plagued by a shortage of spare parts to repair broken buses and a shortage of fuel.

“electricity will always be cheaper than diesel fuel and petrol, and besides, electric motors are much more efficient than internal combustion engines, you can save up to 70% on fuel costs,” Ramsés Montes Calzadilla, strategy director of the Ministry of Energy and Mines, said in an interview with news website Cubadebate.

The latest figures available from the fire department show that there were 263 fires involving motorcycles with gel or lithium batteries in the first half of 2020, a notable increase from 208 for all of 2019.