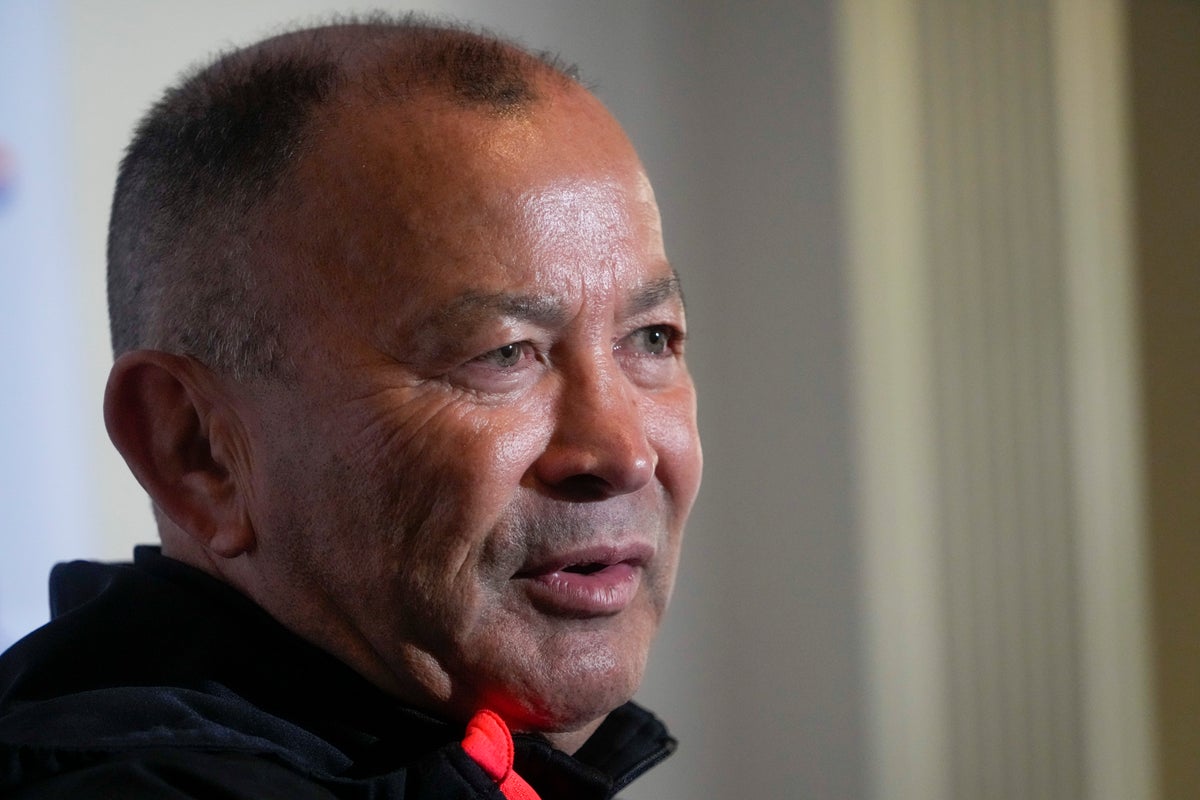 Eddie Jones was involved in an angry confrontation with a Australia Fan after being called a ‘traitor’ in Saturday’s 21-17 win at Sydney Cricket Ground.

Footage released on social media shows England’s head coach being baited by a man wearing one wallabies Cap and holds a pint of beer.

The supporter points the finger at Jones as he enters the field and says “You are a traitor” twice, eliciting an angry response.

Jones struts to the stands and replies, “Come here and say it” three times, causing the surprised fan to back away, and is then led away by a member of the grounds’ security staff.

The security guard is heard saying to the fan, “I’ve spoken to you before.”

It is understood that Jones, an Australian who coached the Wallabies from 2001 to 2005, was subjected to hostile abuse as he walked to and from the coaching box with the SCG’s layout meaning he walked through sections of the home crowd had to.

“Clowns think they have the ability to abuse trainers,” Jones told the Sydney Morning Herald when asked about the incident.

That rugby The Football Union and Australian Rugby Union have been asked for a response.

A week ago, Jones opened up about how he found satisfaction in silencing Australian fans with England’s 25-17 win in the second Test at Suncorp Stadium, although it’s known he didn’t receive the same level of abuse in Brisbane .

“They have 48,000 people who are all drunk and all they want to see is their team win. If you turn them down, it’s a great experience. A great feeling,” said Jones.

“I just came out of the coaches’ box and they all had their scarves on. Since when do Australians wear scarves? It’s all the rage, isn’t it? You’re not that smart now.

“Before the game they come up to me and tell me you’re going to get your seatbelt tonight. Now they are a little quieter. It’s good. I’m really enjoying this.”

However, Jones’ experience of fan abuse is not limited to Australia.

On the 2018 tour to South Africa, he fought back the crowd at Ellis Park in a heated tunnel confrontation, holding his own for 10–15 seconds before being carried away by players and staff.

Earlier that year he was physically and verbally abused by Scottish fans in Manchester and when catching a train to London after a 25–15 defeat at Murrayfield.

The incidents were investigated by British Transport Police and Jones vowed to stop using public transport.

The bulk of England’s tour group return home on Sunday, although Jones and his assistants will spend the next week with the AFL team Melbourne Storm in terms of developing their coaching skills.

It comes at the end of a successful tour of Down Under, during which he clinched a valuable series win 14 months before the next World Championship.

“The result is always important, but so is the development of the team. We’re developing a team for the World Cup and it was crucial for us to get it right,” said Jones.

“The results don’t always tell you that you did it right, contrary to what people think, but the development of the team has been outstanding.”