Drop the duvet, it will reach 30C at night! And it could be hotter than the Sahara during the day… as ministers tell schools to stay open despite heatwave

Through Daniel Jones and Anna Mikhailova for The Mail On Sunday

The UK is set to experience its highest ever overnight temperature tomorrow, with highs of 30C (86F).

And during the day “Furnace Britain” will be hotter than Delhi and the Sahara, with experts predicting the mercury could reach 41C – twice the UK summer average.

Yesterday, ministers held a Cobra meeting to discuss the health impact of the heatwave after the national emergency was declared – but warned against closing schools.

It is the first red extreme heat warning in the UK as temperatures soar towards 40C for the first time on record. Meteorologists have given an 80 per cent chance the mercury will beat the UK record of 38.7C set in Cambridge in 2019. 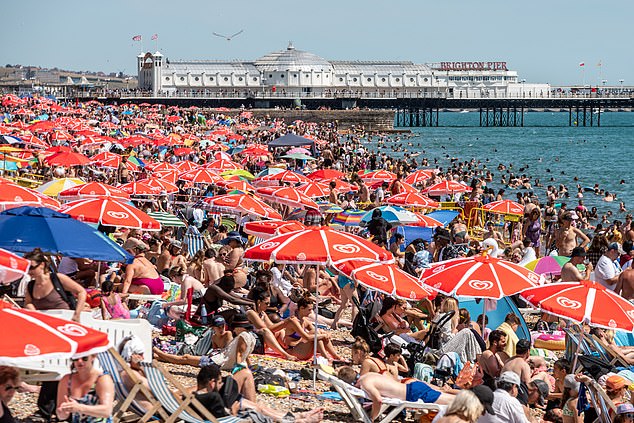 Meteorologists have given an 80 per cent chance the mercury will beat the UK record of 38.7C set in Cambridge in 2019 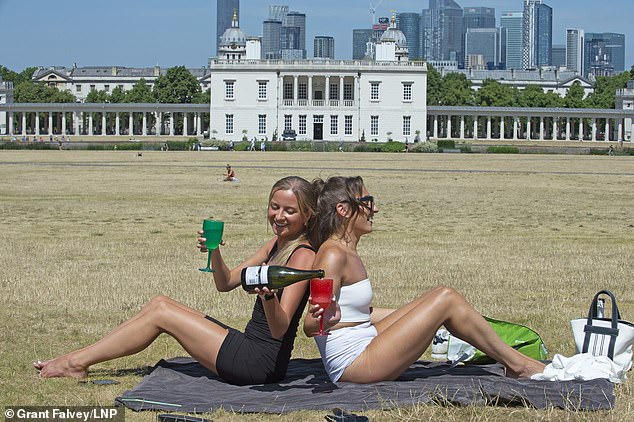 Meteorologists have warned on Tuesday there is a 50 per cent chance of temperatures reaching 40C or more, most likely along the A1 corridor 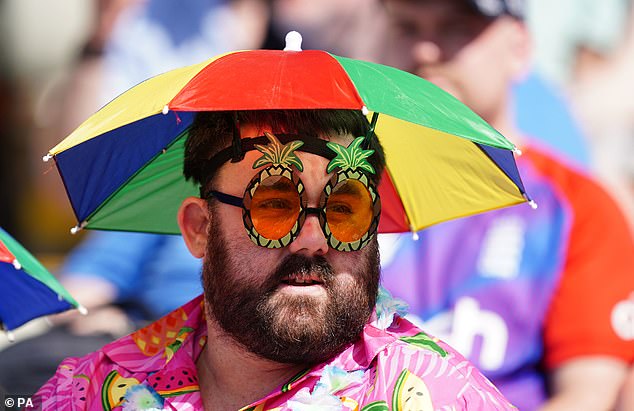 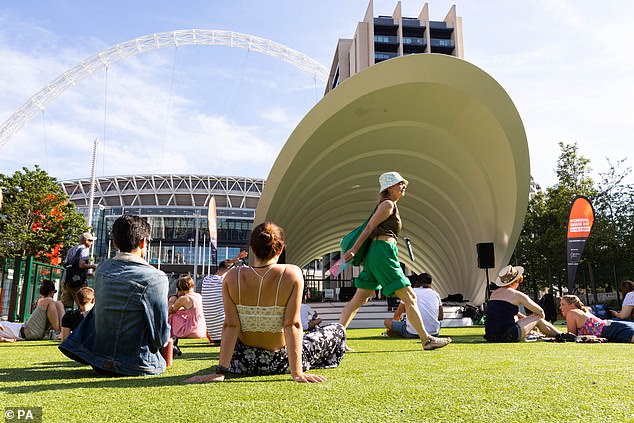 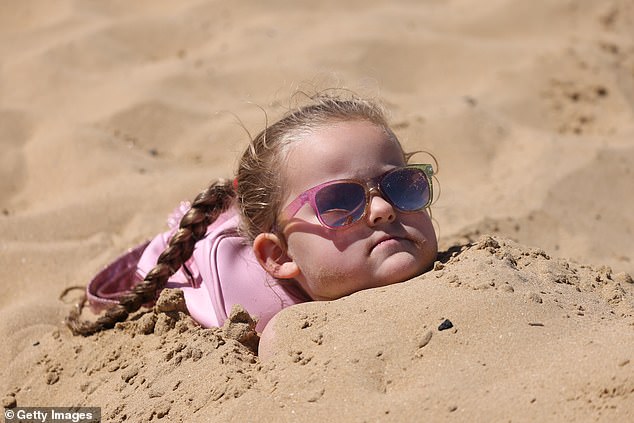 A young girl enjoys the sun on Margate Beach on Saturday July 16th. A level three health alert has already been issued, rising to level four in some areas by Monday 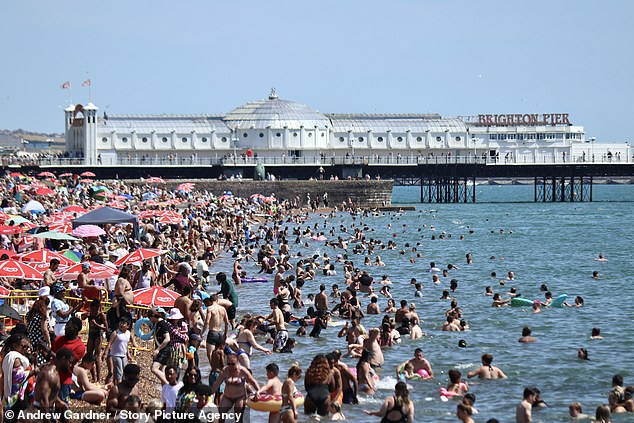 A hot 30C – 15C above average – is due in London by 1am tomorrow night. The current night temperature record is 23.9°C and was set in Brighton in August 1990

There are fears thousands could die and the health service has deployed additional ambulance capacity and more 111 call workers.

There was barely enough room to lay down a beach towel on Brighton’s beach yesterday as around 300,000 people descended on the south coast resort to soak up the sun.

Families were expected to spend £4billion this weekend to visit beaches, shops and pubs before the heat becomes too unbearable to head out next week. Asda said sales of paddling pools rose 10-fold, while Sainsbury’s said it sold 19 times the usual number of fans.

Many ventured into the back garden for a BBQ, with Asda saying it sold 4.5 million sausages and 1.4 million burgers last week.

Aldi predicts it will have sold 2.5million burgers by the end of the weekend, and all supermarkets said they had seen demand for ice cream surge. Sunscreen sales have also tripled, while shoppers stock up on aloe vera gel for sunburn, Holland & Barrett said.

Domestic tourism spending on day trips and stays this weekend is expected to top £1.5 billion, VisitEngland data trends show. Families have been scrambling to stock fridges to avoid the worst of the heat tomorrow and Tuesday. Data on spending trends suggests households will spend £2billion in supermarkets over the weekend.

Met Office Chief Executive Penny Endersby said: “Here in the UK we are used to seeing a hot spell as an opportunity to get out in the sun and play. It’s not that kind of weather.”

Health Secretary Steve Barclay urged the public to be on the lookout for vulnerable relatives and neighbors, urging people to “take sensible steps about water, shade and cover”.

After chairing the Cobra meeting, Cabinet Secretary Kit Malthouse warned there would be significant traffic disruptions earlier in the week and urged people not to travel unnecessarily.

He said: “The heat will affect the rails, for example, so trains will have to slow down. There may be fewer services. People must be wary of disturbances.

“If they don’t have to travel, this might be a moment to work from home.”

Research last week showed people trying to make the most of air conditioning in the workplace, with offices at 42 percent occupancy, the highest since March 2020.

Some schools have started the summer holidays earlier due to the heat, but contrary to teachers’ unions’ suggestion that some schools will have to close, government sources told The Mail on Sunday that the “consensus” at yesterday’s Cobra meeting was for the youngsters to do so would be at risk if left unattended at home.

Meteorologists have warned on Tuesday there is a 50 per cent chance of temperatures reaching 40C or more, most likely along the A1 corridor, which runs from London to Scotland through counties such as Nottinghamshire and Lincolnshire.

That would make Britain hotter than the 35C expected in Tamanrasset in the Sahara and 37C in New Delhi, India. A hot 30C – 15C above average – is due in London by 1am tomorrow night. The current night temperature record is 23.9°C and was set in Brighton in August 1990.

Firefighters have warned the public to be careful when throwing out disposable barbecues or charcoal and cigarettes, and not to burn yard waste.

France’s heatwave is expected to peak on Monday when temperatures soar above 40C (104F).