As the nation smolders and temperatures hit record highs, heating our homes may be the last thing on our minds.

But fears are growing that Britain is heading for another winter of discontent, with energy bills set to top £3,200 a year – about a third of the typical state pension.

At the same time, companies have been accused of overcharging customers after miscalculating their monthly direct debit payments. This means thousands of households could be eligible for refunds.

Fears are mounting Britain is heading for another winter of discontent, with energy bills expected to exceed £3,200 a year – about a third of the typical state pension

Analysts are predicting that the energy price cap could rise another 65 percent this October – a number that consumer champion Martin Lewis called “nauseating”.

Mr Lewis went further yesterday to warn that “lives could be lost” if more is not done to soften the hit of soaring bills this winter.

“Households will really struggle this winter while suppliers make a profit. As for Christmas, I tell older relatives that they can forget to buy me a present. Your money must be saved for bills.’

But how do you know if bill increases are fair or if you should contest them?

An analysis by watchdog Ofgem found that more than seven million households with a standard variable tariff (SVT) saw their direct debit payments increase by an average of 62 percent between February and April 2022.

The review found that five companies had “moderate or severe weaknesses” in calculating direct debit payments.

These were Ecotricity, Good Energy, Green Energy UK, TruEnergy and Utilita Energy. “Minor weaknesses” were identified for seven others, including Bulb, E.ON, Octopus, Shell and Ovo.

Ofgem said it found no “evidence of unjustifiably high direct debits”. However, it found that the five worst suppliers’ processes “were not as robust as they could be” resulting in “inconsistent, incorrect or poor treatment of customers”.

These firms have been instructed to submit an action plan by July 27 outlining how they will correct inaccurate invoices.

My bills have increased by 238% 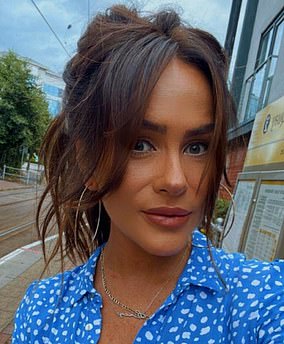 Refund: Lucy Hilton complained to EON after they increased their monthly bill by 238%

Lucy Hilton has been hit with a £550 claim from her provider E.ON after her bill for her one-bedroom flat in Manchester was raised by 238 per cent to £200 a month.

But when she lodged a complaint, she found she was actually owed £150.

Lucy, 33, then managed to get her monthly bill down to £120 but still feels like she’s paying too much.

“After a long conversation with a customer service representative, they realized that E.ON had overstated my direct debits and actually owed me money,” she says.

And all providers must now review all cases where direct debits increased by more than 100 percent between February and April this year.

According to Ofgem, around 500,000 SVT customers are potentially eligible for a rebate or “goodwill payment”.

A spokesman for Utilita also confirms it will look into all cases where bills have risen by more than 100 per cent – and will pass the findings on to Ofgem.

If you think you’ve received an incorrect invoice, experts recommend speaking to your supplier first. Anyone who is dissatisfied with the result can then complain to the energy ombudsman.

Between January and March this year, the Ombudsman received 19,352 complaints, 26 percent more than in the last three months of the previous year.

Billing disputes accounted for more than a fifth of all cases. Emily Seymour, sustainability editor at consumer organization Which?, says: “To make sure you’re not being overcharged, send your utility meter readings regularly.

“You should have a buffer of credit in your account that builds up in the summer and depletes in the winter, but it shouldn’t be an inordinately large amount – which could indicate that your direct debits are overstated.”

Citizens Advice recommends having enough money in your account to cover a month’s needs.

Some providers refund credits at the end of each year. However, you can request a refund yourself. According to Ofgem, companies must pay these “immediately” unless they have valid reasons not to do so.

Increases: An analysis by Ofgem found that over seven million households on a standard variable tariff saw their direct debit payments increase by an average of 62% between February and April 2022

A dispute is brewing in the industry over how best to protect credit. It recently emerged that many now-defunct companies were misusing customer funds to fund their own operations. Around £400m in loans disappeared as 28 firms collapsed.

The supplier of last resort who was commissioned to take over the customer accounts should reimburse the amounts owed. But many households are still waiting.

The chaos has prompted a crackdown from Ofgem, whose chief executive has said companies shouldn’t be allowed to spend customer funds as if it were an “interest-free corporate credit card”.

Ofgem is now advising on a balance sheet shielding scheme – a scheme backed by most of the country’s biggest suppliers, including E.ON and British Gas. However, Octopus Energy conspicuously does not support the proposals, claiming the initiative will drive up customer bills.

The company is bidding to acquire Bulb, which went into administration in November.

It might be tempting to commit to a fixed rate now to forestall impending price hikes. But these offers are few and far between.

Joe Malinowski of The Energy Shop says: “If you can find a deal that would cost the average household less than £3,000 a year it might be wise to go for it, but nobody is offering those. Any more expensive deal is pointless as you end up paying a winter premium in August.’

Ms Seymour added that households should be wary of high exit fees for firm deals.

Also, time is running out to claim the £150 government tax refund. Application deadline is July 31st.

Local authorities fear that not enough taxpayers are claiming the money.

According to Guildford Borough Council, one in three eligible households in their area had not applied by the end of June.