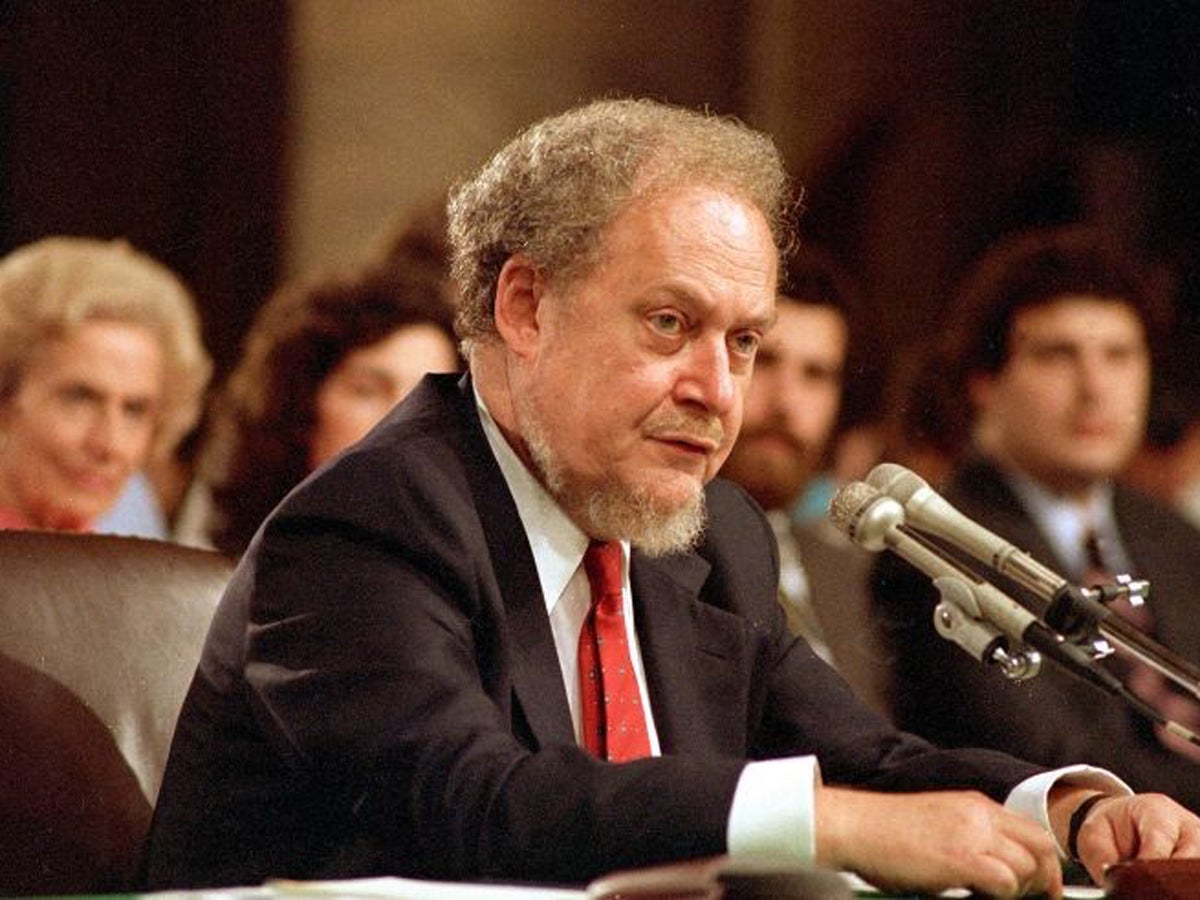 When I was a law student, Robert Bork, already an appellate judge, taught a seminar on judicial review. He was already rehearsing his answers for his much-anticipated Supreme Court nomination hearing. His views were extreme but he was rigorously honest, unlike today’s Supreme Court majority, who share his extremism but lack his candor.

Bork knew he had to support the Supreme Court ruling Brown v Board of Education. He was uncomfortable with the court considering an abstract principle he considered neutral — “separate but equal” — and then looking beyond the marble pillars to see how “separate but equal” was being implemented across the states. He was skeptical of a court that incorporated sociological data into decisions that should be made on legal principles alone. But he knew that too Brown According to the court’s reasoning, there was no moral or just principle that could lead us back to segregation.

Bork was drawn to the idea of ​​”constitutional easements”: decisions that, while based on shaky jurisprudence, had over time become so fundamental to the American way of life that they could not be overturned without seriously damaging American society and culture . At this time, Brown had been the law of the country for less than thirty years, but he knew the court could not order the segregation of American schools.

Ironically, nearly seventy years later, America’s schools are still heavily segregated. Desegregation may have set a “super precedent,” but essential patterns of American life had not evolved around that principle. Desegregation continued despite massive white resistance in the 1960s, but segregation of black children in schools has changed little since 1972, during which time segregation of Hispanic children has increased. Since then, the promise of Brown has regressed. Courts have waived full remedies unless it can be shown that the segregation is intentional and does not reflect residential or income patterns. Today, black children are five times more likely than white children to attend schools that are highly segregated by race and ethnicity. Bork’s constitutional easement does not exist in real life.

As one of the few symbolic liberals in this seminar, I asked Bork: “Deer vs Wade is now ten years old. When will patterns of American life related to reproductive rights emerge? roe so that it creates a constitutional servitude?” Never, he replied.

He was right. For nearly fifty years, women’s right to make their own reproductive choices was constitutionally guaranteed. One could argue on the basis of majority opinion in this 7-to-2 decision, but it was the law of the country and generations of women (and men) grew up in a country where abortion was a matter for the pregnant woman, not her Country. As with desegregation, the law was contentious and the subject of debate, protest, and even violence. Patterns of American Life about the most difficult and intimate issues that people face in their lives – teenage pregnancies, pregnancies that were the result of rape or incest, whether a pregnancy should be continued with a seriously ill or life-incompatible fetus, whether couples could afford to raise more children – decisions were made by women. Ten-year-old rape victims could not be forced to term because the state insisted on invoking its moral preferences. Poor women, often of black origin, did not have to travel hundreds of miles or bear expenses they could not afford because wealthy, mostly white male parliaments decided that their political calculations or moral hunches should be imposed on all. Despite numerous attempts to limit and limit this right, for half a century women controlled their bodies, not the state. Social patterns emerged around this reality.

Although it is difficult to obtain absolutely reliable statistics, the Guttmacher Institute estimates that there were about 750,000 abortions per year immediately afterwards roe, quickly rose to over a million and peaked at around 1.5 million per year in the early 1990s, after which there was a slow and steady decline to just under a million in the latest statistics from 2019. Whatever one thinks about abortion, there can be no doubt that these most difficult, most intimate decisions have been made by millions of American women. And now they won’t.

With the decision in there Dobbs, States are now making that choice; they can grant or deny rights as they please. Thirteen states have “trigger laws” that were passed to take effect immediately or shortly after Wade was overruled. Some states have never repealed their abortion laws, even though they were made unenforceable by Roe. Wisconsin law, written in 1849, makes performing an abortion a crime, with penalties of up to six years in prison and a fine of up to $10,000. Michigan is debating reinstating a 1931 ban. No state has exceptions for rape or incest. Idaho law makes no exception to save the mother’s life. Can it really be considered democratic and respectful of women for states to dust off laws passed by legislators who were no doubt all male and now all dead?

But the problem goes beyond dead control by legislators who have legislated in different circumstances and in different societies. Legislators today, often manipulated and unrepresentative, have and will enact similar laws. Many states are vying to be the most categorical on abortions. And if Republicans take over the federal government in 2024, there is a threat of a categorical ban nationwide.

It has been argued that if abortion rights are so important, voters are likely to take steps to make those rights available. But that is a naïve view of the current American system, which has become sclerotic, polarized and unrepresentative of the will of the majority. I fear that women will look back to the days when their wombs were their own and not the property of a reactionary and unresponsive political system empowered by a Supreme Court genuinely “manipulated” by Trump and his enablers.

Eric Lewis is a human rights attorney. He sits on the board of The Independent