Dave Coulier has revealed it took him a moment or two to realize he was the guy portrayed in Alanis Morrisette’s smashing hit You Oughta Know.

In an interview on Tuesday’s episode of Sirius XM Faction Talk, hosted by Jim Norton and Sam Roberts, the 62-year-old comedian opened up about his first encounter with the 1995 chart-topper.

The actor had recently completed his final season on Full House and was driving around his hometown of Detroit when he first heard the song on the radio. “And I was like, ‘Wow, that’s a really cool hook line.’ And then I start listening the voice. I’m like, ‘Wow, this girl can sing.’ 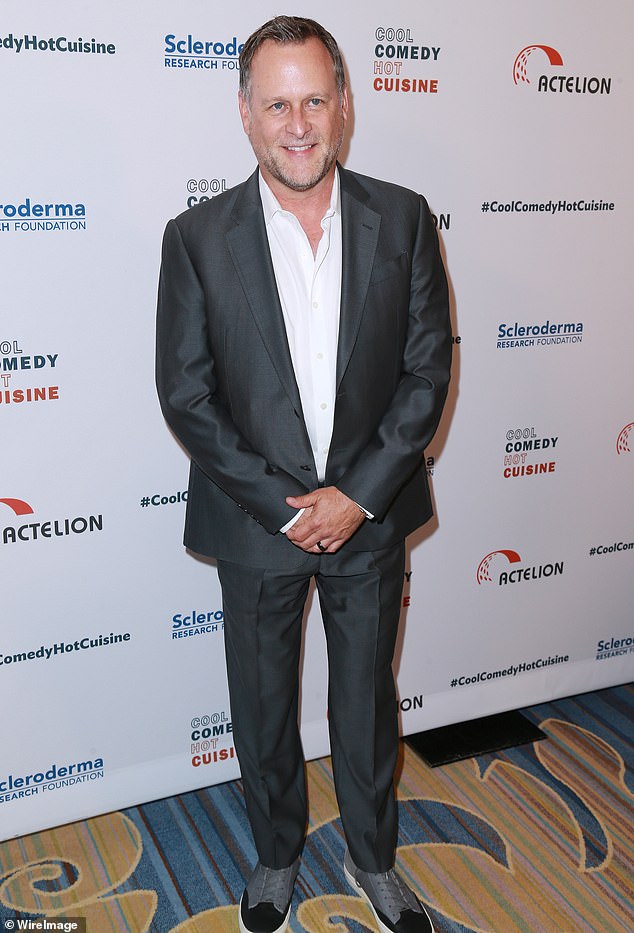 Reveled: Dave Coulier, 62, revealed it took him a moment to realize he was the guy portrayed in his ex-girlfriend Alanis Morrissette’s hit song ‘You Oughta Know’

Dave recalled Alanis, 48, writing songs for Jagged Little Pill during their two-year relationship. They started dating in 1992 when the singer was 18 and Dave was 30. The couple split a few months before the Grammy winner recorded the album.

“And I had no idea, you know, that was the record.”

As he began to listen more closely to the tune, the Live + Local star explained that the details were beginning to feel familiar. 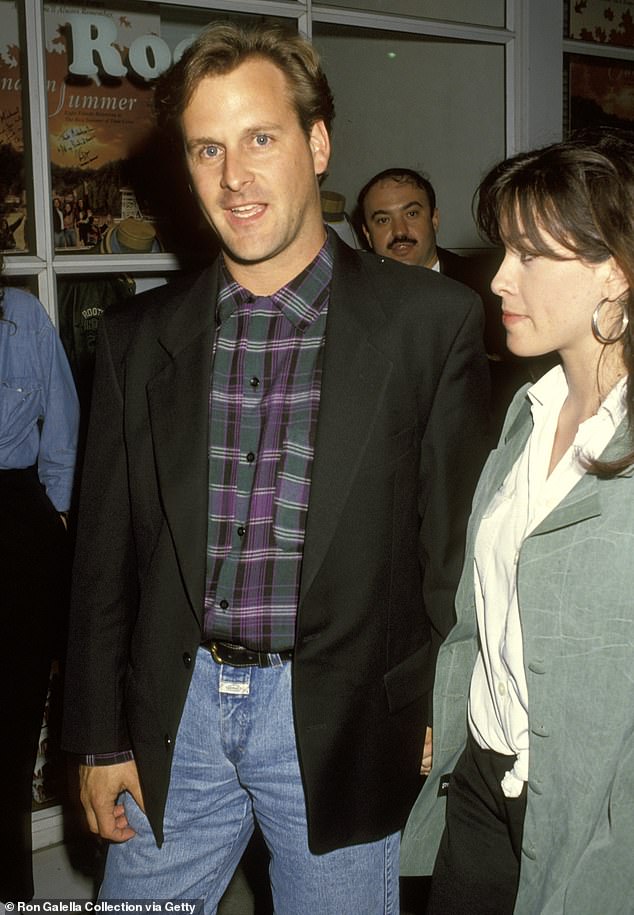 Dating: The comedian and rocker dated for two years prior to the release of Jagged Little Pill in 1995. They broke up just before Alanis recorded the album, which garnered 5 Grammy awards 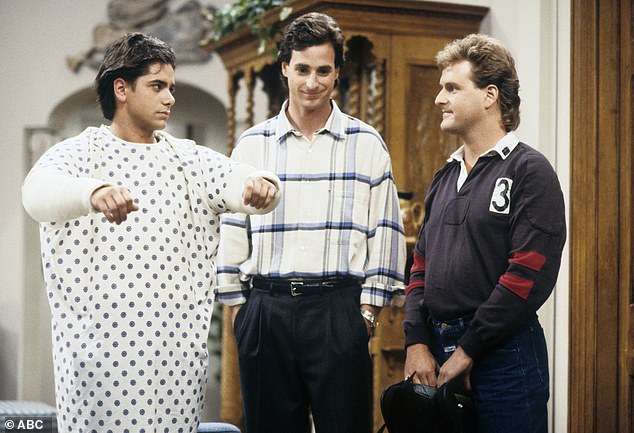 Full House: Dave starred as Joey Goldstone on the hit sitcom Full House from 1987 to 1995 and had completed work on the show’s final season a few months before the album’s release 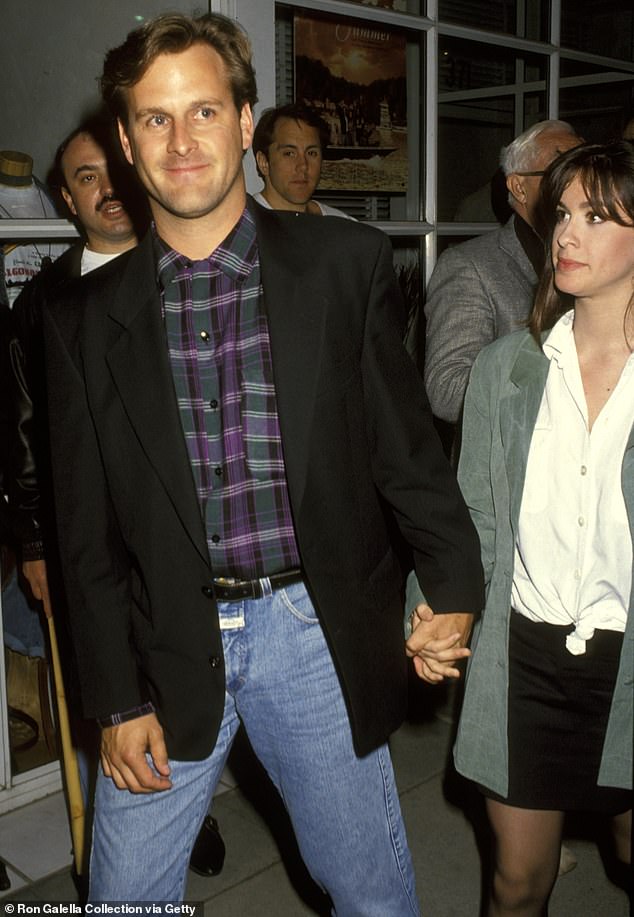 Uh oh: Dave said he was in Detroit when he first heard the song on the radio. “And then I was like, um, and hearing the lyrics, ‘Ooh, oh no. Oh, I can’t be that guy.”

“And then I was like, um, listening to the lyrics saying, ‘Oh, oh no. Oh, I can’t be that guy.” And I went to the record store, bought the CD, and I parked on the street and listened to the whole record. And there was a lot of familiar stuff in there that she and I had talked about,” he recalled.

“So I started listening to it and I was like, ‘Ooh, I think I might have really hurt that woman.’ And that was my first thought.’

Jagged Little Pill won five Grammys at the 38th Grammy Awards in 1996, including Album of the Year and Best Rock Album. In 2020, Rolling Stone ranked it number 69 on their list of the 500 greatest albums of all time. The songs were adapted into a Tony-winning musical. 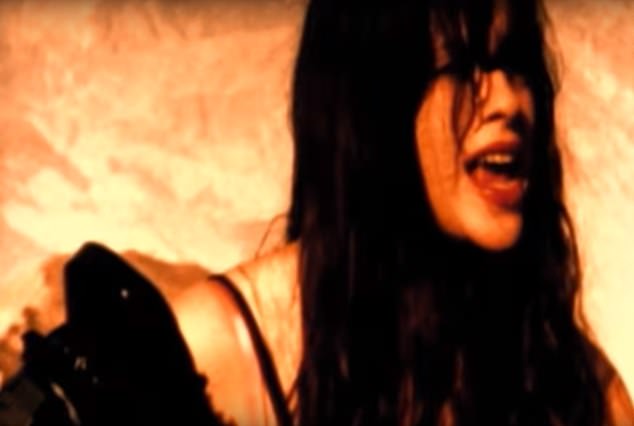 Grammys: Jagged Little Pill won five Grammys including Album of the Year and Best Rock Album. In 2020, Rolling Stone ranked it number 69 on their list of the 500 greatest albums of all time

Dave described the Ironic artist as “pretty” during their relationship and afterwards.

“So years later we reconnected and she couldn’t have been cuter. And I said, ‘What should I say when people ask me about this relationship?’ and she said, ‘You can say whatever you want.’ So she was really sweet about it.’

He continued to extol the virtues of his former flame. “I’ll tell you what kind of person she is,” he began. “Alanis was living in Toronto when my sister Sharon died of cancer. My sister was in Detroit. She actually drove to Detroit with her guitar and sat in the hospital with my sister, playing songs and singing for my sister. That’s the kind of person she is. So I never had anything bad to say about her. She’s lovely.” 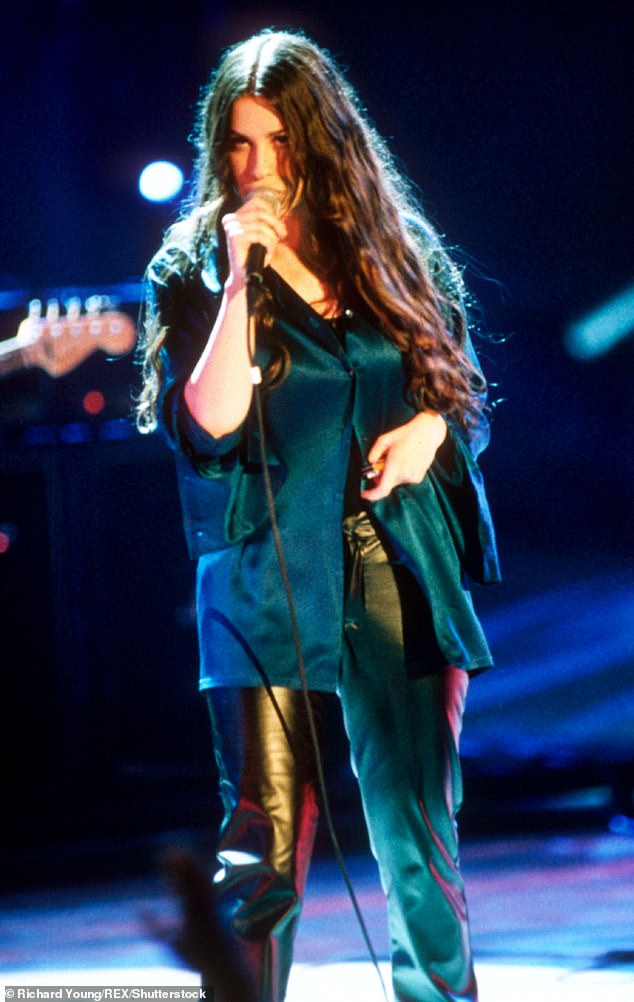 Sweet: The comedian says that when asked how she wanted him to respond to questions about the relationship, the Ironic singer replied, “You can say whatever you want.” So she was really sweet about it.

Since their relationship, both Alanis and Dave have found success in business and in relationships. The Robot Chicken voice actor has been married to his wife Melissa since 2014. He has a son, Luc, 31, from his first marriage to model Jayne Modean.

Alanis has been married to hip hop artist Mario “Souleye” Treadway since 2010. They are parents to three children, Ever Imre, 11, Onyx Solace, 5, and Winter Mercy Morrissette-Treadway, 3.

When asked if he was bothered by the rumors from the song, the Fuller House star responded with a philosophical, “It was what it was.” 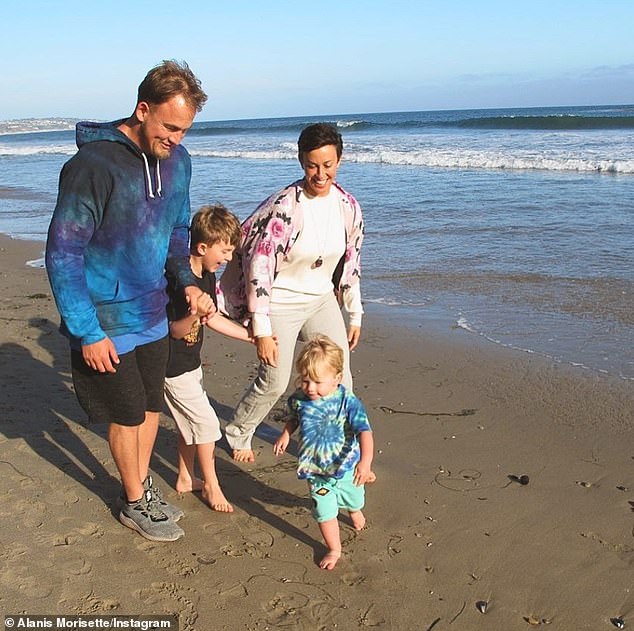 Happy ending: Both Dave and Alanis have moved on. Dave has been happily married since 2014. Alanis and husband Mario “Souleye” Treadway married in 2010 and have three children