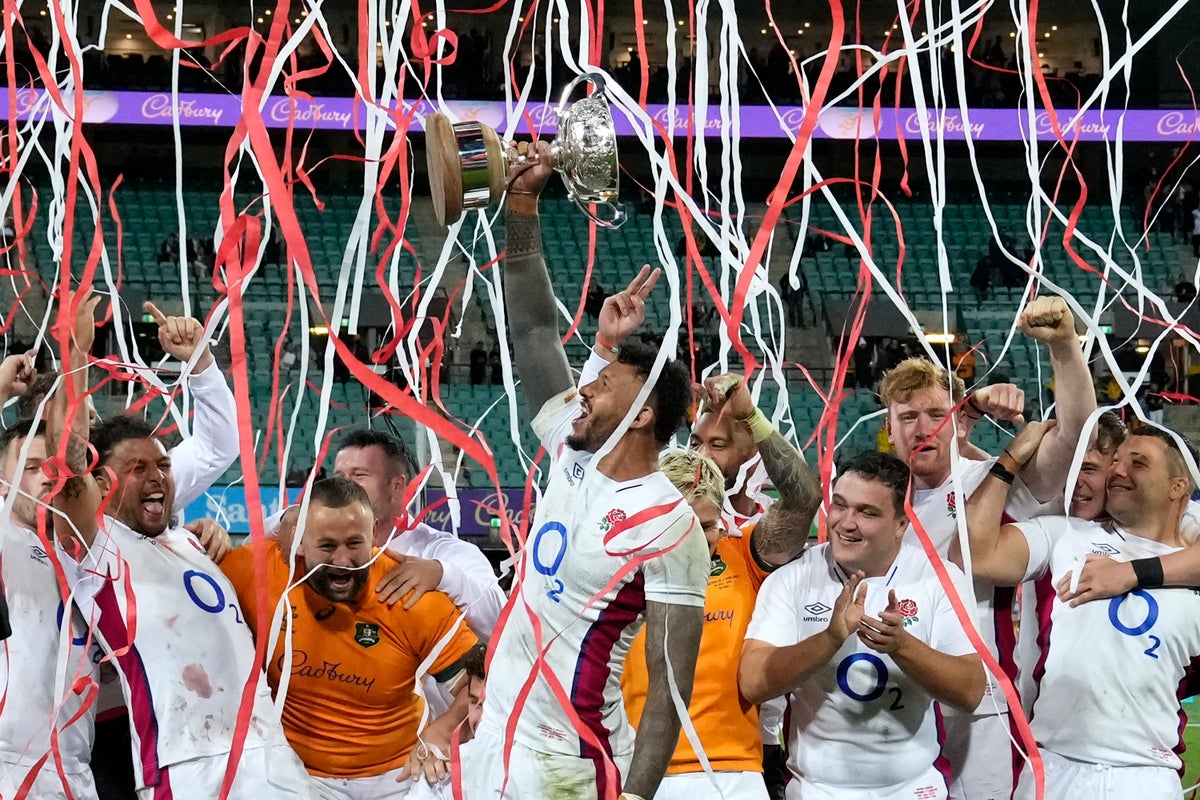 Courtney Lawes welcomed the fighting spirit that made possible England to withstand another Australia setback and secure a series-defining 21-17 win in Sydney.

Borrowing from the second Test, England built up a 21-10 lead through tries Freddie Steward and Markus Schmidt but then had to show determination to weather an onslaught by the Wallabies in the final quarter.

Lawes and Luke Cowan-Dickie teamed up to create the crucial turnover that relieved the pressure Eddie Jones scored a second consecutive win over the team he coached from 2001 to 2005.

“It was difficult. I’ve talked throughout the tour about wanting that feeling as a team of playing for each other,” said England captain Lawes.

“When you find yourself in scenarios like this, that’s the only thing that gets you through it. Your body is broken, you’ve played 11 months, you’re at the end of a tough tour and you’re under the hood.

“What are you going to do? You’re going to dig in for your buddies. I think we showed what it means to us.”

Lawes revealed England were motivated by Australia’s repeated claims that they had been shot off the ball as part of the tourists’ baiting tactic.

“To be fair they give us a fair amount of fuel in the press. You talked about us. That gave us a little motivation,” Lawes said.

“Some people were targeting Gengey and some people were calling us Poms and stuff. It’s all good fuel for our tank and every good team uses that as motivation.”

Jones confirmed Danny Care’s withdrawal in the 37th minute was tactical in nature after the experienced scrum-half, who was replaced by the cleaner Jack van Poortvliet, was riddled with errors.

Six years ago Jones delivered a 3-0 win over Australia and he admitted winning that series was just as satisfying.

“We are maintaining this team at the moment. We have a good group of older players and we let all these guys get through so it was a very different experience.

“We weren’t as well prepared as we needed for the first test because we didn’t have enough time in the practice paddock, which we don’t control.

“But as the tour progressed we became more cohesive, more together, understood how we needed to play. It was also a great tour for the boys.”

Australia had no problem creating chances, but they capitalized again when another Test slipped through their fingers.

“I’m disappointed because we gave away some weaknesses like Marcus Smith’s attempt. We have to look at ourselves because we had a lot of chances,” said head coach Dave Rennie.

“You have to be clinical and take your chances. I think we are better than the result and better than last week’s result.”