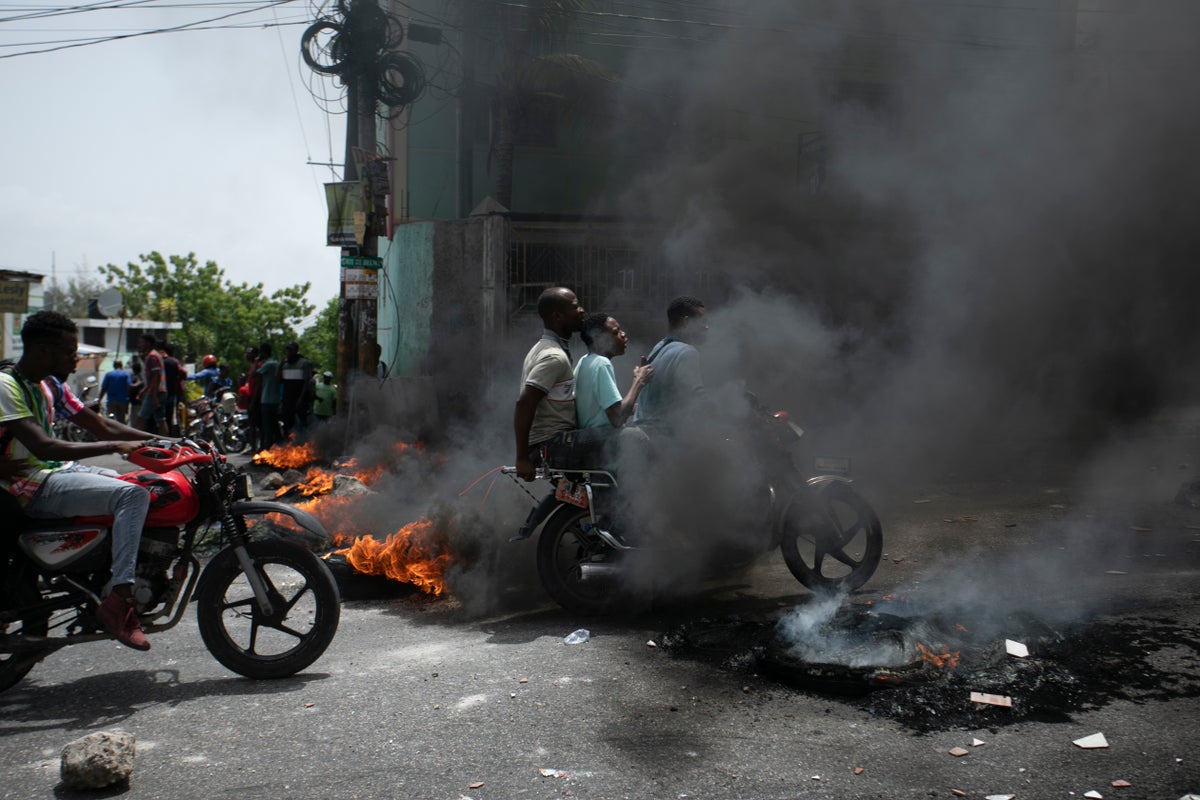 China urged the UN Security Council on Thursday to try to cut off supplies of small arms, light weapons and ammunition to gangs Haitiwhich could not stem an increase in criminal violence and kidnappings.

Beijing also called on the council to call for an immediate end to gang violence, criminal activity, roadblocks and public facility occupations.

She also wants the Council to express its willingness to impose additional sanctions, including travel bans and asset freezes, on anyone who supports gang violence or criminal activity, violates human rights, or undermines Haiti’s peace, stability and security.

As the mandate for the UN political mission in Haiti ended on Friday, the 15 Council members attempted to reach agreement on a new resolution to extend the mission. The resolution was originally drafted by the United States and Mexicoand China proposed revisions supported by its ally Russia.

The revised draft, presented to The Associated Press on Thursday, includes another important proposal by China.

She asked UN Secretary-General Antonio Guterres to consult the Haitian authorities, relevant regional countries and regional organizations “on the deployment of a multinational police force” to Haiti. It would work in close coordination with the UN political mission “to support the efforts of the Haitian police force to combat gang violence, to establish and maintain public safety, law and order, and to promote and protect human rights.”

The original draft called for a reinforced UN mission of up to 42 police and correctional advisers, led by a UN police commissioner and staff, to ensure sexual and gender-based violence is addressed.

When the current resolution extending the UN mission was passed in October, Haiti was grappling with the assassination of President Jovenel Moïse last July, a 7.2 magnitude earthquake that killed over 2,200 in August, and escalating gang killings , kidnappings and turf wars .

A year after Moïse’s killing, gang violence is even worse and Haiti has slipped into free fall, with the economy collapsing and many Haitians fleeing the country to escape the turmoil. At the same time, attempts to form a coalition government have failed and efforts to hold general elections have stalled.

This week, officials in Haiti’s capital reported that dozens of people had died as a result of days of fighting between rival gangs in the violent Cite Soleil neighborhood. MSF said thousands of people were trapped in the district without water, food and medical supplies.

A spokesman for China’s UN mission said an arms embargo on criminal gangs was “the least” the council should do in response to the appalling situation in Haiti.

“Anything that falls short will not only disappoint the Haitian people but also mean a missed opportunity for the Security Council,” said the spokesman, who spoke on condition of anonymity.

Other council members said an arms embargo was unenforceable.

China’s revised draft resolution calls on “all Haitian stakeholders,” including the UN mission and regional organization CARICOM, to reach an agreement within six months on Haitian-led policies that are “inclusive, peaceful, free, fair and… transparent” will hold parliamentary and presidential elections as soon as security conditions and logistical preparations permit.”

Russia backed China’s call for a revision of the US-Mexico draft resolution. A spokesman for Russia’s UN mission said: “Given the situation in Haiti, we believe we must have the ability to change the mission’s mandate.”

The United Nations has been involved in Haiti with interruptions since 1990, the last UN peacekeeping mission was in the country from 2004 to October 2017. The political mission there is now advising the Haiti government on “promoting and strengthening political stability and good governance”. including the implementation of the rule of law, inclusive national dialogue and the protection and respect of human rights.