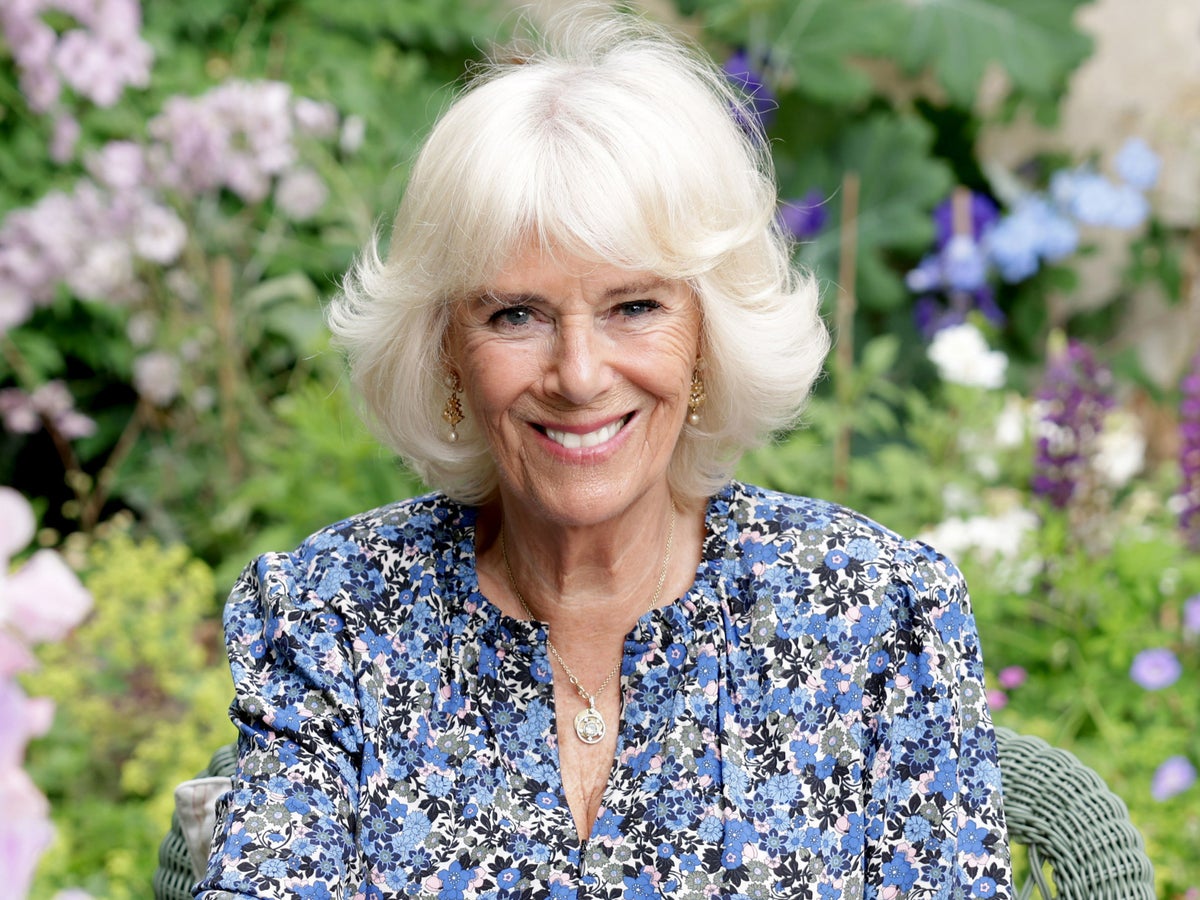 An official picture has been released to mark the Duchess of Cornwall’s 75th birthday.

Camilla looks relaxed and smiles in the picture released for her milestone anniversary, which she celebrates on Sunday, which follows a busy week for the royal.

In the picture, the future Queen Consort is seated at a garden table with flowers and plants in the background and a teacup and saucer in front of her and a bowl of peaches.

The Duchess has guest edited the latest issue of Country Life The magazine and her son, food writer Tom Parker Bowles, have written a paean to the fruit, the key ingredient in one of his mother’s favorite desserts, Melba peach.

Mr. Parker Bowles writes: “My mother is a keen grower of white peaches (this month’s column topic was very much her idea) and they certainly don’t want any attention.”

The picture was taken last month in the gardens at Raymill, Camilla’s retreat in Lacock. Wiltshirewhere the photographed peaches were grown.

She bought the six-bedroom property 17 miles from the prince of the Highgrove house in Wales, following her divorce from Andrew Parker Bowles in the mid-1990s.

The Duchess wears a blue floral dress by Sophie Dundas in the photo taken by Getty Images.

Her 75th birthday will be celebrated with a small family dinner on Sunday, Clarence House said.

It is possible Karl will host the evening get-together and guests will likely dine at Highgrove.

Camilla’s daughter Laura Lopes and her son are expected to be joined by their younger sister Annabel Elliot, who was in an ITV documentary when Camilla took over as director of the magazine.

The programme, shown this week, revealed that Camilla had buried a young Annabel’s beloved teddy bear, known as Tiddy Bar, in the grounds of her grandparents’ home and only confessed years later.

In an interview with the Daily Mail, the Duchess revealed she’s embraced the social media world of TikTok thanks to her grandchildren – while Charles reads to the youngsters and puts on all the voices.

Camilla laments that family dinners are a thing of the past and everyone is now on “their devices.”

Speaking to the newspaper, the Duchess said: “Familys sit no longer, do them, and have dinner.

“Because I’m old, we used to all sit down (to eat). Now everyone is on their devices. It just makes me really mad.”