Through Eleanor Dye for Mailonline

Britain’s next prime minister must quash a ‘toxic’ culture in Westminster after allegations a cabinet minister sexually assaulted a young parliamentary aide, campaigners have demanded.

Two women who worked in the Conservative Party have accused a minister and senior number 10 Advocate for sexual misconduct.

A former parliamentary assistant tells the story Sky news‘ podcast The Open Secret, she was targeted by a Tory MP who has since been promoted to Cabinet. A second member of Parliament’s staff said she was groped by a senior staff member in Number 10 before his appointment, she reported The times.

The allegations mark a new “Pestminster” scandal – which first broke out in 2017 over a series of allegations that politicians were implicated in cases of sexual harassment and bullying against junior staff.

A new prime minister – either Liz Truss or Rishi Sunak – is due to be appointed on Monday after Tory members cast their ballots. 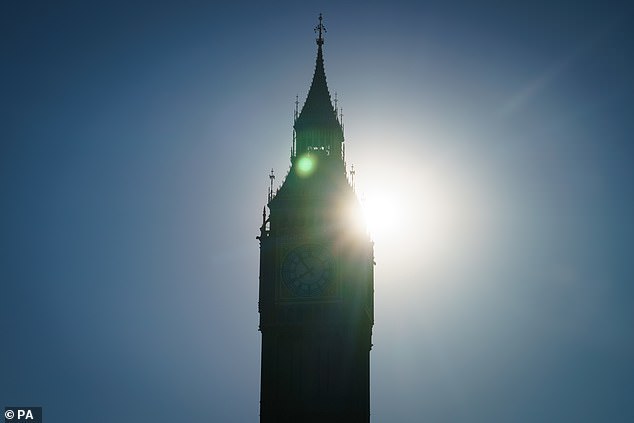 Mike Clancy, general secretary of the Prospect union, which represents parliamentary workers, said he hoped the new prime minister would address the allegations.

He said: “Sophisticated employers have processes and procedures in place to ensure the rights of victims and those who are the subject of complaints are properly addressed.

“Now we have a new Prime Minister from Monday and this is an opportunity to reset the culture and show leadership that hasn’t been there in the past.

“And I hope that the new PM will be able to clean that up and deal with a toxic culture.”

The former parliamentary aide said: “I was sexually assaulted by someone who is now a cabinet minister and I was in my early 20s and didn’t really know how to deal with it.

“I was totally drunk. He feeds me more wine and I’m obviously full already. After a while I was like, ‘You know what? Would you mind if I just go to bed?’ So I went to bed.

“But obviously he didn’t leave me alone. And then I woke up the next morning and realized what had happened.”

The woman was working at Number 10 when the incident happened. She complained when he was given the role but he remains in position.

She said: “I heard he was going to get a job at Downing Street. I’ve raised it with a number of people.

‘Nothing has happened. So I formally complained to the Cabinet Office. I just felt compelled to do it again, in part because the office he’ll be working in is full of women. And I just thought he would do it again.’

Sexual harassment is not “cultural” in Westminster but if a complaint is made it should be properly investigated, a Conservative MP has said.

Kevin Hollinrake was questioned by Sky News’ Kay Burley about Sky News’ reported sexual misconduct allegations against a Cabinet minister and a senior adviser No 10 in Boris Johnson’s government.

The MP for Thirsk and Malton said: “There should be a full investigation if a complaint is made. Absolutely.

“I don’t think it’s cultural. But in a cohort of 650 people you will clearly see bad behavior and where it is present and a complaint is made it should be thoroughly investigated and those people held accountable.’

He added: “I don’t think it’s cultural in Westminster. But still, a complaint like this is one complaint too many. If a complaint is made, it should be properly investigated.’

A government spokesman said: “We take allegations of misconduct very seriously and there are robust procedures in place for raising concerns. All ministerial appointments also follow established processes.

“All prospective government employees are subject to the necessary screening and screening. We do not comment on individuals.”