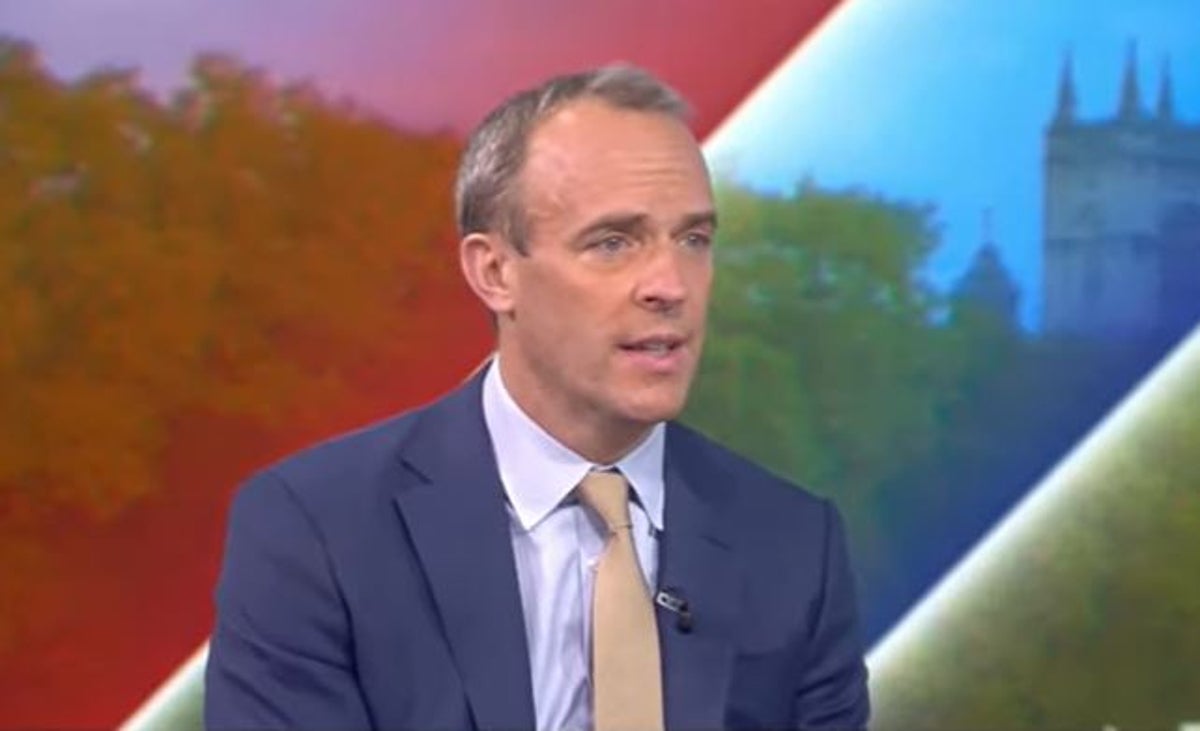 Brits should ‘enjoy the sun’ during the day. heat wave, Dominik Raab has said the extreme temperatures could cause thousands of deaths, despite warnings.

The deputy prime minister said people should be “resilient” as temperatures are expected to soar to 40C on Monday and Tuesday.

“Obviously there’s some practical common sense advice that we talk about – stay hydrated, stay out of the sun in the hottest of times, wear sunscreen – things like that,” he told Sky News. Sophie Ridge on Sunday Program.

“We should be enjoying the sun and actually we should be resilient enough to withstand some of the stresses it will put on.”

The Met Office issued its first extreme heat red alert in Britain on Monday and Tuesday, with forecasters saying temperatures are likely to surpass 40C.

The chief executive of the College of Paramedics warned on Sunday that the “savage heat” could result in deaths.

Tracy Nicholls told Ms Ridge: “This is not like a nice hot day where we can put on some sunscreen and go out and swim outside and eat.

“This is serious heat that could eventually result in people dying because it is so cruel. We are simply not prepared for this heat in this country.”

Some experts have estimated the heatwave could cause up to 2,000 additional deaths.

The government and transport companies have advised people to work from home if possible as the heat is expected to cause significant disruption to trains.

Asked whether people should consider staying at home, Mr Raab said: “It’s for employers to look into and for people to decide.