Britain’s reservoirs have disappeared with vital water reserves on the brink of drying up after weeks of little rainfall and sweltering temperatures.

It comes as a hosepipe ban has been threatened as the heatwave continues to turn parks, beauty spots and fields into dust pots.

River levels are also at 30 per cent of normal levels, with farmers having to use a third more water and Brits being urged to take shorter showers after the lowest rainfall in parts of the UK in more than a quarter century.

And reservoirs across the UK are also suffering, with images showing dry patches after the hot weather spell.

Wayoh Reservoir in Entwistle, Bolton is one of many currently below capacity due to a lack of rainfall in recent weeks.

The site is typically filled with 500 million gallons of water and provides around 50 percent of Bolton’s drinking water.

But levels have come down so much that pictures today show it’s bone dry in parts. 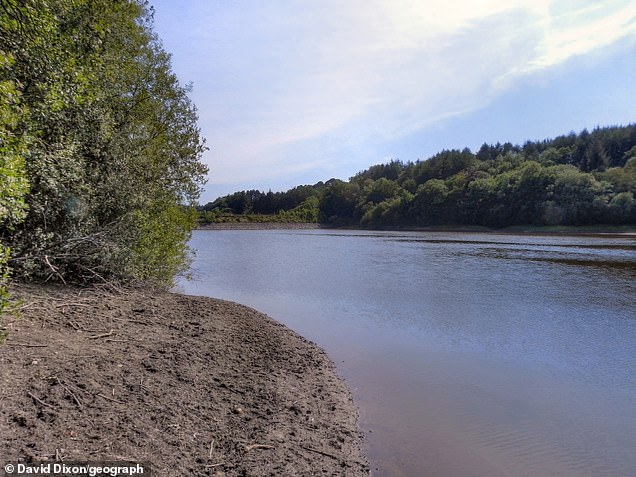 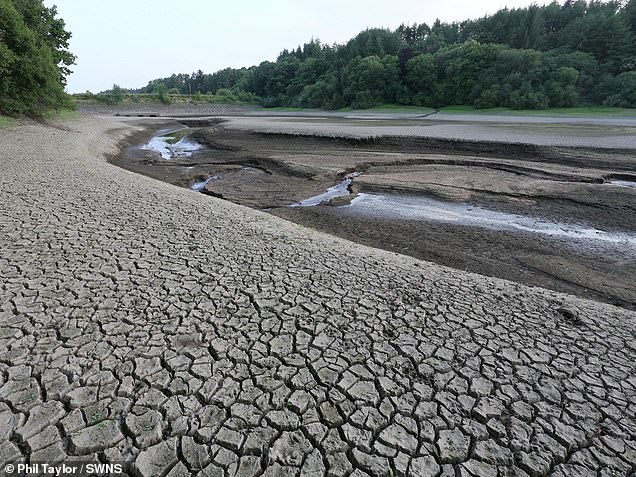 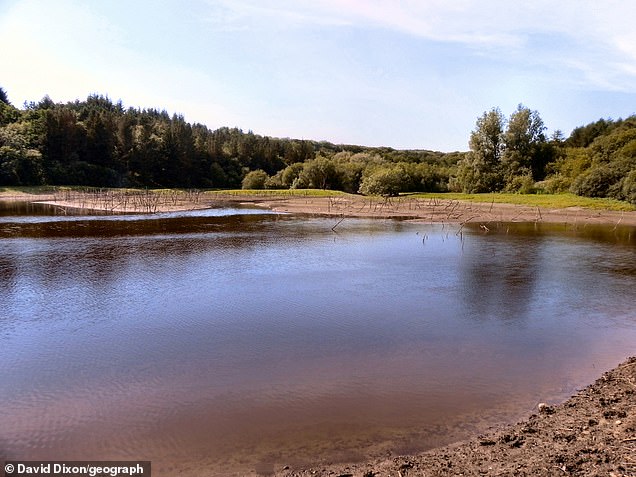 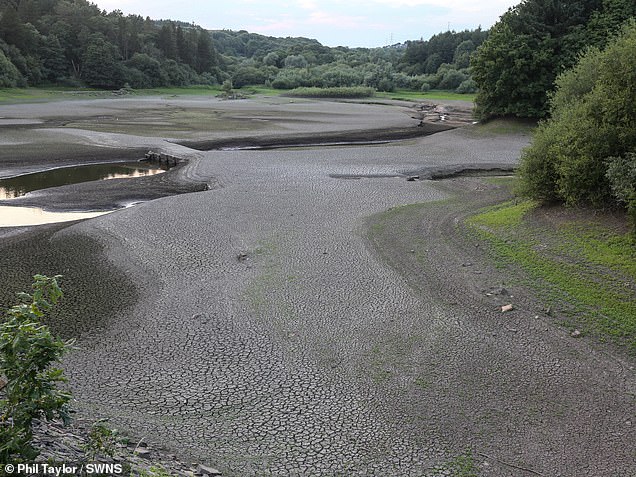 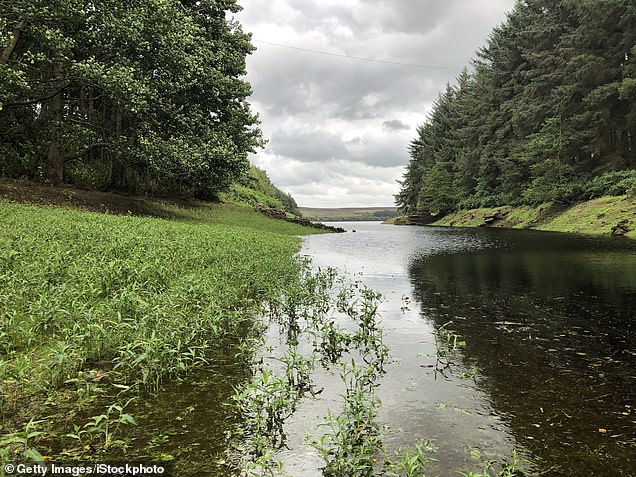 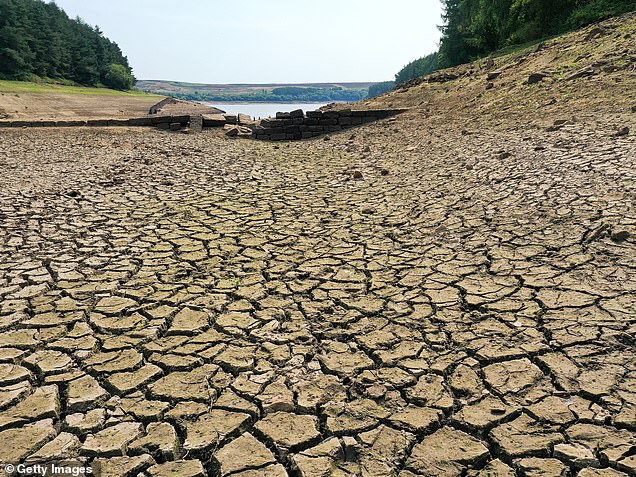 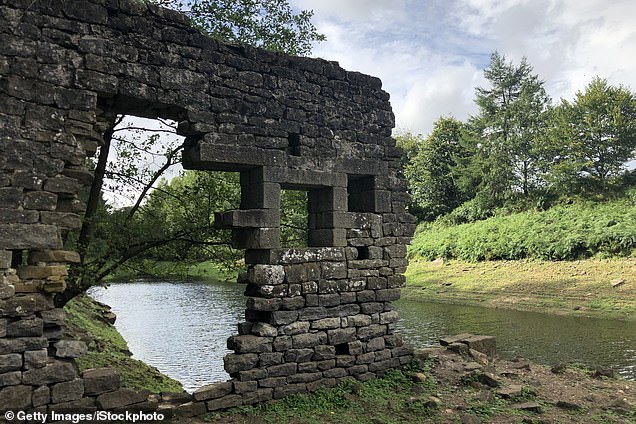 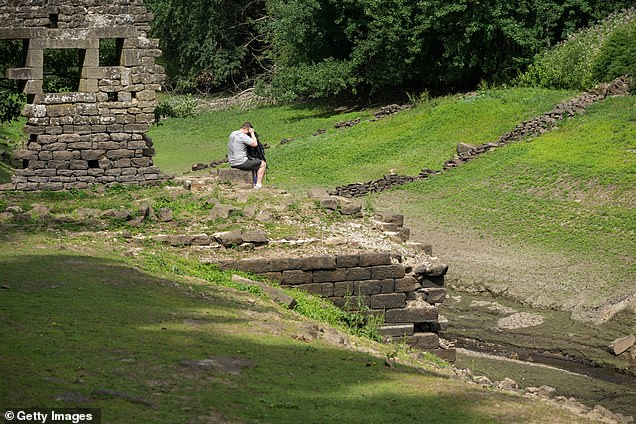 Another image of the Thruscross reservoir showing where the water was filled in August 2020 (left) compared to where it is today (right).

It’s a similar story near the village of West End near Harrogate, Yorkshire, where the Thruscross reservoir is partially depleted.

Pictures from today show a dry reservoir bed with visitors walking across the site.

Yorkshire Water, the regional utility, warned residents to use water wisely during the heatwave, adding that the area has experienced below-average rainfall since last autumn.

Before and after images at Woodhead Reservoir in West Yorkshire also show stark contrast, from vast green fields with a large body of water to dried brown grass and a dry bed. 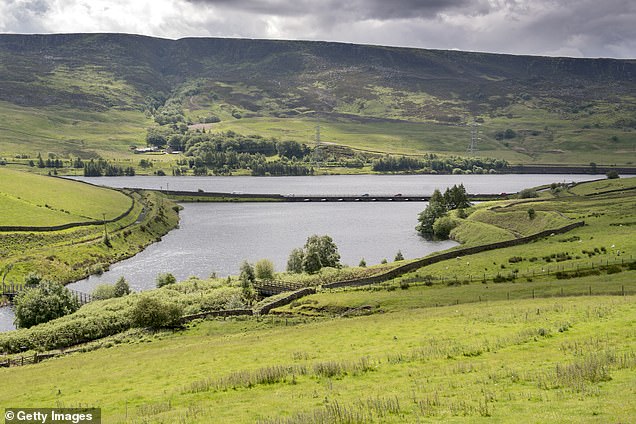 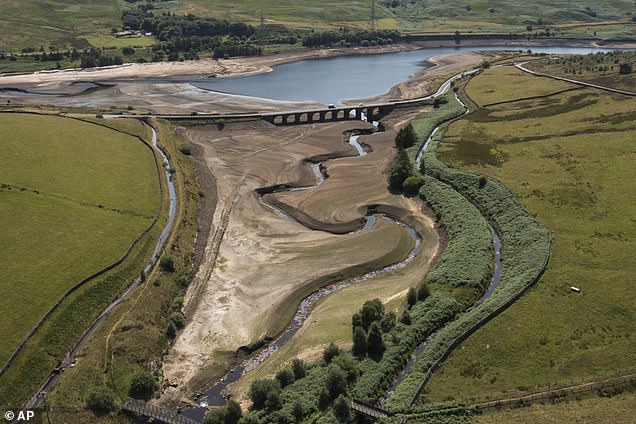 A view of Woodhead Bridge on the A628 with Woodhead Reservoir filled with water in June 2019 (left), with a very different location pictured amid the heatwave today (right) 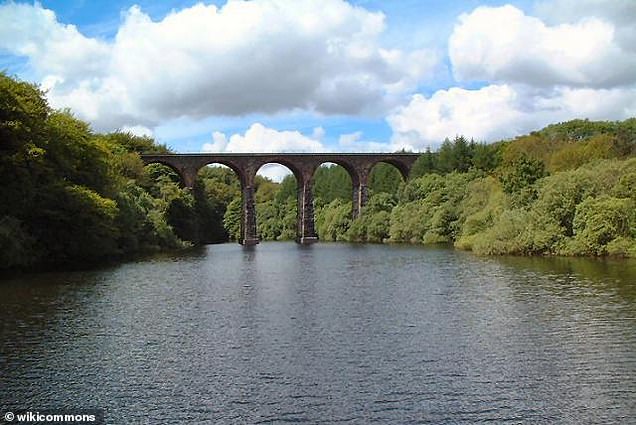 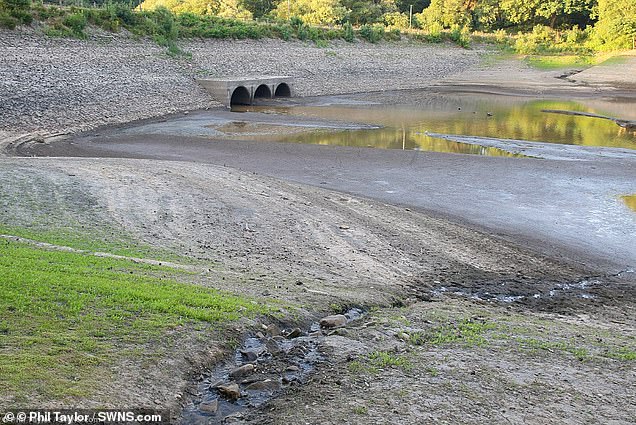 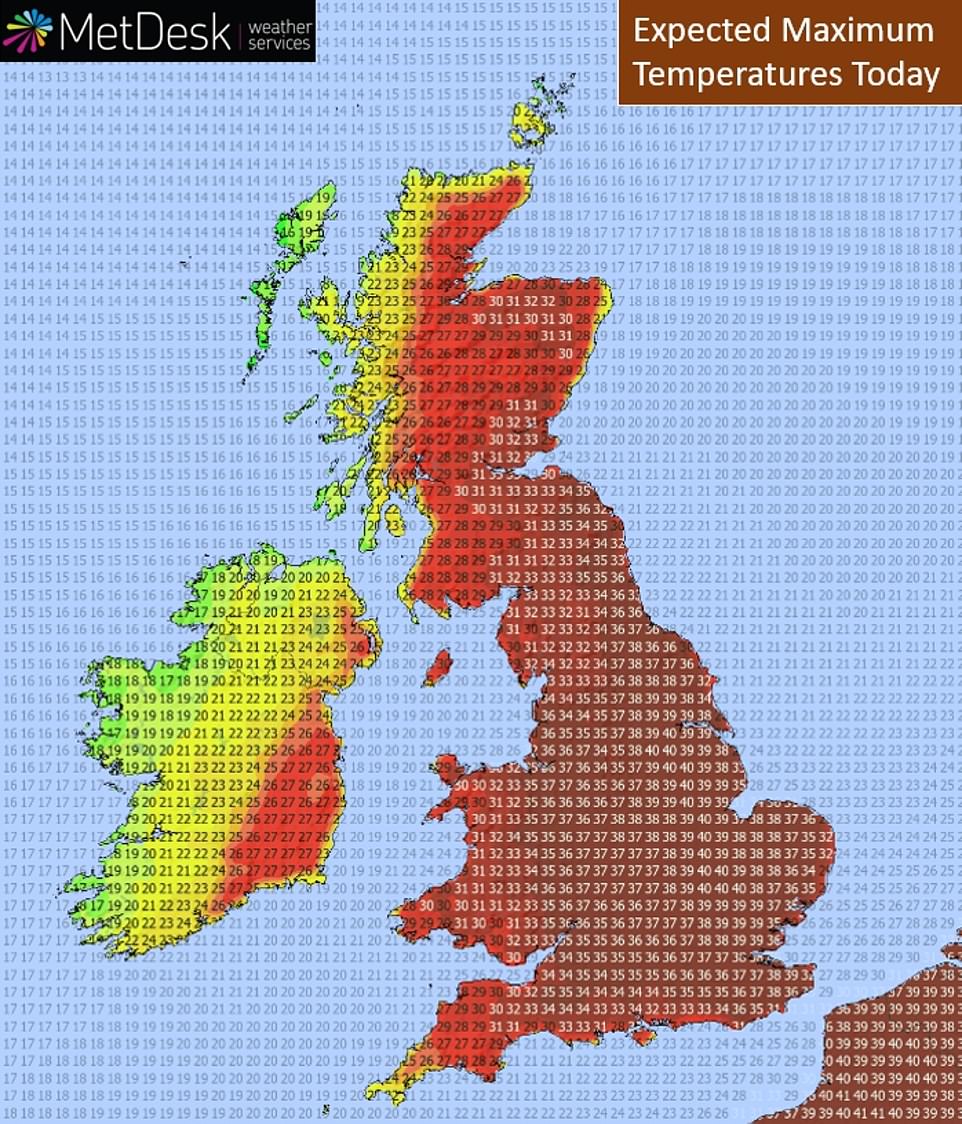 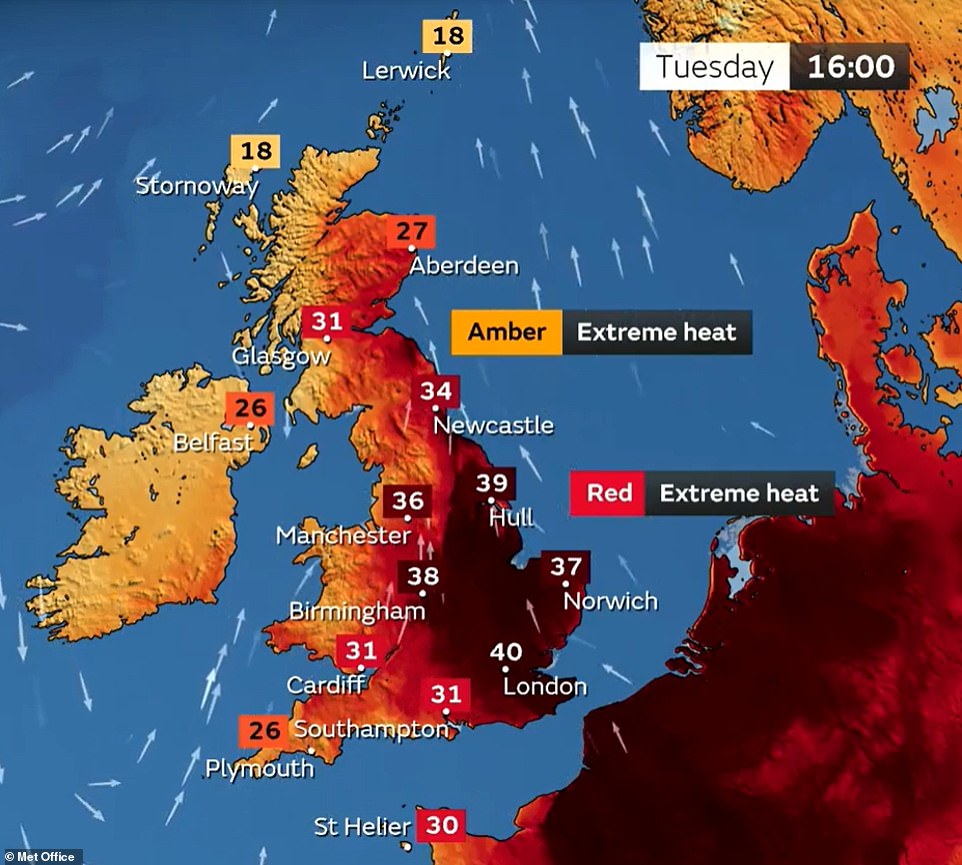 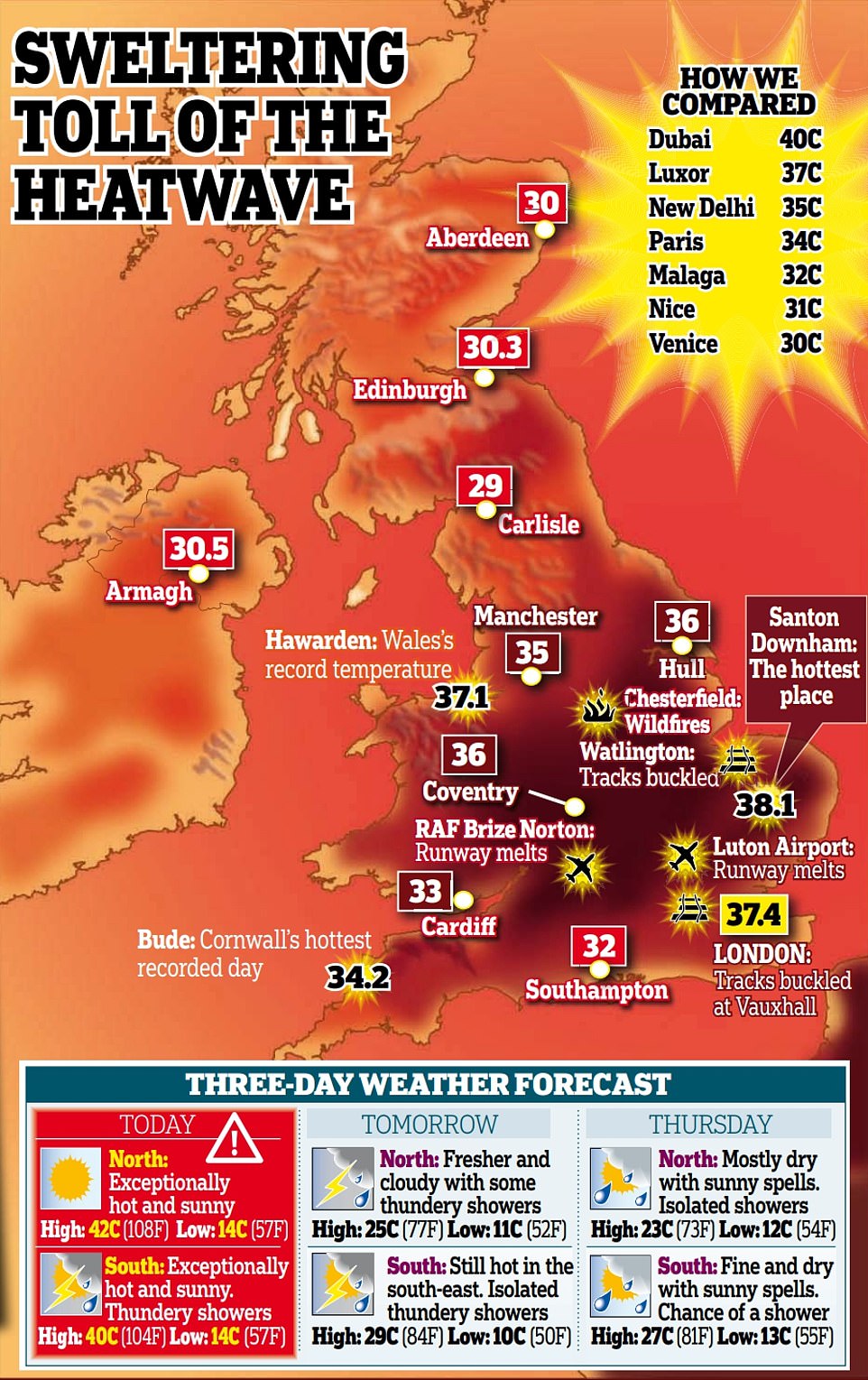 Forecasters said an absolute maximum of 43C (109F) is possible later – and the highs in England today equate to the warmest places in all of Europe. The UK is also hotter than Jamaica, the Maldives and Barbados.

London Fire Brigade today declared a “major incident” in response to a huge increase in fires in the capital as they came under “immense pressure” with 15 fire engines and 100 firefighters alone dealing with the Wennington blaze.