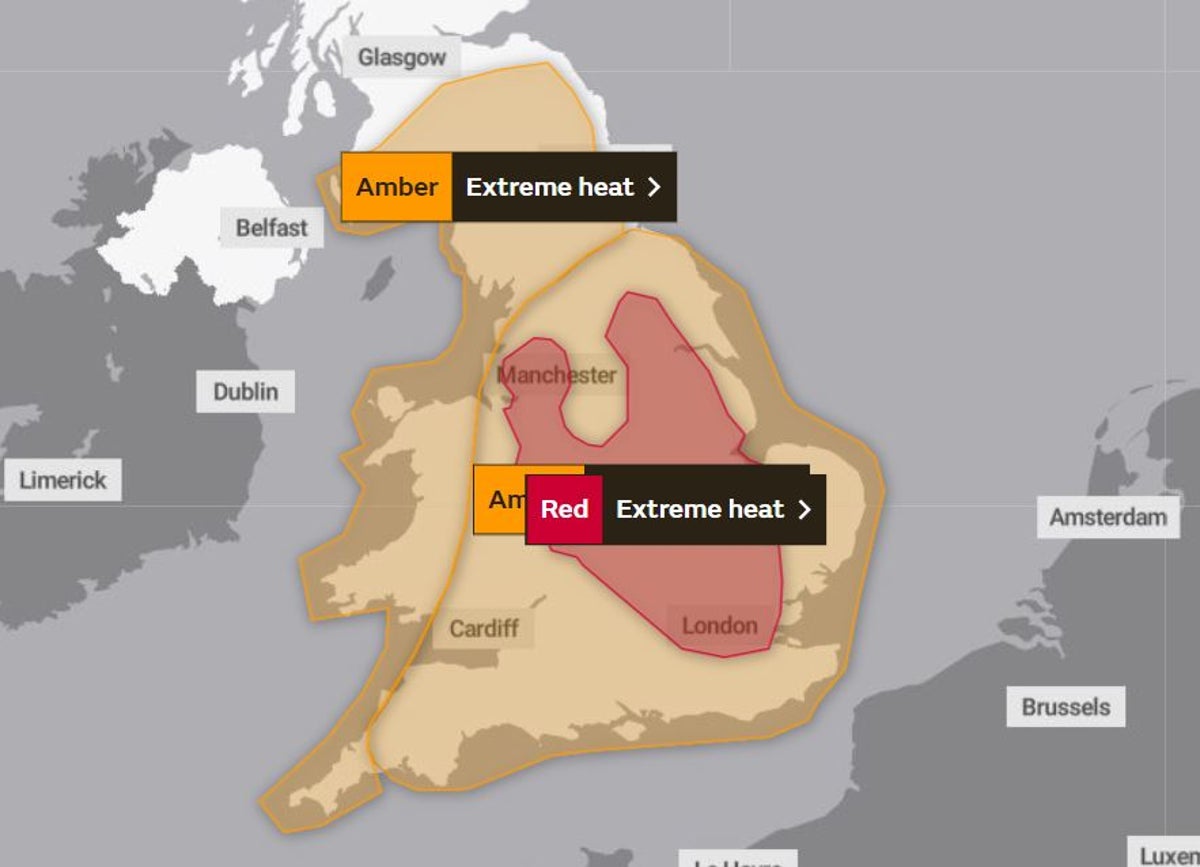 The Met Office has issued its first extreme heat weather warning, covering much of England, warning of an “extraordinary spell of heat on Monday and Tuesday resulting in widespread impacts on people and infrastructure”.

It warned that the extreme heat could lead to a “potentially very serious situation”.

Met Office spokesman Grahame Madge said: “We have just issued a red extreme heat warning for Monday and Tuesday, which is the first such warning ever issued.

“The warning covers an area from London to Manchester and then to the Vale of York.

“This is potentially a very serious situation.”

Elsewhere, train passengers are being warned of major disruption from extreme heat on railway lines, as ministers said the NHS was braced for a “surge” in demand.

The Met Office is predicting “extraordinary, perhaps record-breaking, temperatures” on Monday, then again on Tuesday.

“Nights are also likely to be exceptionally warm, particularly in urban areas. This is likely to result in widespread human and infrastructure impacts.

“Temperatures are expected to drop from Wednesday.”

The red warning category states that Britons should expect:

Some schools in England have already announced that they will close on Monday.