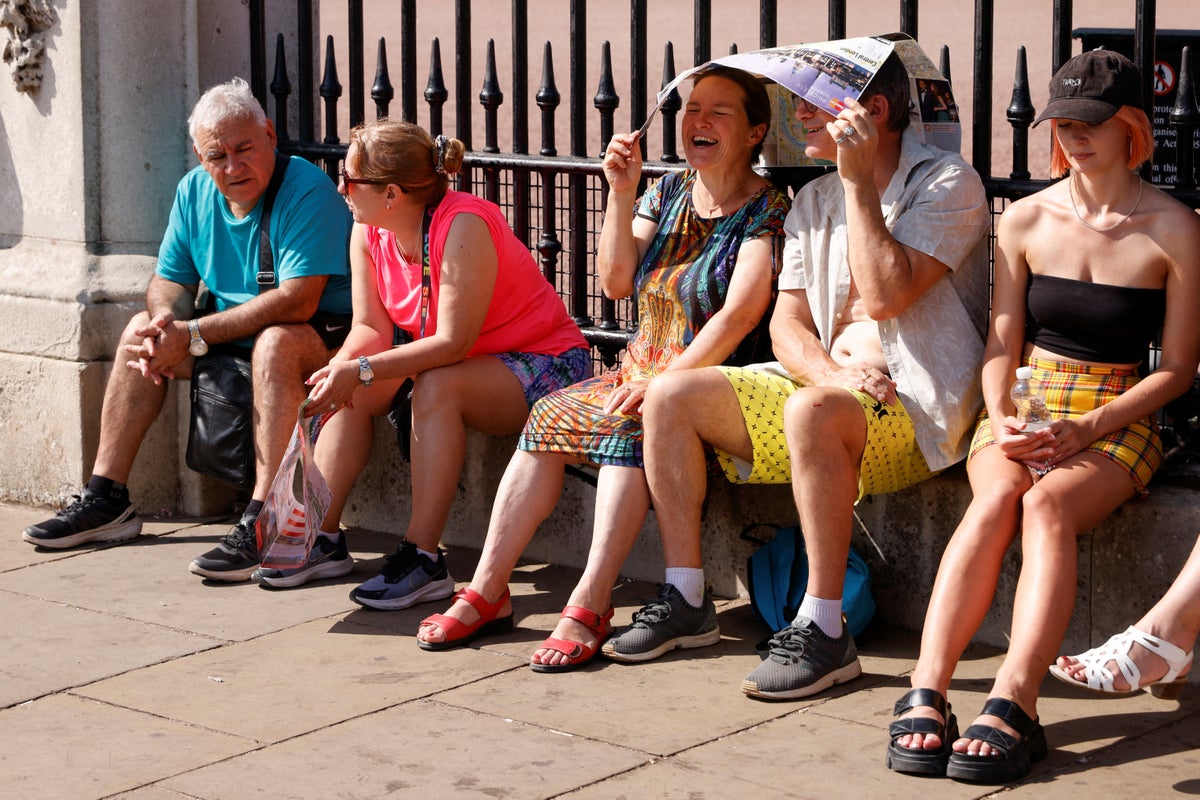 Labor have impeached Boris Johnson of being “clocked out” after confirming he will miss an emergency government meeting cobra Committee today to discuss the current heat wave.

Instead, the Prime Minister paid a visit to the Farnborough Air Show in Hampshire – just days after finding time to fly with the RAF in a Typhoon jet. Later in the day, Mr Johnson was due to defend his term from the dispatch box while the Commons debate a confidence motion in government.

Downing Street said tonight’s Cobra would be chaired by the Chancellor of the Duchy of Lancaster, Kit Malthouse, and insisted the Prime Minister would be kept constantly updated on the situation.

The PM’s official spokesman also confirmed that Mr Johnson will attend his final PM’s Questions session in the House of Commons on Wednesday.

Speculation ensued that he might be dodging the clash with Labor leader Sir Keir Starmer to travel to a memorial service for assassinated Japanese ex-PM Shinzo Abe.

Mr Johnson’s spokesman insisted it was “not uncommon” for cabinet ministers, instead of the prime minister, to chair meetings of Cobra, which bring together top politicians, officials and outside experts to respond to emergencies.

But Shadow Cabinet Minister Lisa Nandy said the PM had “clearly ticked off”, adding: “And so have many of his ministers in his government.”

The Shadow Leveling Up secretary told Sky News: “We think the government should do a number of things: First they have to show up for work.”

Ms Nandy called on a dedicated Cabinet Office minister to coordinate an emergency response to soaring temperatures – expected to exceed 40C in the coming days – and urged Whitehall to work with local areas to ensure resilience plans are in place to the current ” patchwork approach.

Starmer said: “I think for millions of people, especially in light of today’s heatwave, they will say, ‘I want a government that is focused on its day-to-day work, moving forward with resilience today and tomorrow, no matter how long this heatwave lasts , and focused on the cost of living crisis.

Mr Johnson’s official spokesman confirmed that Mr Malthouse will chair the 2.30pm Cobra meeting in Whitehall. A Cabinet Office minister is also set to respond in the House of Commons to an urgent statement from Green MP Caroline Lucas on the government’s response to soaring temperatures.

The spokesman said: “Kit Malthouse has stressed that he is taking the lead in the Government’s response to the heatwave. He keeps the Prime Minister fully informed, including over the weekend when the Prime Minister also spoke to a number of Foreign Ministers about their work.

“It’s not uncommon in cabinet government for cabinet ministers to run things like this.”

But Ms Lucas said: “The Government is showing up with a watering can in this extreme heat national emergency when we need a giant fire hose.

“We see a complete lack of leadership. The Prime Minister is refusing to chair today’s Cobra meeting, instead filling his time with lavish parties at Checkers and youthful photo-ops on an RAF fighter plane.

“Tory ministers and MPs brand Brits ‘cowards’ and ‘snowflakes’ for taking precautionary measures during the country’s first national heat emergency. And as a result, the government’s complete lack of preparedness for this crisis was exposed. Where are the guidelines for schools? For the NHS? For employer?”

The Prime Minister notoriously missed a number of Cobra gatherings at the start of the Covid-19 pandemic in 2020 and stayed at the Chevening Grace and Favor residence to finalize the details of his divorce and work on a book on Shakespeare.

Asked what justification there was for the Prime Minister’s Typhoon flight from RAF Coningsby in Lincolnshire last week, the spokesman said: “The Typhoon’s rapid alert response role is an essential part of the security of both the UK and NATO, and the Prime Minister has a specific role in directing the RAF’s action in worst-case scenarios. So it’s important that he’s aware of some of those skills that they have.”

When asked if he needed first-hand experience to understand this, the spokesman said: “It is important that he has a detailed understanding of the RAF’s working opportunities.”

Mr Johnson today compared taking over the fighter jet to his experience as Prime Minister over the past three years, telling business leaders at Farnborough: “I pulled the joystick straight back and we did a loop… After three happy years in the cockpit, some pretty accomplishing difficult, if not amazing, feats, I’m about to seamlessly hand over the helm to someone else.”

Downing Street said a “range of measures” are in place to deal with the effects of the heat.

The Prime Minister’s official spokesman said: “In the NHS, for example, we are increasing staff in the control room of ambulances and in the NHS 111.

“There are specialist teams from Network Rail and Transport for London monitoring the effects of higher temperatures so they can keep operations going.”

The Department for Transport is in contact with port operators, highway authorities and the police to “review their contingency plans”.