Boris Johnson today made a full-bodied defense of his time in power as he hailed his government for fighting “some of the toughest courts in modern political history”.

The outgoing prime minister who has seven weeks left Downing Sttook the opportunity to highlight the “very remarkable” achievements of his government over the past three years.

In a speech that could have been addressed more to them Tory MPs who ousted him instead of opposition benches in the House of Commons, Mr Johnson noted how his government was “undefeated in the elections”.

He lashed out at those who tried to resist Brexit Poll, praised his ministers for dealing with “wave after wave” of Covid infections and stressed British support for Ukraine.

The Prime Minister also insisted Labor leader Sir Keir Starmer and the “deep state” would fail in their “plan” to bring Britain back into the EU, while pledging that British support for Ukraine would come under a new regime Tory leaders would not let up.

But his words weren’t enough to convince a Tory MP.

Loyalist backbencher Michael Fabricant expressed his fears that the Conservative Party made the same mistake Labor made in ousting Mr Johnson “when they stabbed Tony Blair”. 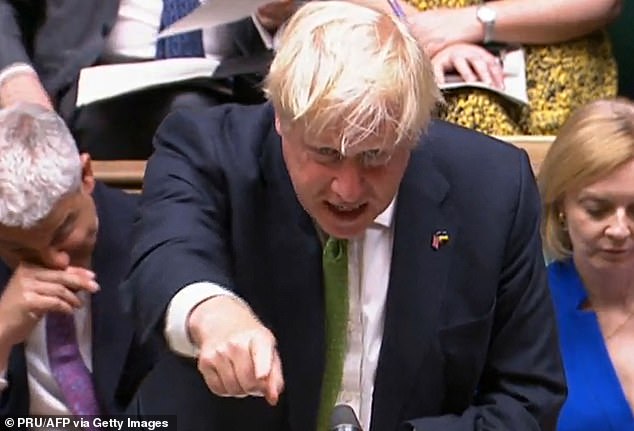 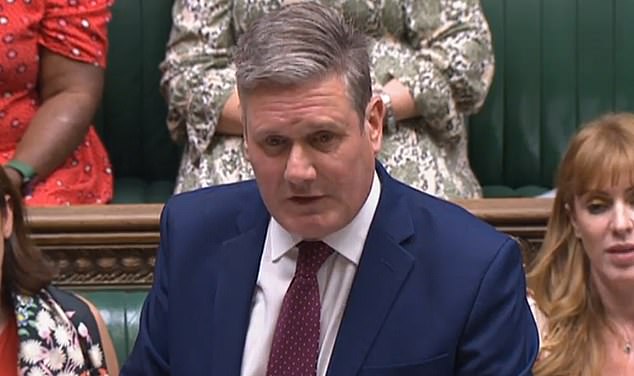 Sir Keir claimed the Prime Minister’s “delusions never end” as he expressed his relief that Torry MPs had “finally got around to sacking him”. 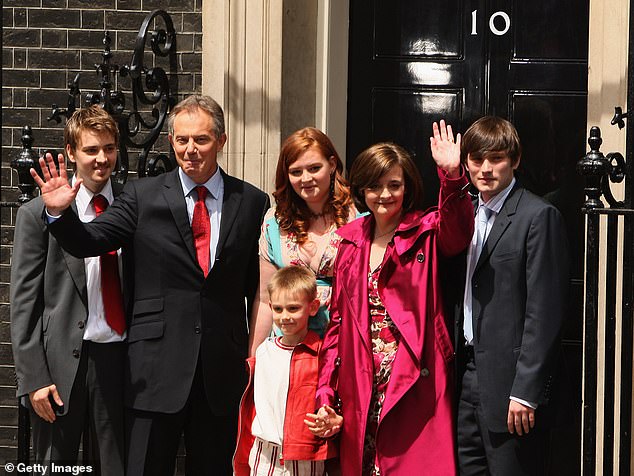 Tory backbencher Michael Fabricant expressed his fears the Conservative Party made the same mistake Labor made in ousting Mr Johnson “when they stabbed Tony Blair”.

The Prime Minister addressed the House of Commons at the start of a debate over a motion of confidence in his government, which a former Labor minister claimed was similar to Mr Johnson speaking “at his own funeral”.

Mr Johnson had presented the motion to MPs himself. A dispute ensued over Labor’s botched attempt to force a showdown in the House of Commons last week as to whether it still had a majority.

The Prime Minister vowed “to say more about the events of the last few weeks and months in due course” after being ousted from power over a series of scandals, including the Partygate row.

But this afternoon he focused instead mainly on his success in the 2019 general election and Brexit.

“We’ve gotten through Brexit and although the Rejoiners and the Revengers have had to plan and plan and bide their time – and I will have more to say about the events of the last few weeks and months in due course – we have delivered on each and every one of ours Promise,” he told the House of Commons.

Speaking on the Government’s response to the Covid crisis, Mr Johnson said: “A global pandemic, the origins of which we do not fully understand, but which had nothing to do with the British people – and, if anything, the result of remote misconduct with bats or pangolins – and their proliferation has been excruciatingly difficult to manage, and wave after wave this government has never given up.’

The Prime Minister hailed the “resilience of the British people” in protecting the NHS, with a Labor MP being heard shouting: “They were partying at Downing Street.”

Referring to the political scandals that led to his ousting from No 10, the Prime Minister admitted he “might be more popular on the streets of Kyiv at the moment than I am in Kensington”.

But he tried to reassure those who will bemoan his departure as prime minister that he is confident government policy on Brexit and Ukraine is unlikely to change once he is replaced.

“Some people will say if I leave office they will say ‘This is the end of Brexit,'” he told MPs.

“And the leader of the opposition (Sir Keir Starmer) and the deep state will prevail in their plot to bring us back into alignment with the EU as a prelude to our eventual return.

“We on this side of the house will prove them wrong.

“Some people will say that this is the end of our support for Ukraine. That’s exactly the analysis – Shampanskoye corks are said to be popping in the Kremlin.

“I have no doubt whoever takes over in a few weeks will ensure we hold together the global coalition in support of our Ukrainian friends.

“And some people will say that my departure – I believe it was the leader of the opposition himself who said so – means the ultimate victory for the Labor Party.

“I think this side of the house will prove him wrong.” 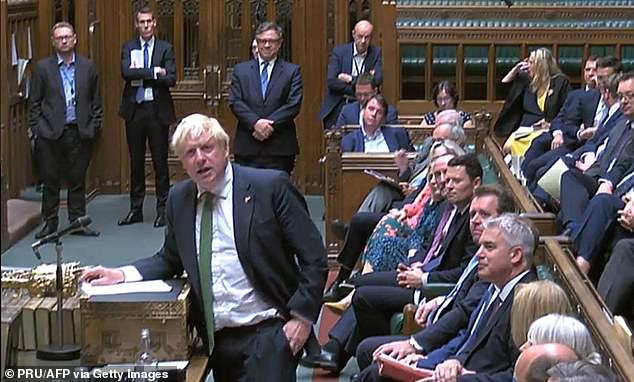 In a speech that should have been aimed at the Tory MPs who ousted him rather than the opposition benches, the Prime Minister noted that his government was “undefeated in the elections”.

The Prime Minister assured Tory MPs that after his “three dynamic and exciting years in the cockpit” the Conservative Party “will find a new leader and we will rally around him or her in loyalty”.

In response to Mr Johnson, Sir Keir claimed the Prime Minister’s “delusions never end” as he expressed relief that Torry MPs had “finally got around to sacking him”.

Ahead of the final round of voting on the ongoing Tory contest to replace Mr Johnson, the Labor leader added: “In many ways the chaos of the past fortnight is well known.

‘The latest ministerial posts, awarded with a wink and a shake in exchange for a nomination. And TV debates are so embarrassing that even the candidates drop out.

“Every two years they swap out a failed prime minister.”