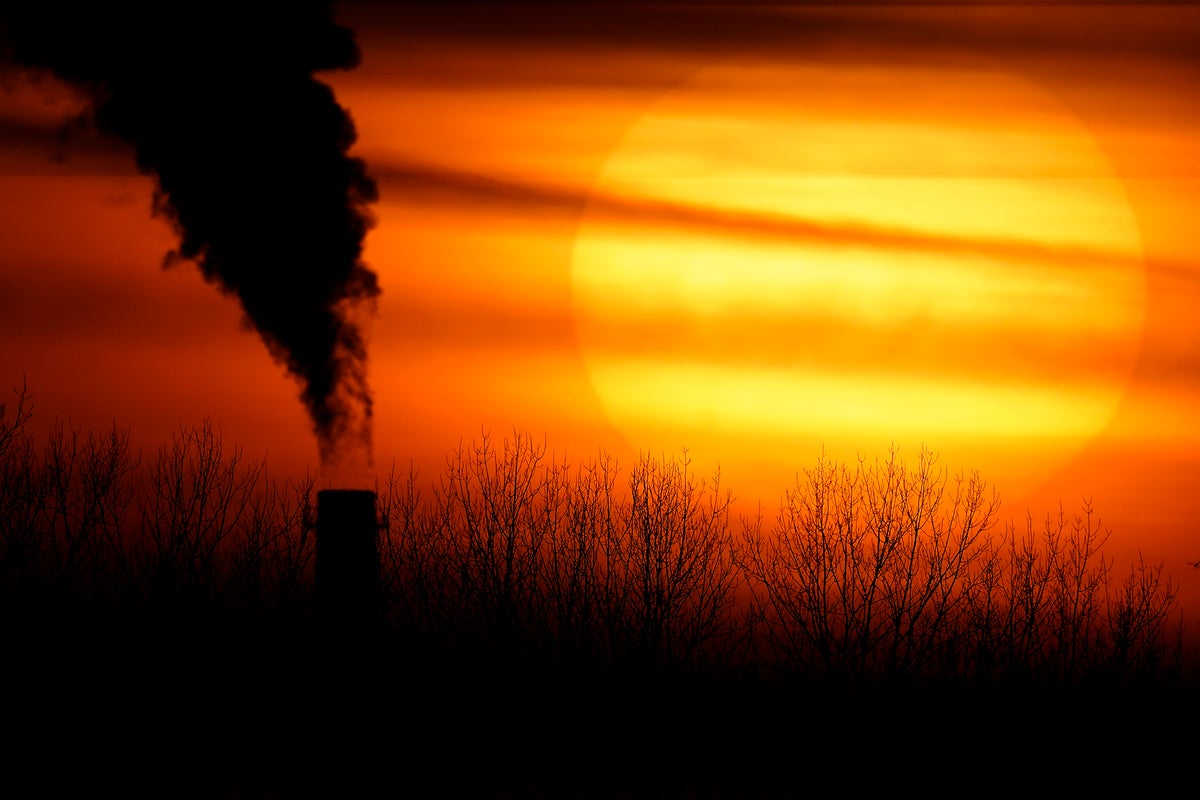 The United States is on track to reduce theirs carbon footprint by 24-35 percent by 2030 – significantly less than President Joe Biden‘s goal and promise of the country under the global Paris Agreement.

The US has pledged cuts greenhouse gases (THG) emissions halved from 2005 levels by the end of the decade.

The new independent review from the influential think tank rhodium groupshowed that while the outlook has improved since last year, emissions cuts are still far behind.

Additionally, the group noted that the change was largely due to slowing economic growth around the world and higher fossil fuel prices — not government policies to address the climate crisis.

“Even through 2035, greenhouse gas emissions remain stubbornly high at 26 to 41 percent below 2005 levels,” the analysts wrote.

The report also examined what was happening in different sectors. Findings included that while emissions from coal, oil and gas in the power sector are generally declining, gas and renewable energy prices have a major impact on the 2035 outcome. Improvements in fuel economy and increasing sales of electric vehicles will reduce emissions from traffic.

The analysis took into account the bipartisan infrastructure law passed in November 2021, as well as new federal emissions and fuel economy standards for light commercial vehicles and updates to state renewable energy policies.

Overall, however, US climate policy has stalled over the past year as Congress failed to pass a robust decision climate and social justice Package.

Without a single Republican to support meaningful legislation to address the climate crisis, senior Democrats were included in negotiations with partisan Senator Joe Manchin, who last year doomed President Joe Biden’s sweeping Build Back Better bill. The spending package should put the US firmly on the clean energy path and away from coal, oil and gas to cut US emissions. Senator Manchin’s vote is critical to passage of the bill in the 50-50 Senate.

The Independent has reached out to the White House for comment.

The annual Taking Stock report looks at the key drivers of US emissions – including technology costs and performance advances, changes in energy markets, political developments and expectations for the economy. The estimates do not take future, ambitious policies into account.

The analysis also takes into account short-term changes such as the war in Ukraine and the impact of high inflation in a world still recovering from the Covid pandemic.