A beauty therapist at a luxury spa, visited by Amanda Holden and Carol Vorderman who was sacked just 11 days after her boss congratulated her on her pregnancy has won a £14,000 payout.

After Agata Plewa shared with Suzanne Peck that she was expecting a baby, she received an email to “dearest Agata” in which the director of Homefield Grange said she was “thrilled” with the news.

But an employment tribunal heard she went on to say the celebrity retreat was on the verge of a downturn and that while Miss Plewa was a “brilliant therapist,” she could not guarantee her future employment.

In the same email, Ms Peck then asked Miss Plewa to decide what was best for her and her family, assuring her that they had “the best of intentions, as always”.

The therapist was then fired “without warning” less than two weeks after the announcement, with the Northamptonshire firm claiming they could not afford her.

The health and wellness retreat (pictured) in Kettering, Northamptonshire, is offering ‘cleanse and detox’ weekend stays costing over £700 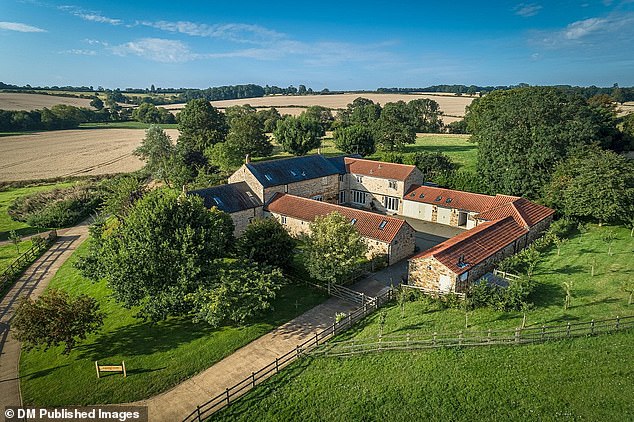 Miss Plewa’s role at the luxury spa (pictured) involved the use of a Hydrafacial device and a £30,000 DEKA Motus AX laser hair removal device. She has also been trained in other areas such as lymphatic massage, facial scrubs and aromatherapy

However, the arbitral tribunal found that they hired an additional beauty therapist when they fired Miss Plewa.

The mother won her discrimination claim as the panel ruled she had been dismissed because of her pregnancy and has now been awarded £14,257 in compensation.

The Norwich Tribunal heard that Miss Plewa began working as an Aesthetic Beauty Therapist at Homefield Grange Retreat in February 2017, where she was an “exceptionally good” employee.

The health and wellness retreat in Kettering, Northamptonshire offers weekend cleansing and detox stays from £700.

It has been visited by numerous famous faces, including Spice Girl Mel C, and former The Saturdays band member Rochelle Humes stayed for a two-day residential visit.

Miss Plewa’s role was to use a Hydrafacial device and a £30,000 DEKA Motus AX laser hair removal device.

She has also been trained in other areas such as lymphatic massage, facial scrubs and aromatherapy.

However, in early 2018 a number of staff were laid off as the spa had to close for a week due to a lack of business.

Later that year Ms Peck sold the laser hair removal device and after July no more bookings were taken for Hydrafacials.

The hearing was told that Miss Plewa’s position was in jeopardy as the two devices were no longer needed as a primary reason for her employment was to provide these treatments.

On July 3rd, Miss Plewa informed Ms. Peck that she and her fiancé were going to have a baby.

Amanda Holden (left) and Carol Vorderman (right) are among those known to have visited Homefield Grange. The luxury spa has been visited by numerous other famous faces, including Spice Girl Mel C, and former The Saturdays band member Rochelle Humes stayed in a house for a two-day stay

Ms Peck then sent what the court found to be a “very strange email”, part of which read: “Dearest Agata, First of all I would like to say that I am so happy for you and your fiancé that you are becoming parents.

“I know you’ve worked so hard on this and both Hans and I are happy for you both. Homefield has and is seeing a downturn in business since September 2017…

‘In our 14 years of business we have never experienced this situation. As a result, we had to let team members go… It was a real struggle.

“This is not a situation that every entrepreneur likes to face. You are a valued member of our team and, as I mentioned earlier today, a brilliant therapist.

“However, I cannot guarantee that this short-term layoff situation will continue now or if it will get worse before it gets better.

“There are no guarantees on your working hours and most of the team are still on short-term layoffs. 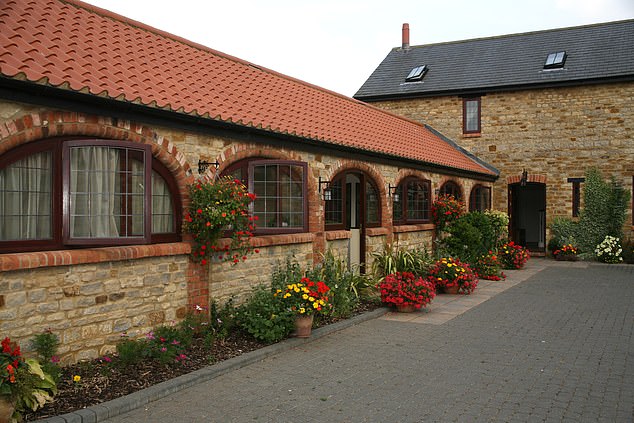 On July 14, Ms Plewa was terminated with one month’s notice, with Ms Peck claiming this was due to the downturn in business and the fact that they could not afford to hire her or guarantee her hours. Miss Plewa later sued Homefield Grange (pictured) and successfully asserted claims of automatic wrongful dismissal and discrimination based on pregnancy

“Overall, I think it’s time you decide what’s best for you and your family. Of course I respect every decision you make. As always, I assure you of our best intentions.’

Then, on July 14, Ms Plewa was terminated with one month’s notice, with Ms Peck claiming this was due to the downturn in business and the fact that they could not afford to hire her or guarantee her hours.

Labor judge Robin Postle concluded: “There is no indication that any of the other beauticians/therapists are to be fired, none of them [whom] was just pregnant…

“That is also contradicted [the company] At the same time that Miss Plewa was released, she certainly took on an additional beautician/therapist.