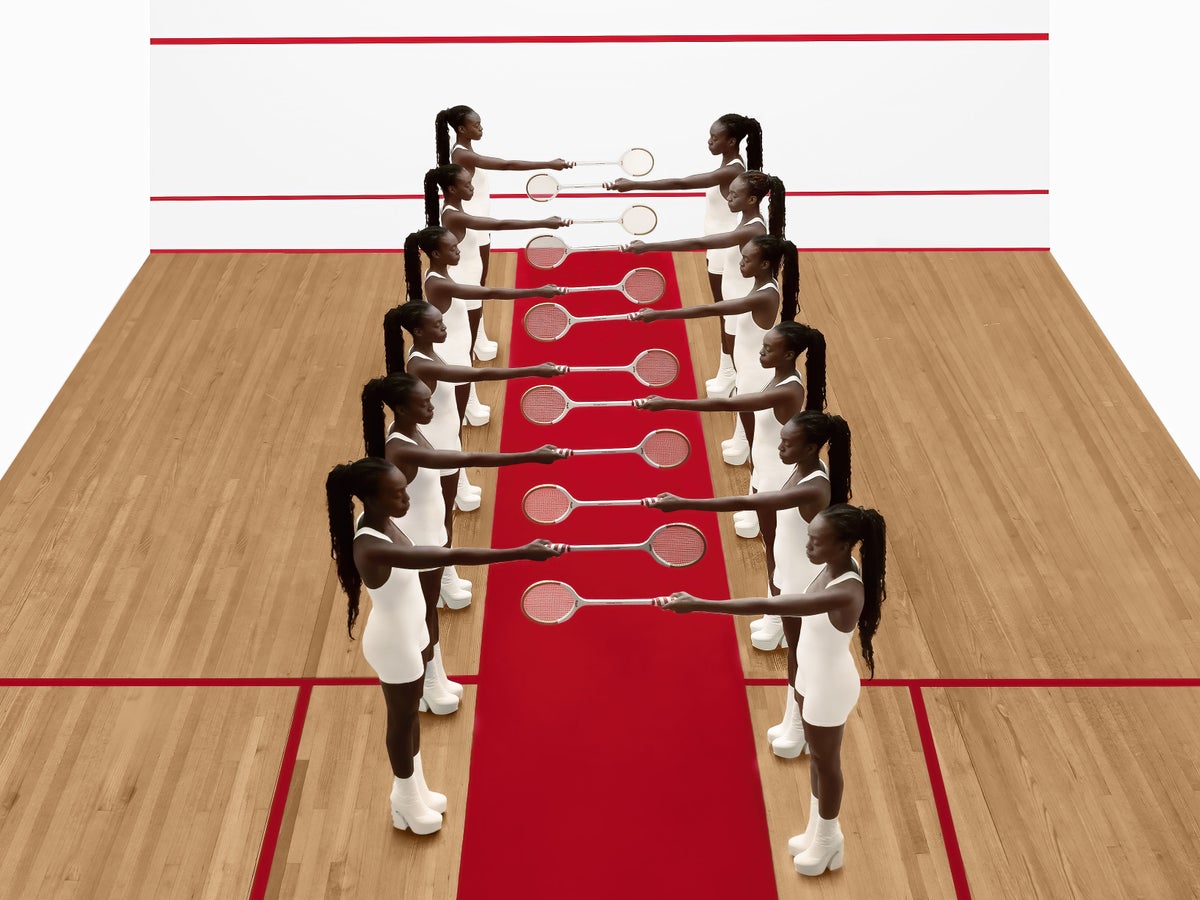 An aerial fine art photographer has used a drone to capture images of squash courts for his latest work inspired by his school days.

The award-winning Australian photographer based in New York, has released a new concept art series entitled unoccupiedwhere he brings his fascination surrealism and geometric art to his audience.

Walls first came up with the idea for his project after visiting a squash court where he used to play in high school. Fascinated by the vast empty space and the lines of the courtyard, he was hooked.

“As an artist, you’re trying to take your work to the next level, to find new scenes, to push boundaries,” explains Walls. “A 20sqm box with a drone was the next challenge. I had to crash.”

Walls is well known for its basin from abovephotography Project in which he took pictures of swimming pools with a drone.

When creating unoccupied, Walls set out to create a clean, clinical, retrofuturistic theme using white and red accents. He said: “To counteract the claustrophobic nature of a squash court, I filled the room with as much white as possible, including the model’s wardrobe, to avoid the scenes becoming too ‘constrained’.”

The Futuro wardrobe that the models are dressed in is used to contrast with the retro nature of the 1980’s squash court. Walls says, “I’ve always loved retrofuturism: the tension between the future and the past is fascinating. movies like Gattaca, Bladerunner and Beyond the black rainbow were crucial to my understanding of the genre.”

As in Walls’ other series, he uses a similar choreographic style, opting for static mid-movement poses. “The direction of movement should be artificially detached from the environment,” he explains. “They tell a story, but I don’t want to give the whole story away – I like the idea of ​​seduction in my work.”

He uses such techniques to translate his vision of subtle geometry into his work. “Geometry gives an indication of permanence in an increasingly contradictory world,” he explains. “People are naturally attracted to it. I maybe even more.”

Brad Walls’ first book, Pools from Above, is due out in October. To learn more about Brad Walls and his aerial photography, visit bradscanvas.com or his Instagram @bradscanvas