The flag was displayed alongside the flags of Australia and the Torres Strait Islanders at Thursday’s gathering of government and business leaders.

Despite being in the background when the Prime Minister spoke at the summit, the issue was not resolved and hung upside down for hours.

The black half of the flag, representing Aboriginal people, was supposed to be up when hoisted, but instead the red half was up. 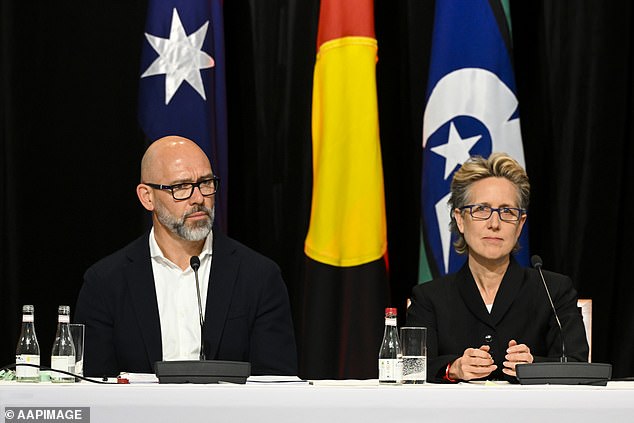 Prominent Aboriginal leaders were shocked that the summit organizers could make such a fundamental mistake and that none of the high-profile attendees seemed to notice.

Senator Jacinta Price said it was ironic that the government had tried hard to show symbolic respect to Indigenous Australians but was so wrong.

“For all the virtuous expressions of respect for Australia’s Indigenous people… and all the efforts to strategically place the flag prominently to express this profound virtue, would you believe that this Albanian government could actually fly it right side up?” She said.

“Especially at such an important and groundbreaking event as the job summit.”

“How ignorant and pathetic it is that our national flag be treated like this… hang it up properly!” he said.

At one point, a group of attendees, including Aboriginal and Torres Strait Islander Social Justice Commissioner June Oscar, took a selfie in front of the flags and appeared not to notice the obvious mistake. 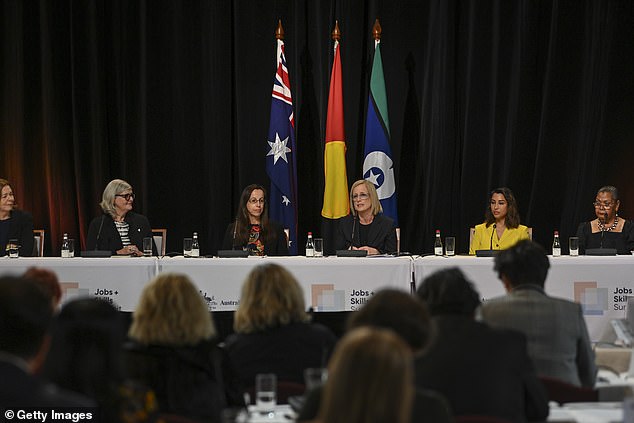 Despite being in the background when the Prime Minister spoke at the summit, the issue was not resolved and hung upside down for hours 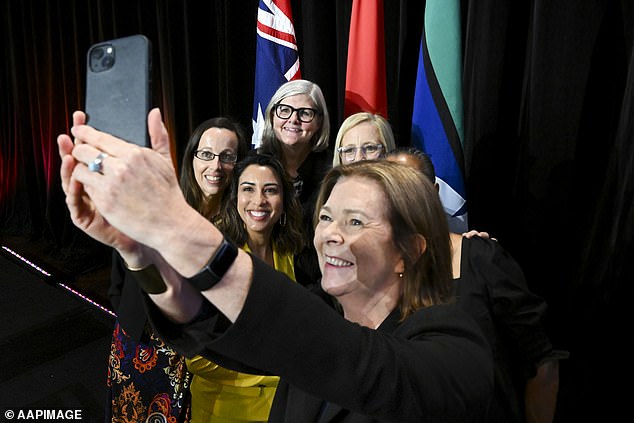 Raising an upside down flag is usually a sign of distress, such as on a sinking ship, and is sometimes performed by protesters at rallies.

Australian flag protocols prohibit flying flags in the wrong direction under any circumstances.

Mr Albanese began displaying the Aboriginal and Torres Strait Islander flags in Parliament and at government events after seizing power in the May 21 election.

At the time, Senator Price criticized the flag show as empty symbolism and prompted One Nation leader Pauline Hanson to storm out of the Senate.

Other Indigenous MPs and leaders believe this is a long overdue acknowledgment of Australia’s pre-settlement history and that First Nations cultures endure to this day.