Through Jason Groves for the Daily Mail

Cabinet colleagues organized a whiplash to buy the first of six volumes of The Wartime Leader, which was the subject of a biography of Mr Johnson.

The Cabinet then posed for a final group photo in Garden No 10, during which the ministers were able to laugh and joke alongside the Prime Minister. 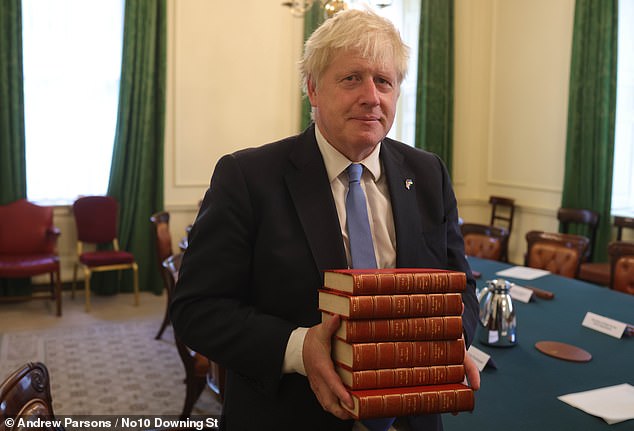 Bittersweet: Mr. Johnson with the books

The gathering was a bittersweet moment, with loyalists sitting next to colleagues who joined a bid to oust him earlier this month. While rebels like Attorney General Suella Braverman and Chancellor Nadhim Zahawi grinned broadly for the cameras, die-hard loyalist Nadine Dorries fought to smile.

Mr Johnson will make his final appearance as Prime Minister at lunchtime on July 20 at the last weekly session of Prime Minister’s Questions before Parliament closes for the summer recess.

He is expected to remain prime minister until September 5, when the Conservative Party elects a new leader, but has ruled out making any major policy changes in his final weeks. 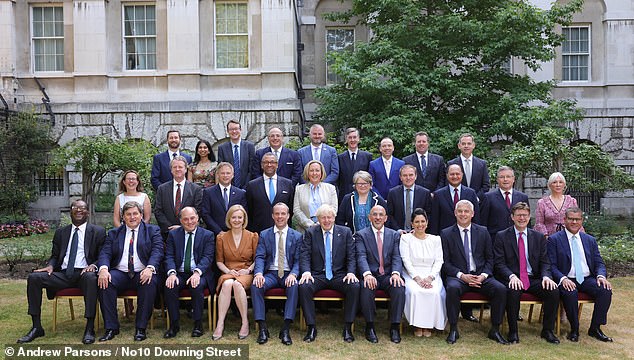 United front: The PM heads into the frame for a final photo in the garden of No 10 with his cabinet, including both loyalists and those calling for his resignation, yesterday 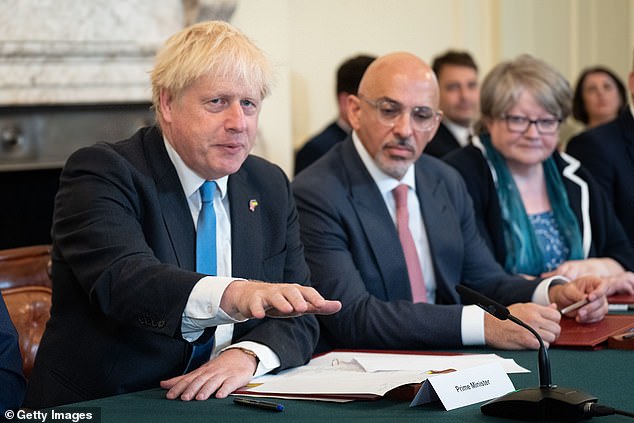 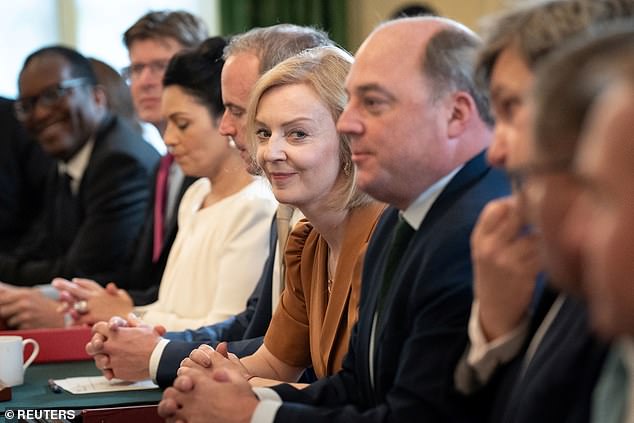 A long-time hero of Mr Johnson’s, Sir Winston chronicled the build-up and events of the Second World War in a famous series of books, informed in part by his own experiences of government during the war.

As Mayor of London, Mr Johnson wrote a bestseller entitled The Churchill Factor about the former Prime Minister. 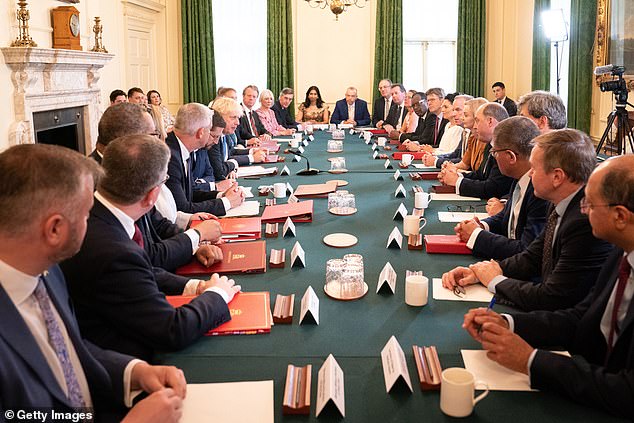 In a farewell speech to the House of Commons on Monday, the prime minister said his government had fought some of the “toughest courts” in modern political history.

He told MPs: “We got Brexit done, although the Rejoiners and Avengers had to plan, plan and bide their time.”