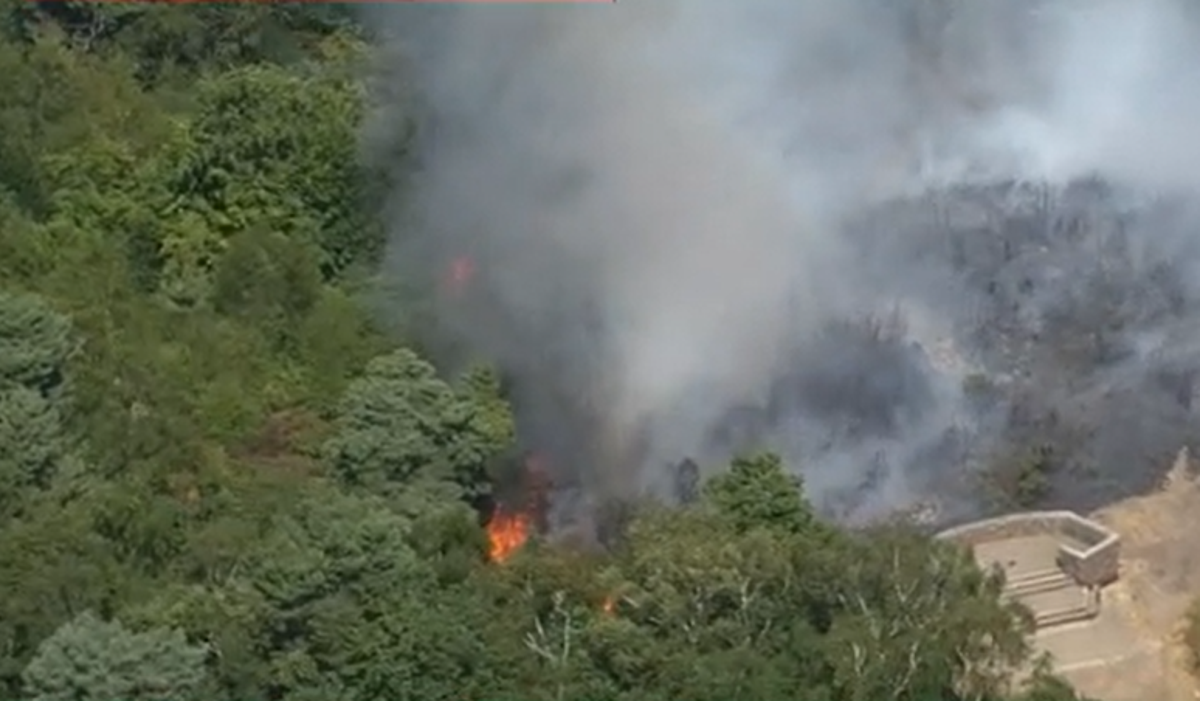 A Fire erupted in Shirley Hills to the south London during a nationwide heatwave.

Flames and large plumes of smoke can be seen rising over the nearby area Croydon as temperatures hit highs of almost 40C in London and other parts of the UK.

London Fire Brigade were called at around 12.07pm and four fire engines and around 25 firefighters are currently battling the Oaks Road fire.

Shirley Hills, also known as Addington Hills, is one of south London’s largest parks and consists mainly of woodland and heathland.

“Common causes of grass fires are carelessly discarded cigarettes or matches, as well as litter such as glass bottles, which can cause flames by amplifying the sun’s rays.

“Each of us can help reduce the risk of fire and help keep our communities clean, ensure rubbish is thrown away safely and cigarettes are always disposed of properly.

“If you see a grass fire, do not try to put it out yourself as grass fires can spread very quickly and change direction without warning. If you see any sign of smoldering grass, call the brigade and let us know where the fire is.”

Another four fire engines are also dealing with a separate grass fire at Chapel View in South Croydon, where about an acre of woodland is currently ablaze.

This story goes on.