A Brooklyn man who allegedly shot his ex-girlfriend on his way home from work at IHOP staked her out for nearly five hours before the execution-style murder.

Prosecutors say Clarkson Wilson, 44, who has a long criminal record, “waited and paced in front of the IHOP” for hours on East 14th Street in Manhattan before spotting and following Imani Armstrong, 25.

Wilson approached Armstrong as she exited the restaurant and shot her in the back of the head, Assistant District Attorney Samantha Levitz alleged in his arraignment in the Manhattan Criminal Court.

Wearing the same “Street Fighter” video game T-shirt he wore when he was arrested, Wilson stood emotionless before Judge Abraham Clott as he ordered him held without bail.

The fatal shooting is believed to stem from a domestic dispute between Wilson and Armstrong, who was an exotic dancer.

The murder was the second murder in just two days in the 13th district, according to police New York Daily News. 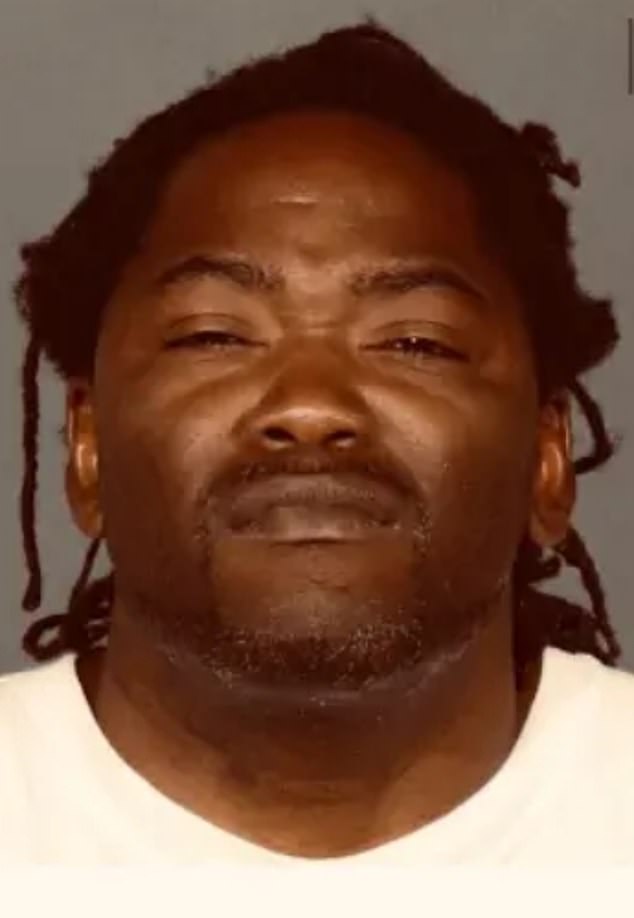 Clarkson Wilson, 44 (above), who has more than 20 arrests on his criminal record, appeared in court on Sunday where he was ordered to be held without bail after allegedly shooting and killing Imani Armstrong, 25, last week 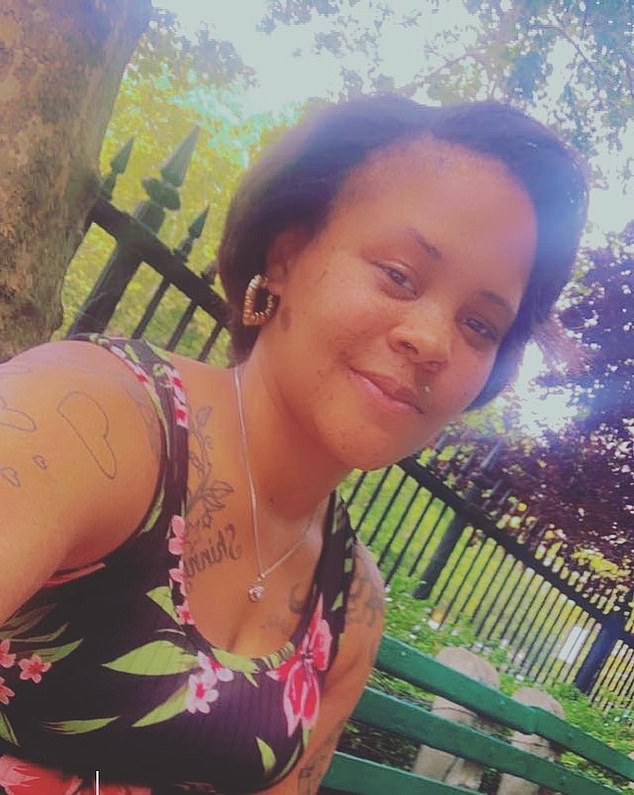 Armstrong, an exotic dancer and IHOP employee, was on her way home from work at the restaurant when she was gunned down last week 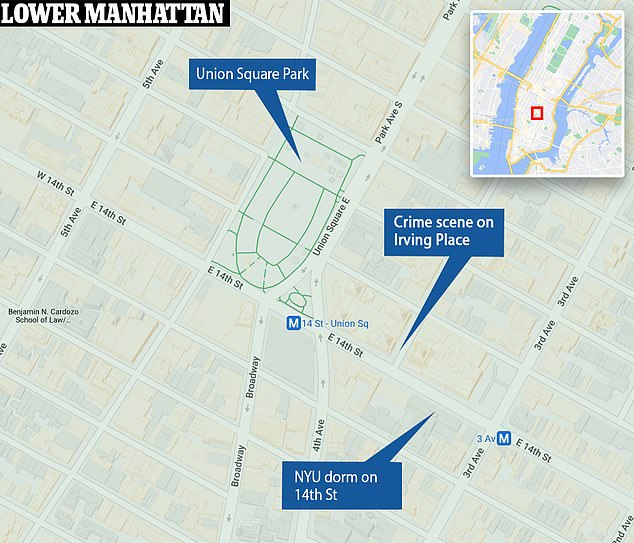 The murder occurred on Irving Place, shockingly close to some of New York’s East Village’s busy hubs, including NYU’s University Hall dormitories and Union Square, which has one of the busiest subway stations in the city

Wilson, the father of one of Imani Armstrong’s children, was taken into custody Saturday after the mother-of-three was fatally shot in the head on a street corner near Union Square early Thursday morning.

Video footage reportedly shows how the murder unfolded and ended with Wilson fleeing to a subway station where he changed his clothes before boarding a train to Brooklyn, Levitz claimed.

Investigators searched Wilson’s home and found two guns in a safe and clothes he wore during the shooting and what he wore after he changed his clothes.

Levitz claimed during Wilson’s arraignment on Sunday that he is a risk of absconding and has money after social media posts showed him with large amounts of weed and money, and that he admitted to selling the drug.

Wilson has a long history, including eight arrests – most recently a strangulation case, police sources told the Daily News. He was also convicted of attempted robbery in 2000 and spent three years in prison.

Sources told the Post that Wilson has at least four complaints against him for alleged domestic violence dating back to 2014, but it remains unclear if any of the complaints came from Armstrong.

In an April 2021 report, a woman accused Wilson of choking her during an argument.

Another complaint in September 2014 was filed by Wilson’s ex-wife, sources told the Post, who claimed he choked her and pushed her against the wall after grabbing her phone.

Police said the investigation is ongoing as they question Wilson about Armstrong’s murder. 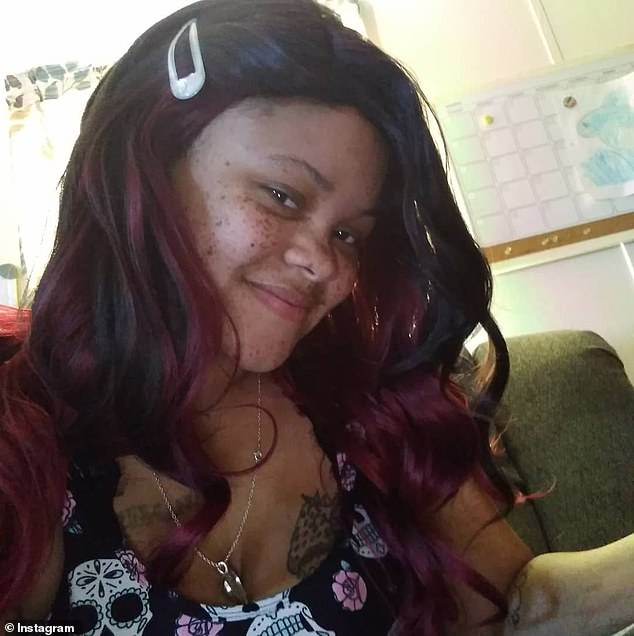 The fatal shooting is believed to stem from a domestic dispute between Wilson and Armstrong, who was an exotic dancer 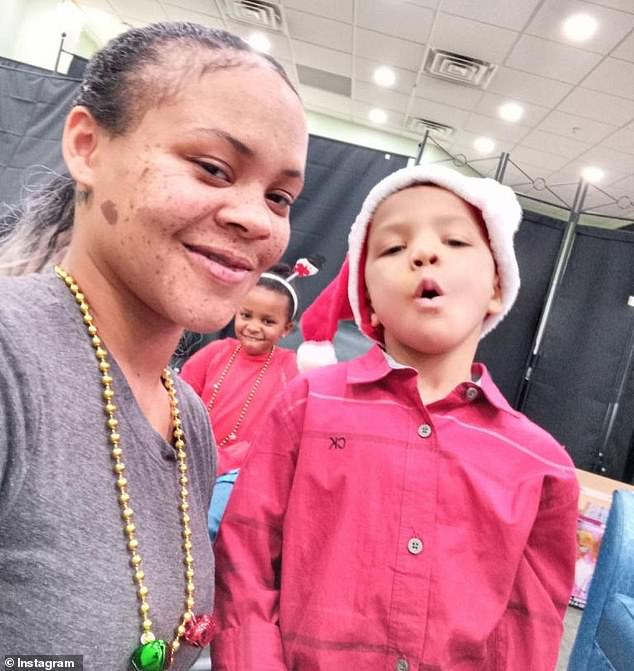 The victim was a mother of three, with police sources saying Wilson was the father of one of her children. Pictured: Armstrong (left) in a Christmas photo with two of her children 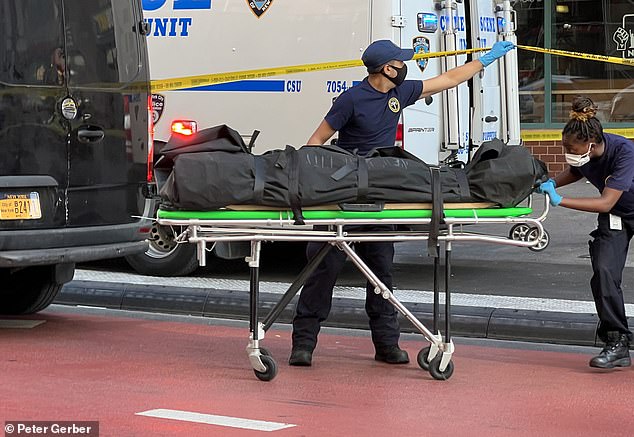 Armstrong’s body was seen being loaded onto a stretcher, wrapped tightly in a black body bag and tied down with straps after the shocking murder near Union Square Park 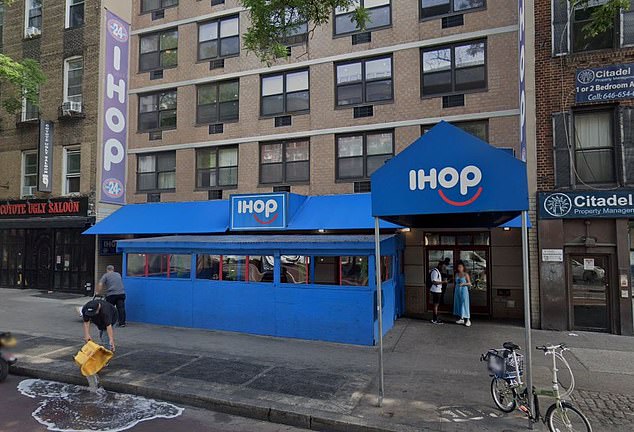 Police responding to an 911 call around 5am Thursday found the victim unconscious with a bullet to the head.

The NYPD Crime Scene Unit quickly erected a tent to protect the body from onlookers near the corner of East 14th Street and Irving Place.

A street vendor named Manny told the Post he was “cooking” when he “heard a loud bang.”

‘ I said, ‘Oh shit, what was that?’ I thought it was a car or a truck [that] crashed. I ran outside and saw the lady on the sidewalk,” he said.

He claimed he heard “no commotion” before the shooting. 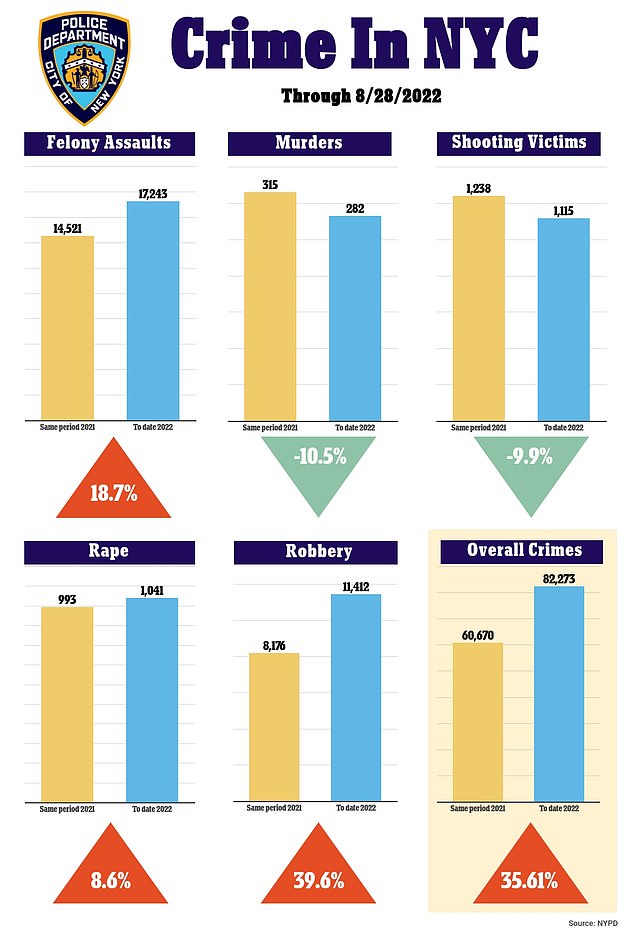 It was the second murder in New York’s 13th Ward in two days when Jamal Burton, a 38-year-old man from East New York, was stabbed to death near Chelsea.

Burton reportedly got into an argument with his killer, which turned into an altercation that resulted in the other man repeatedly stabbing Burton in the chest, killing him.

While shootings and homicides have declined slightly, major crime in NYC is up about 36 percent compared to the same time last year.