A police officer in the southern Brazilian state of Paraná murdered six of his family members and two random strangers before shooting himself with his work gun because he reportedly couldn’t accept that his wife wanted to end their marriage.

Fabiano Garcia, 37, chased down his wife, 28-year-old Kassele Mendes, and his 12-year-old stepdaughter Amanda Menes, and stabbed them both at their home in the city of Toledo, in Paraná, after finishing his shift just after 7 p.m. time, said the military police.

Garcia then traveled to the home of his mother, Irene Garcia, 78, and stabbed her to death before using his service pistol to shoot his brother Claudiomiro Garcia dead. Both victims were found in their respective rooms. 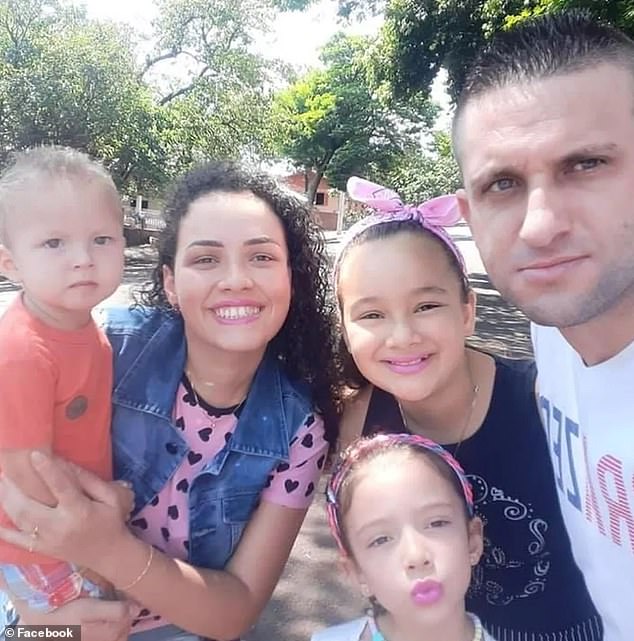 Brazilian police officer Fabiano Garcia with his family (left to right): four-year-old son Miguel Garcia; 28-year-old wife Kassiele Mendes; 12-year-old stepdaughter Amanda Mendes; and nine-year-old Kamili Garcia. Fabiano Garcia, who was a member of the Toledo, Paraná Military Police, killed his family as well as his mother and brother and two teenagers he reportedly did not know Thursday before shooting himself in his car early Friday 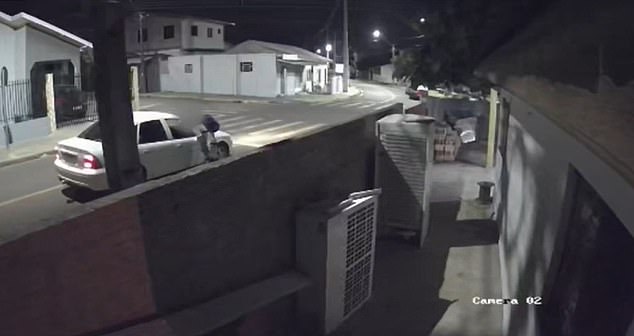 A surveillance camera captured the moment when Brazilian police officer Fabiano Garcia approached 17-year-old Kaio da Silva and engaged him in conversation before shooting dead him in Toledo, Paraná, on Thursday night

According to Brazilian news agency G1, the police officer is believed to have visited his mother-in-law’s home in the city of Céu Azul and shot dead his four-year-old son Miguel Garcia and nine-year-old daughter Kamili Garcia.

Surveillance video showed Fabiano Garcia pulling up on a street before da Silva walked to the passenger-side window. It seems they are having a discussion. 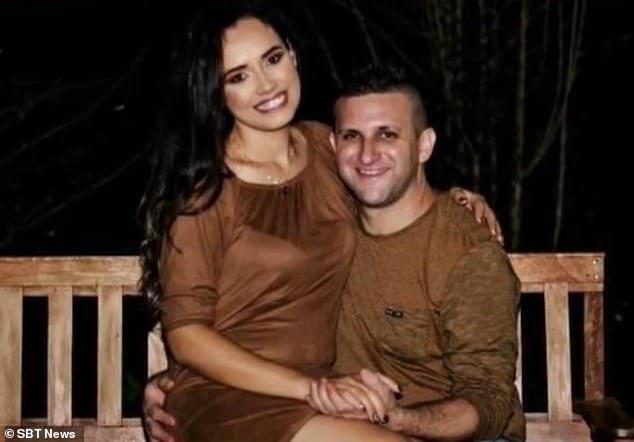 Kassele Mendes (left) is said to have upset her husband Fabiano Garcia (right) because she wanted a break from their marriage. Garcia killed Mendes Thursday night along with her stepdaughter, their two children, his mother and brother, and two teenagers he reportedly didn’t know 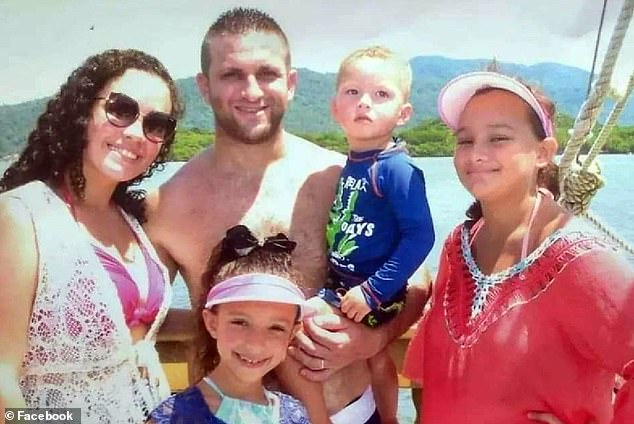 Brazilian police officer Fabiano Garcia (centre) stabbed his wife Kassele Mendes (left) and 12-year-old stepdaughter Amanda Mendes at their home in the city of Toledo in Paraná, and then visited his mother-in-law’s home in the city of Céu Azul, where he found his four-year-old son Miguel Garcia (pictured in his arms) and nine-year-old daughter Kamili Garcia (bottom center).

Fabiano Garcia then shot himself in his own car early on Friday.

A voice memo ahead of the killings revealed that the police officer was concerned about the breakup with Kassiele Mendes. He was also upset by the mounting gambling debts and said he committed the murders because he didn’t want to leave responsibilities to loved ones.

Military Police said Fabiano Garcia did not present with any mental health problems.

“The Public Security Secretariat deplores the case in Toledo and Céu Azul and informs that the civil, military and scientific police will spare no effort to investigate the reasons for the events,” said the 19th Military Police Battalion in a press release.