A drunk-driving beautician who sensationally told a court she became intoxicated by consuming vodka through her eyeball just seconds after parking her sports car has been banned from driving for 18 months.

Chelsey McDonald, 30, tested almost twice as much alcohol Limit when police stopped her shortly after exiting her orange BMW 218 convertible to go to a bar with friends in West Derby, Merseyside, on November 13 last year.

But the mother-of-two insisted she’d been completely sober during the drive and that she and her friends only poured vodka into their eyeballs after she was safely parked.

McDonald told the judges, “One of the girls said, ‘Shall we put it in our eyeball?’ Apparently, that gets you drunk a lot quicker than swallowing it.”

“I was just excited, I couldn’t wait to get out, park the car and have a drink.”

At Sefton Magistrates Court, McDonald, from Huyton, Liverpool, denied driving under the influence but was convicted after a trial where prosecutors condemned her defense as ‘ridiculous’. 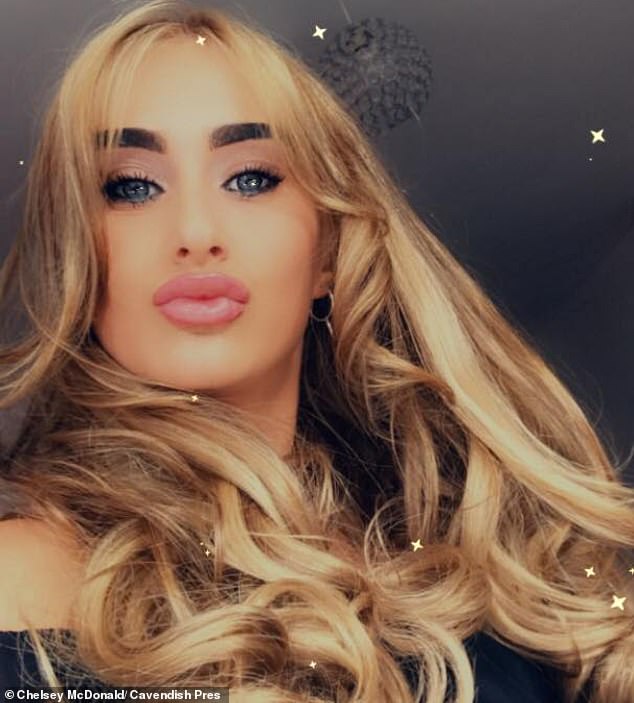 Chelsey McDonald, 30, was testing almost double the alcohol limit when police stopped her shortly after stepping out of her orange BMW 218 convertible to go with friends to a bar in West Derby, Merseyside, on November 13 last year 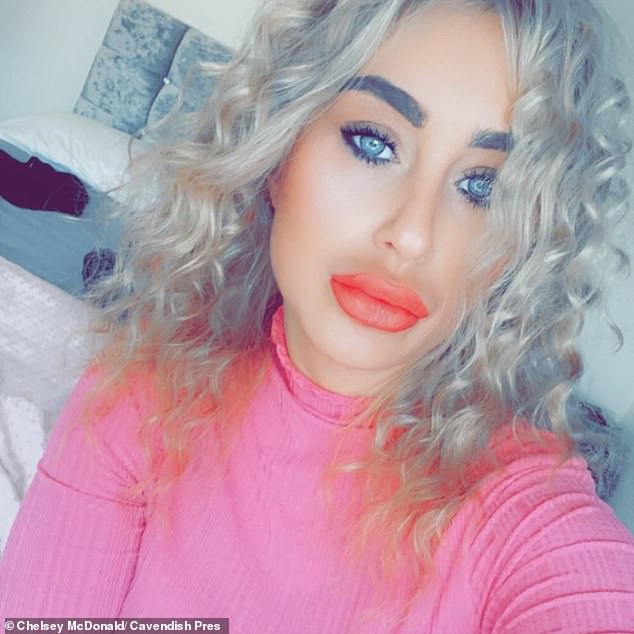 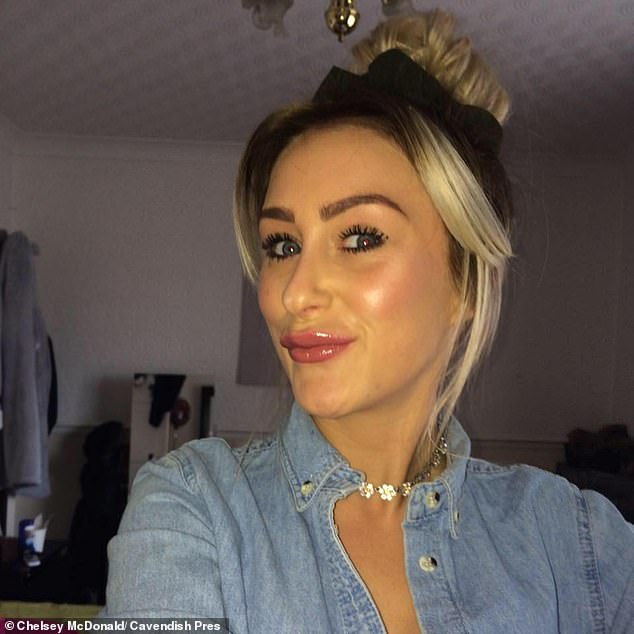 In court, McDonald (pictured) told the judges: “One of the girls said, ‘Shall we put it in our eyeball?’ Apparently, that gets you drunk a lot quicker than swallowing it. I was just excited’

She was also found guilty of assaulting an emergency responder after kicking a police officer in the chest and stomach during her arrest. An officer said a half-full 350cl bottle of vodka was discovered in her purse.

In addition to the driving ban, McDonald was ordered to a 12-week curfew from 7pm to 7am and ordered to pay £395 in costs and a victim’s surcharge.

The bizarre incident began after a member of the public called police to raise concerns about McDonald’s driving.

She was seen making a right turn in a parking lot without signaling and just as a taxi exited. As a result of the maneuver, she temporarily blocked the road and caused an oncoming car to stop.

As McDonald got out of the car, she was seen “doing a little dance” and hugging one of her friends, then stumbling slightly in her long black boots before the trio headed to the pub. The police caught up with them just before they reached the door.

Police bodycam footage showed McDonald repeatedly asking, “What’s going on?” and ‘Why are you arresting me?’ then became aggressive after her phone was confiscated.

When she pleaded with officers, they told her she was “highly intoxicated” and had been seen driving her car.

At one point, McDonald apologized, but then lashed out with her legs as she was handcuffed. She kicked a PC in the chest and cuffed her legs.

Tests showed McDonald had 63 micrograms of alcohol in 100 milliliters of breath, where the legal limit was 35 mg. 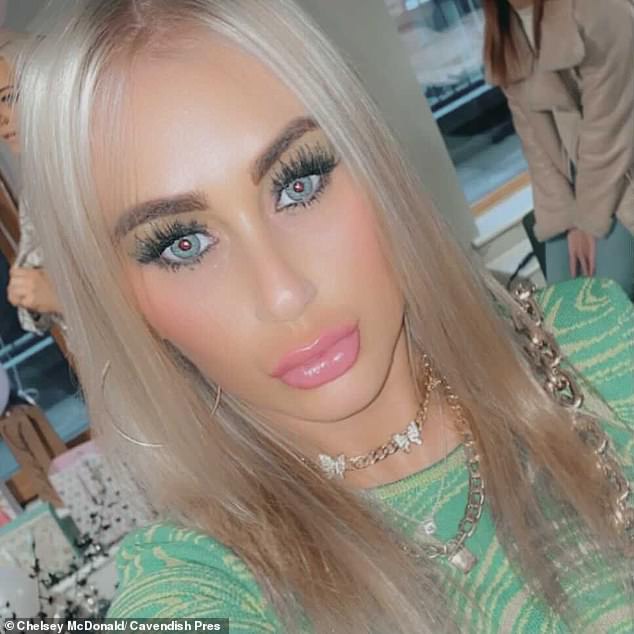 In addition to an 18-month driving ban, McDonald was also sentenced to a 12-week 7pm-7am curfew and ordered to pay £395 in costs and a victim’s surcharge 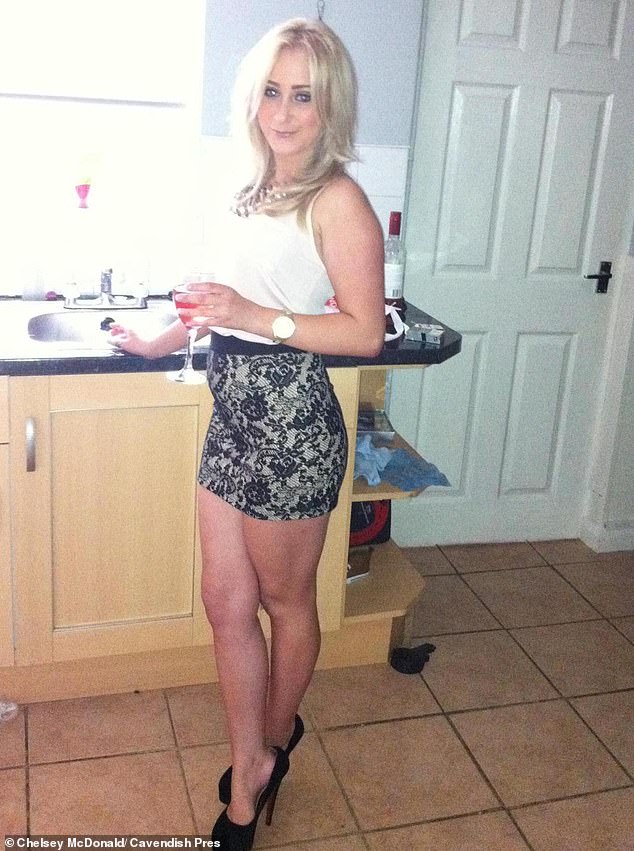 McDonald previously drank vodka in her eyes, saying it was painful but not “excruciating.”

She said: “I know it was a pretty bad bit of driving. I didn’t use my turn signals, but it was more like, “Let’s park the car so we can spend the night”. It had been a stressful day.’

“When the police came, I didn’t know what was going on. I only heard the word “drunk”. Nobody came and explained it to me in a nice way. It was very rough.’

Prosecutor Paula Grogan told the court it was “virtually impossible” for McDonald and her two friends to have completed the bizarre drinking games in the 14 seconds between their parking and getting out of the car. 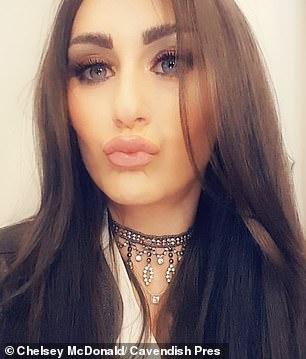 In defense of McDonald’s, her attorney, Keith Webster, described her story as “so insignificant, so painful” before suggesting it might be true

“You see them in the car for a maximum of 14 seconds before you get out. I’m saying it shows all the actions of someone who is drunk.

“Nothing on the video indicates her eye is sore and she doesn’t mention it to the officer. That’s because it’s not true.

“It’s something she came up with to get out of this very sticky gate she’s in. She wasn’t happy with the concept of spending a night in the cells.”

Former PC Jordan James told the hearing: “She was heavily intoxicated, slurred, unsteady on her feet and her eyes were glassy. She didn’t seem entirely to agree. She was not cooperative with the officials.

“She was handcuffed and after taking her cell phone, she became very erratic, thrashing about and generally disruptive, which escalated both physically and verbally.”

In defense of McDonald’s, her attorney, Keith Webster, described her story as “so minor, so painful, that wouldn’t it be something anyone would say if it weren’t true?”

In delivering the verdict, Judge Christina Hill said, “We believe it is implausible that alcohol levels could be reached by drinking in the parking lot in the manner you have suggested.”