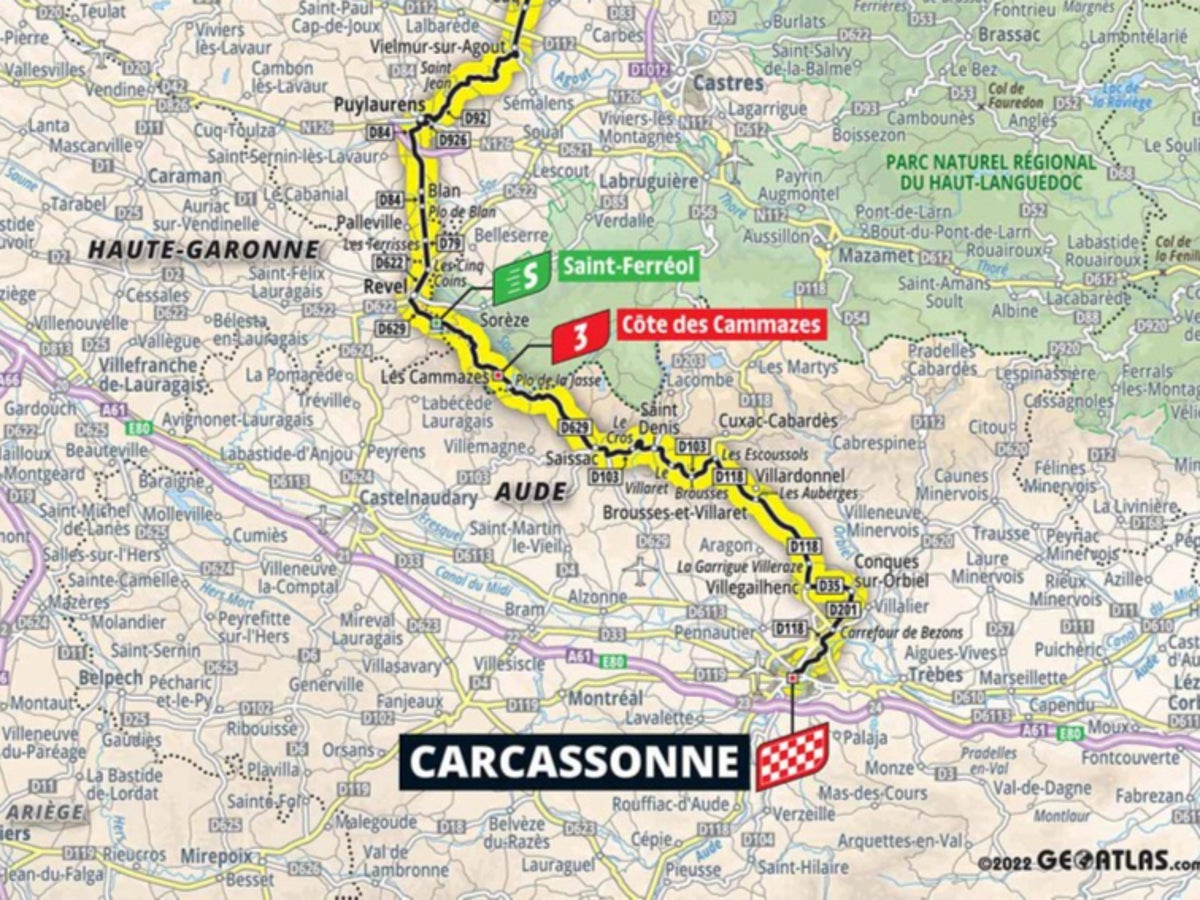 It’s been an agonizing week for the sprinters at the Tour de France as they trudge across the Alpine mountains in search of another chance at a stage win.

While the punchier Micheal Matthews won the 13th stage in St. Etienne Yesterday the likes of Fabio Jakobsen, Dylan Groenewegen, Caleb Ewan and Jasper Philipsen focused on this stage to get through those grueling days in and out of the saddle.

But now the sprinter teams have a riding day that suits them again. Race director Christian Prudhomme said it could be a stage for the break, but you don’t envisage the quick-step and bike-exchange ending in anything other than a bunch sprint.

The problem they have? A man named Wout van Aert. The Belgian, who has already won two stages of this year’s race, will be eyeing a third as he continues his dominance of the Green Jersey competition.

As long as the peloton controls the distance to the day break via the two categorized climbs – category three Cote d’Ambiante (4.4km length, 4.6% gradient) and Cote des Cammazes (5.1km, 4.1%) , should we be expecting a scorching finish between the fast men of the peloton.

The stage is scheduled to begin around 12:05pm BST and is expected to finish around 4:40pm BST.

So you see today on TV and online

Every day live races are shown on ITV4 before the highlights, usually at 19:00 every day. Times are listed on ITV’s website here.

It will also be shown on Eurosport’s Discovery+ streaming service with broadcast information here.